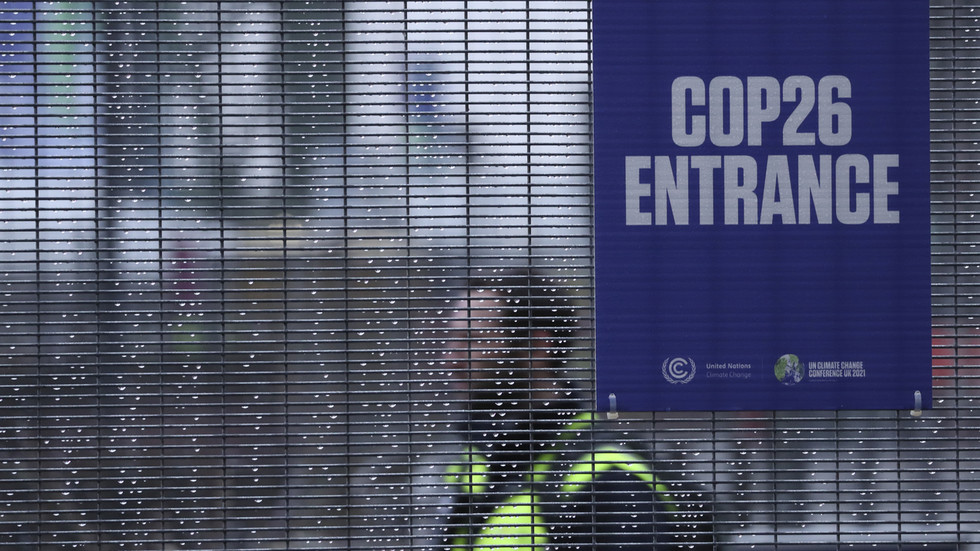 ‘Them and us’: Vaccine passport rules for public but not world leaders at COP26 spark outrage over dual Covid standards

The COP26 UN Climate Change Conference has been accused of holding world leaders to different Covid-19 standards than the general public after its rules revealed vaccine passports are only mandatory for normal ticket holders.

Social media users pointed out on Saturday – just one day before the conference in Glasgow, Scotland – that those who will be attending COP26’s public Green Zone events will be required to show proof of Covid-19 vaccination.

“In accordance with Scottish Law, COVID-19 vaccine passports are needed by all visitors to the Green Zone aged over 18 (unless exempt),” the official COP26 website declared, adding that attendees will need to “show that they have been fully vaccinated at least two weeks prior to the date of entry.”

Separate instructions for those attending COP26’s more private Blue Zone events, however, do not mention any vaccine passport requirements and instead state that attendees need to take Covid-19 tests and present proof of a negative result “every day before departing for the Blue Zone.”

Another document listing vaccine passport requirements for attendees also featured the disclaimer that “separate guidance has been provided through diplomatic channels” to those who have been “invited” by the UK government to the conference, including world leaders.

Protesters on social media soon accused COP26 of enforcing dual standards for the wealthy and powerful, branding it a “them and us” situation and plain, old-fashioned “hypocrisy.”

“Is this acceptable to you? Free movement for the rich and powerful, vaccine passports for the great unwashed virus spreaders that we used to call ‘people’,” tweeted talkRADIO host Julia Hartley-Brewer, while another Brit said, “Lack of freedom of movement is fine if we're all gonna participate - but if the rich can go jet-setting, why not everyone else?”

One Blue Zone pass holder, however, defended the rules, claiming that the requirement to “show a negative test result” every day is “rather more stringent than a simple vacc passport” – which prompted others to then question why it wasn’t an option for the general public.

US President Joe Biden, UK Prime Minister Boris Johnson, and French President Emmanuel Macron are just a few of the world leaders set to attend the conference, along with other members of high society, including Prince Charles.