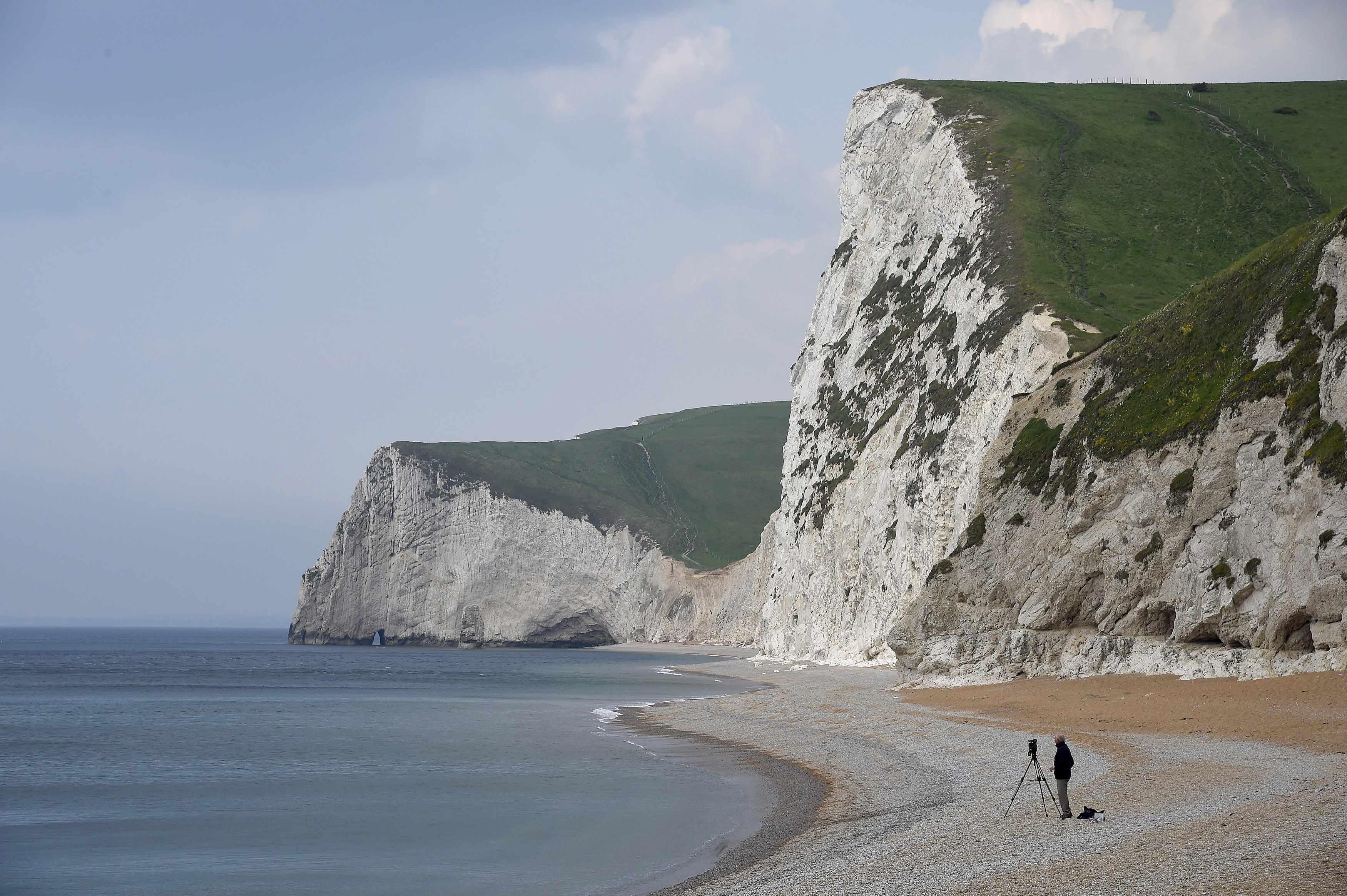 France, Britain Divided by Much More than La Manche

The French call it La Manche, or the sleeve, while the more proprietorial British refer to the narrow arm of the Atlantic separating England’s southern coast from the northern coast of France as the English Channel.

At its narrowest point it is just 33 kilometers, but when it comes to the state of Anglo-French relations these days it might as well be as wide as an ocean.

For weeks now the British have been trying to arrange sit-down talks between Prime Minister Boris Johnson and French President Emmanuel Macron, but to no avail. British diplomats say Paris won’t agree to a date for a bilateral summit. Their French counterparts say they doubt a sit-down between the two leaders would accomplish anything. 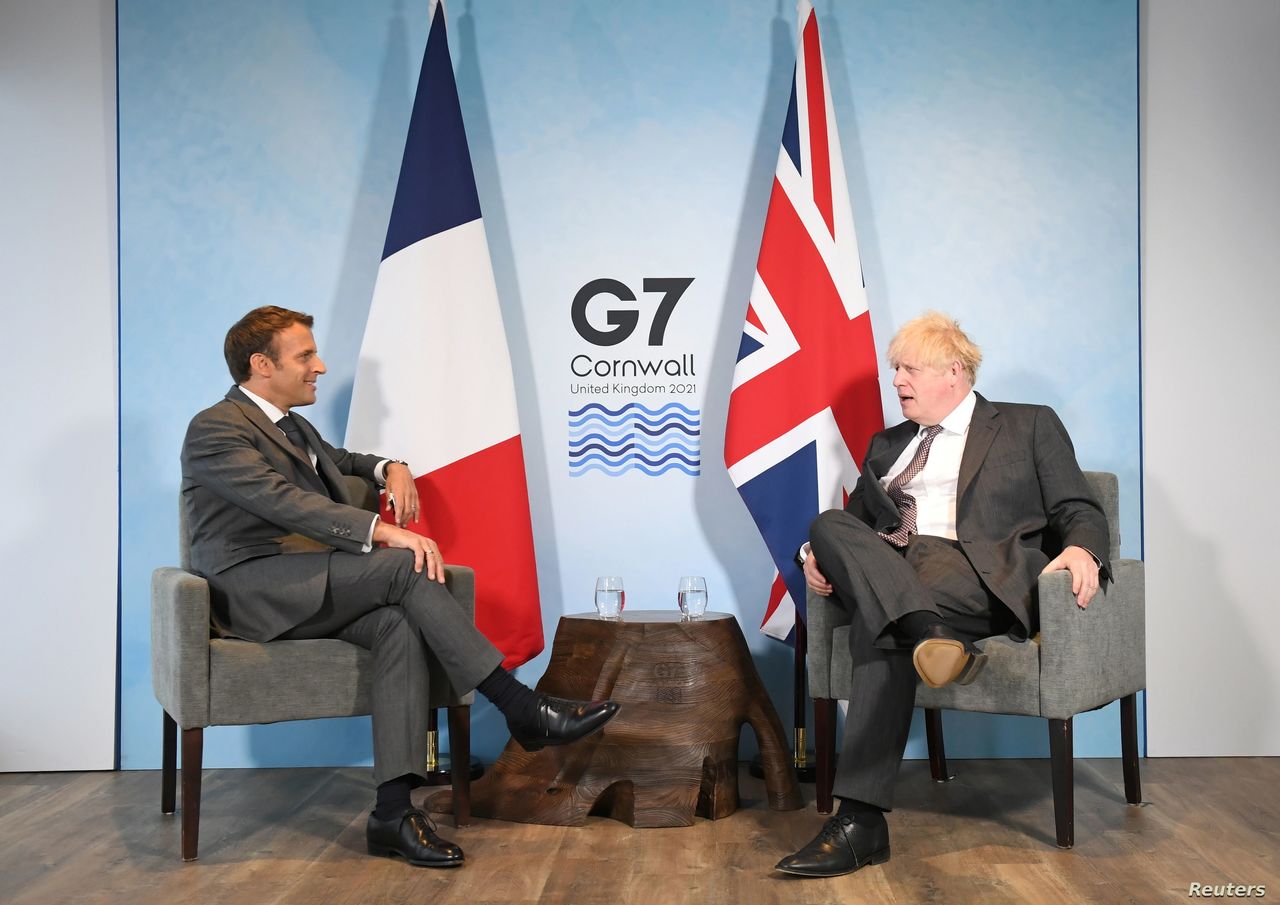 The last time the pair met was at the annual G-7 summit of advanced nations held in Cornwall in June and it led to a bruising dispute over cross-border rules for Northern Ireland, which is treated differently under the terms of the Brexit agreement. Johnson wants a renegotiation.

A British claim that the French leader told Johnson that Northern Ireland was not part of the same country as the United Kingdom anymore, drew anger in Britain and fury in Paris, where French officials said Macron’s remark was taken out of context.

As The Times newspaper put it last week, with a twist of British understatement: “The entente cordiale seems less than cordial nowadays.”

The Entente Cordiale was a set of agreements signed in 1904 between Britain and France, which marked a significant improvement in Anglo-French relations after decades of rivalry in a scramble for African colonies. Now the British accuse the French of “crossing the street to pick a fight every day,” and the French countercharge the British are trying to wiggle out of the divorce agreement they struck with the EU and of not keeping their word.

Some former British diplomats agree there might be little point in a Johnson-Macron face-to-face. “The bilateral rows are more numerous and more public than at any time since the major rift over Iraq in 2003. Some level of trust has to be rebuilt before a summit would be worthwhile,” tweeted Peter Rickets, a retired senior diplomat and former chairman of Britain’s Joint Intelligence Committee under Prime Minister Tony Blair.

In some Western defense and foreign-policy circles frustration is rising about the Anglo-French antagonism. “A strong Europe and indeed a liberal Europe cannot be built without Britain,” Vernon Bogdanor, professor of government at King’s College London, wrote last week.

“So, the success of post-Brexit Britain is a key French interest, just as a strong liberal France is a key British interest. The needs of European defense, together with the overriding need to preserve a liberal order in France and in Europe, make it imperative that the current mésentente [disagreement] be replaced with a new entente cordiale,” he added.

Bogdanor blames the French more for the deterioration, arguing Macron sees Brexit “not in geopolitical terms but primarily as an opportunity for French financial and business interests,” and accuses him of trying to marginalize Britain. French observers see Britain as the culprit and maintain Johnson and his ministers resort to criticism of France for domestic political reasons. 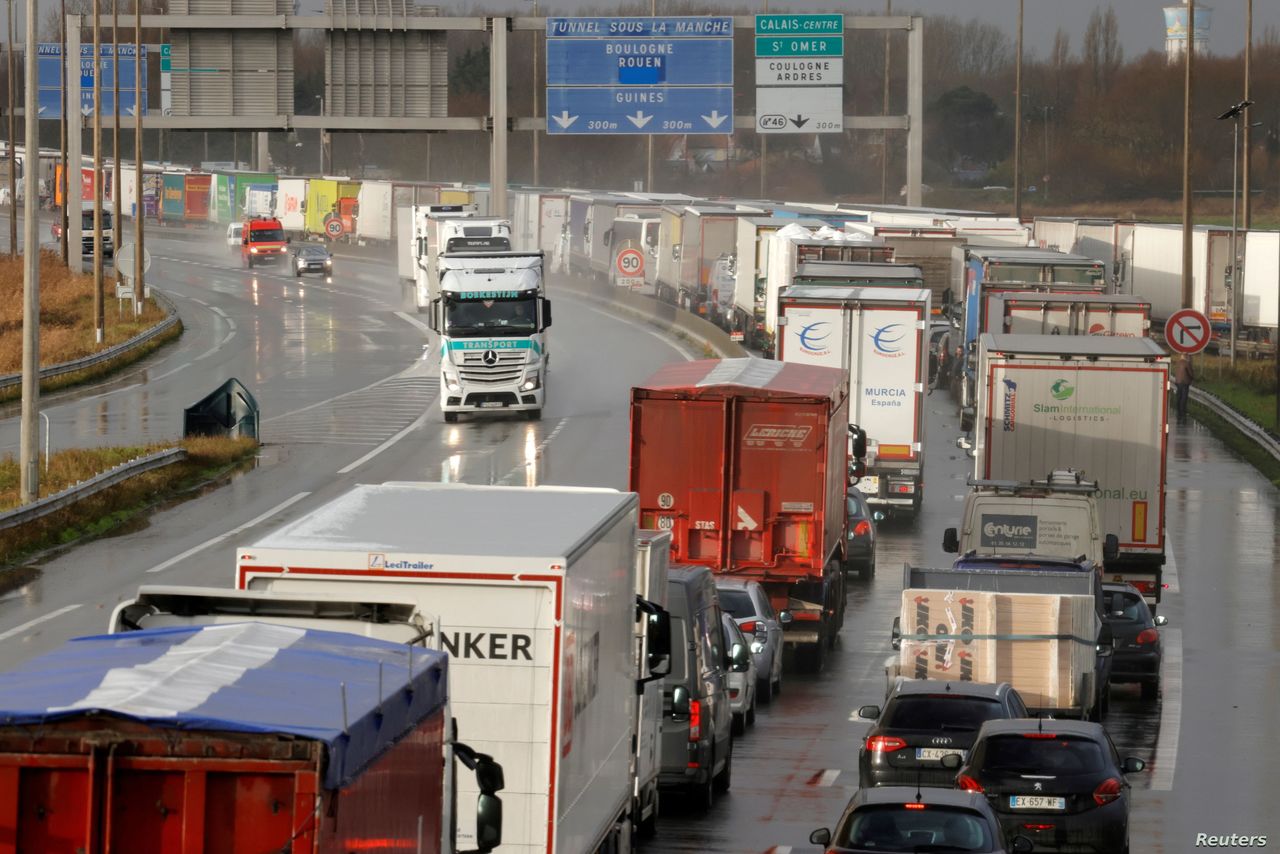 Trucks queue on the A16 highway to enter the Channel tunnel in Calais, northern France, Dec. 17, 2020.

Since formally departing the European Union more than year ago — and in the years of ill-tempered negotiations between Brussels and London leading up to Brexit — hardly a week has gone by without the British and French sniping at each other, squabbling that’s amplified by Britain’s notoriously Francophobe tabloid press and France’s equally patriotic media.

In his New Year address in January, Macron assured Britain that France would remain a “friend and ally” despite Brexit but slammed the British decision to leave the bloc as one born from “lies and false promises.” 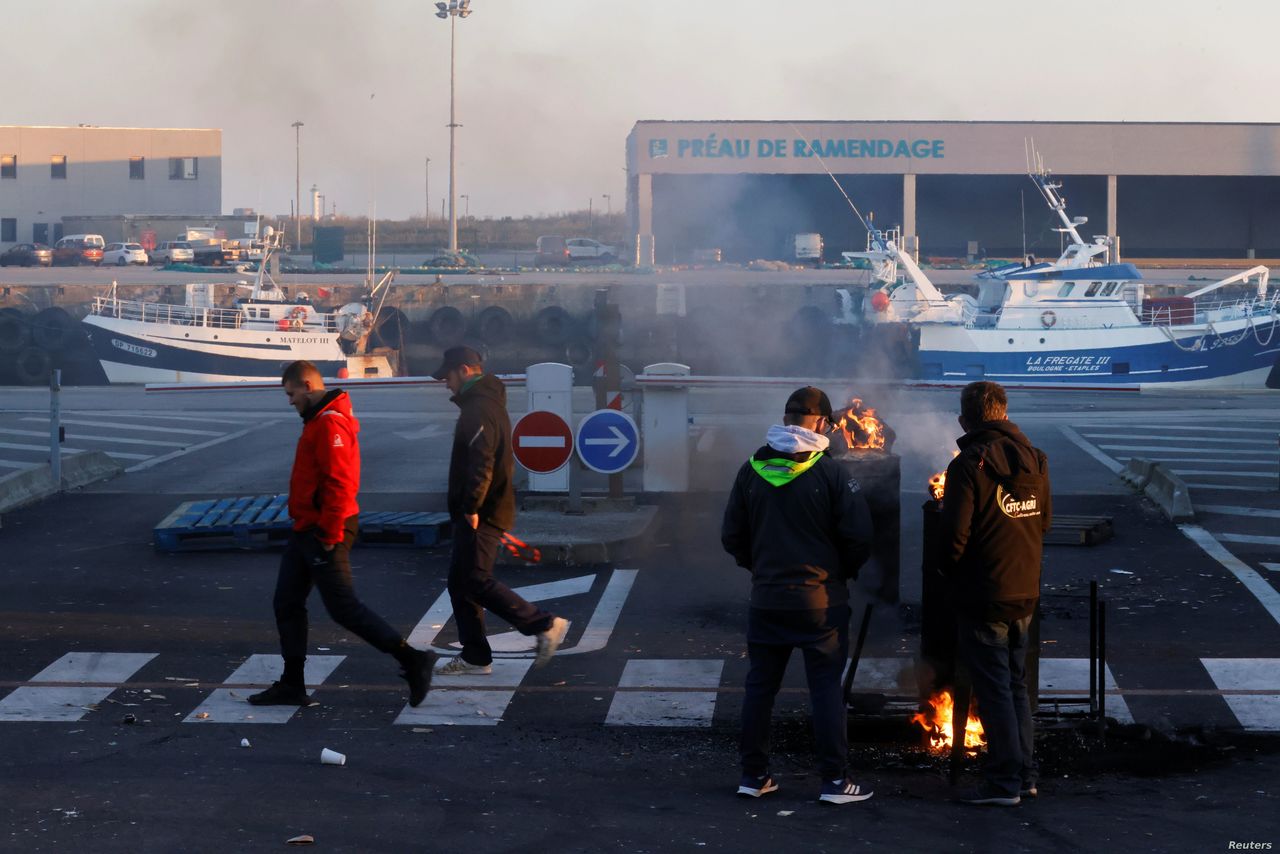 French fishermen block trucks carrying UK-landed fish to protest for the slow issuance of licenses to fish inside British waters, at the fishing port in Boulogne-sur-Mer, France, Apr. 23, 2021.

This year alone the countries have clashed over post-Brexit fishing rights for French trawlers off the coast of Britain’s Channel Islands. Johnson deployed Royal Navy vessels to the area as Paris threatened to cut off electricity to the island of Jersey. France responded by sending patrol ships to protect French trawlers.

And the two have bickered over cross-Channel migration with London accusing French authorities of not doing enough to stop migrants and asylum-seekers — more than 10,000 a year this year so far — crossing La Manche in dinghies and small boats. 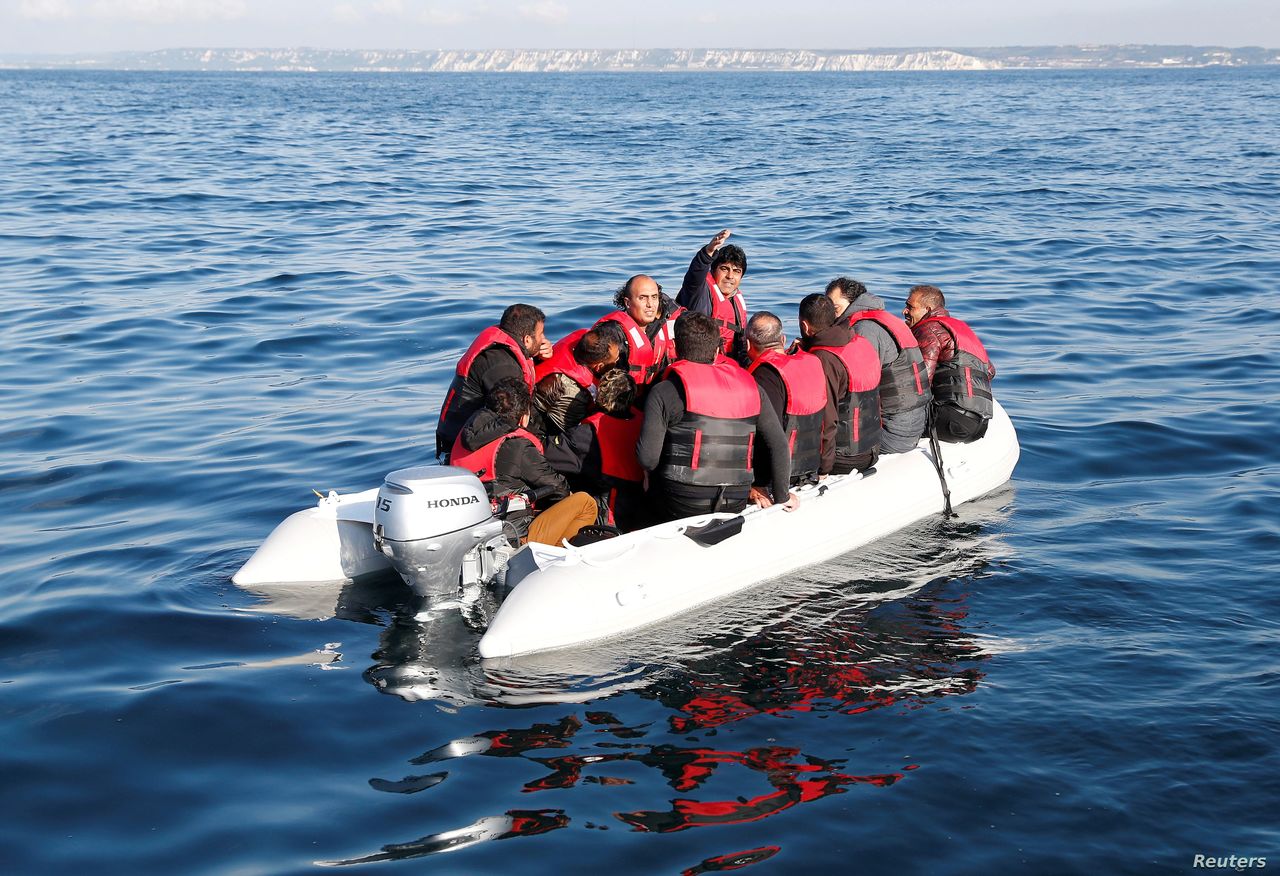 Migrants who launched from the coast of northern France cross the English Channel in an inflatable boat near Dover, Britain, Aug. 4, 2021.

The pair clashed also over supplies of the Covid vaccine made by Astrazeneca, a British-Swedish company, with the French left fuming at the Johnson government’s frequent readiness to compare the speed of the vaccine rollout earlier in the year in Britain with the much slower inoculation programs in France and the rest of Europe.

British pandemic travel rules that singled out travelers from France, until last week, and were stricter than those coming from other EU countries, were slammed as unjustified by Paris.