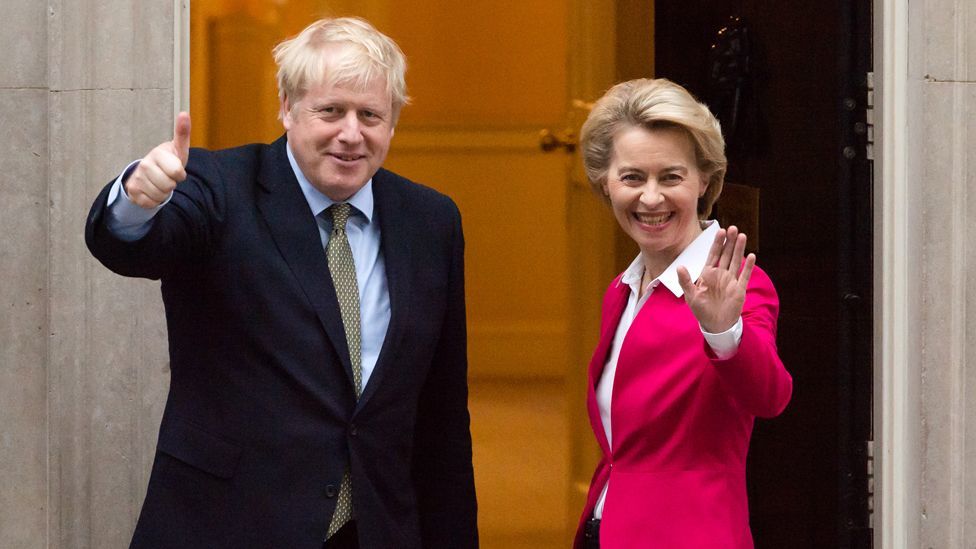 Is the European Union rubbing its hands with glee at Boris Johnson's downfall? Yes, but also no.

When asked by journalists on Thursday if any extra bottles of champagne had been ordered in response to news of his resignation, an EU spokesman drily responded: "We have a very limited consumption of alcoholic beverages in the (European) Commission."

This is a presumed dig at Mr Johnson, who recently admitted there was "a problem with alcohol" in UK political circles. He was also accused of tolerating and attending boozy gatherings at Downing Street during the strict Covid-19 lockdown. It was one of the many scandals that have now resulted in him being politically forced from office.

Sneers and smirks are all over the European press. Mr Johnson is not beloved in the EU.

That's less down to the EU dislike of Brexit itself, which certainly exists. But European antipathy towards Johnson is mainly the result of his perceived handling of the UK's exit from the bloc vis-à-vis Brussels.

A polite word for how European politicians regard that would be duplicitous.

EU leaders accuse the PM of blustering his way through Brexit and failing to be honest with the British people about its true implications. Rather than negotiating and keeping his word on post-Brexit agreements with Brussels, he's viewed by EU politicians as constantly shifting and changing. More preoccupied with playing to the political gallery back home, than fulfilling international obligations or acting consistently in (what the EU assumes to be) the best interests of the UK.

The Johnson government Bill, currently making its way through the UK Parliament, to unilaterally rewrite the international post-Brexit treaty on Northern Ireland, has perturbed even the most phlegmatic of EU politicians, like the German chancellor.

While the French never shy from attacking the UK over Brexit, it's new for Berlin to be as outspokenly critical.

A week ago, Germany's foreign minister made a barely-veiled jab at Mr Johnson: "London is unilaterally breaking agreements... and it is doing so for predictable motives of its own," Annelena Baerbock said. "We in the EU cannot accept that."

While Denmark's leading tabloid Ekstrabladet mocked Mr Johnson's election-winning pledge to Get Brexit Done with its header: "Now he is done."

It was after Mr Johnson's involvement in Brexit negotiations, that I noticed even staunch allies of the UK, like Denmark and also the Netherlands, showing clear signs of impatience. In particular, over the post-Brexit deal on Northern Ireland.

Relations with the neighbouring Irish Republic worsened as well. They became "strained and challenged" according to Irish prime minister, Taoiseach Micheál Martin. But he noted on Thursday that Mr Johnson's departure could be an opportunity for a "reset".

Also sounding optimistic, was the EU's often-lecturing former Brexit negotiator, Frenchman Michel Barnier. He tweeted on Thursday that this may be the beginning of a new chapter for the EU and UK. "More respectful of commitments made, in particular regarding peace & stability in Northern Ireland, more friendly, more constructive…," he wrote.

"Dream On!" say most EU diplomats I've been chatting to.

They regard the mass resignations of Conservative ministers around Boris Johnson as self-serving attempts to save their career, they tell me, rather than signs of disagreement with his policies, Brexit-related or otherwise.

"This Johnson resignation just means more uncertainty for us Europeans. More UK inward-looking obsession with its own domestic dramas, rather than looking outwards towards partners abroad," grumbled one particularly fed-up EU diplomat who spent years working on Brexit.

"And all this, with war back here on our continent," he added. "The UK needs to get a grip." 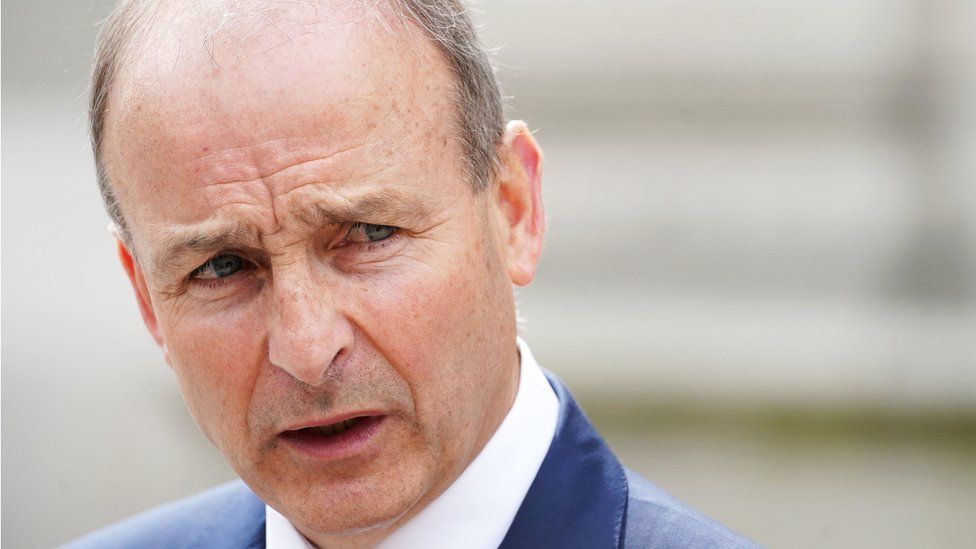 Talking about the war in Ukraine, Boris Johnson's attitude towards Russia is one aspect of his premiership that - not only Kyiv - but EU and Nato members in Eastern and Central Europe will miss very much.

Back in December, even before the Kremlin's invasion of Ukraine, Poland's prime minister - Mateusz Morawiecki - told me Mr Johnson clearly understood the Russian threat, unlike many other leaders in the West.

Central European diplomats were often unwilling to criticise Mr Johnson in public over Brexit because, they said privately, he was such a close ally when it came to security matters (in this context, they meant Russia).

But even they believe this to be a UK stance, rather than a hawkish attitude peculiar to Boris Johnson.

Summing up the EU mix of fascination and Schadenfreude at Boris Johnson's demise, as well as trepidation at what might come next, one senior figure told me, rather tongue-in-cheek: "I'm keeping one hand in my bag of popcorn, and the other on my nervous heart."