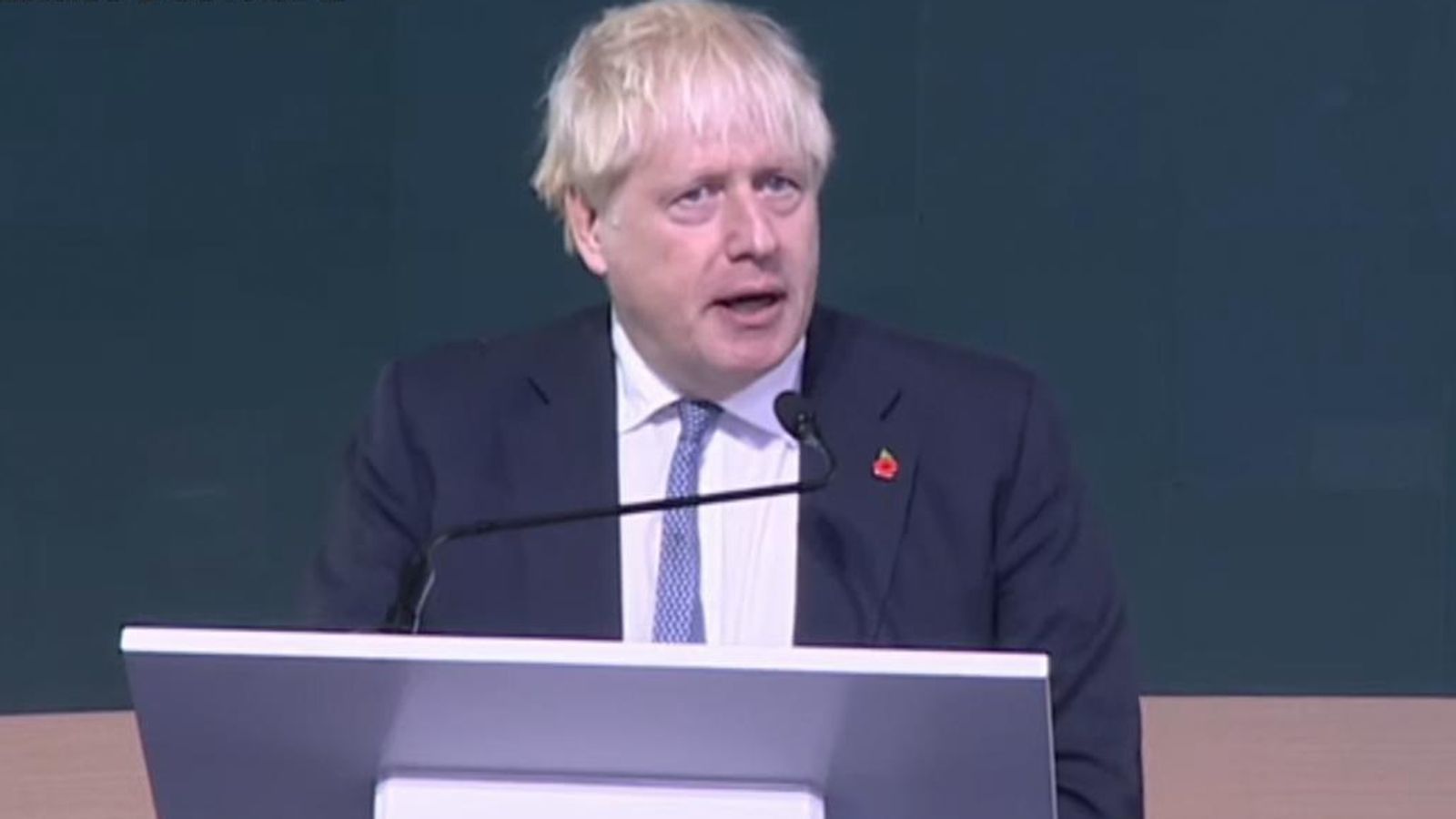 The UK's former prime minister says he is at the COP27 climate summit in a "supportive role" to the current Prime Minister Rishi Sunak.

Boris Johnson was asked whether he was worried when Mr Sunak initially said he wouldn't be attending the conference in Egypt due to preparations for the UK government's Budget on 17 November.

He added that he attended the conference as a "foot soldier and spear carrier of the Conservative Party, purely in a supportive role to remind the world of what we did in Glasgow".