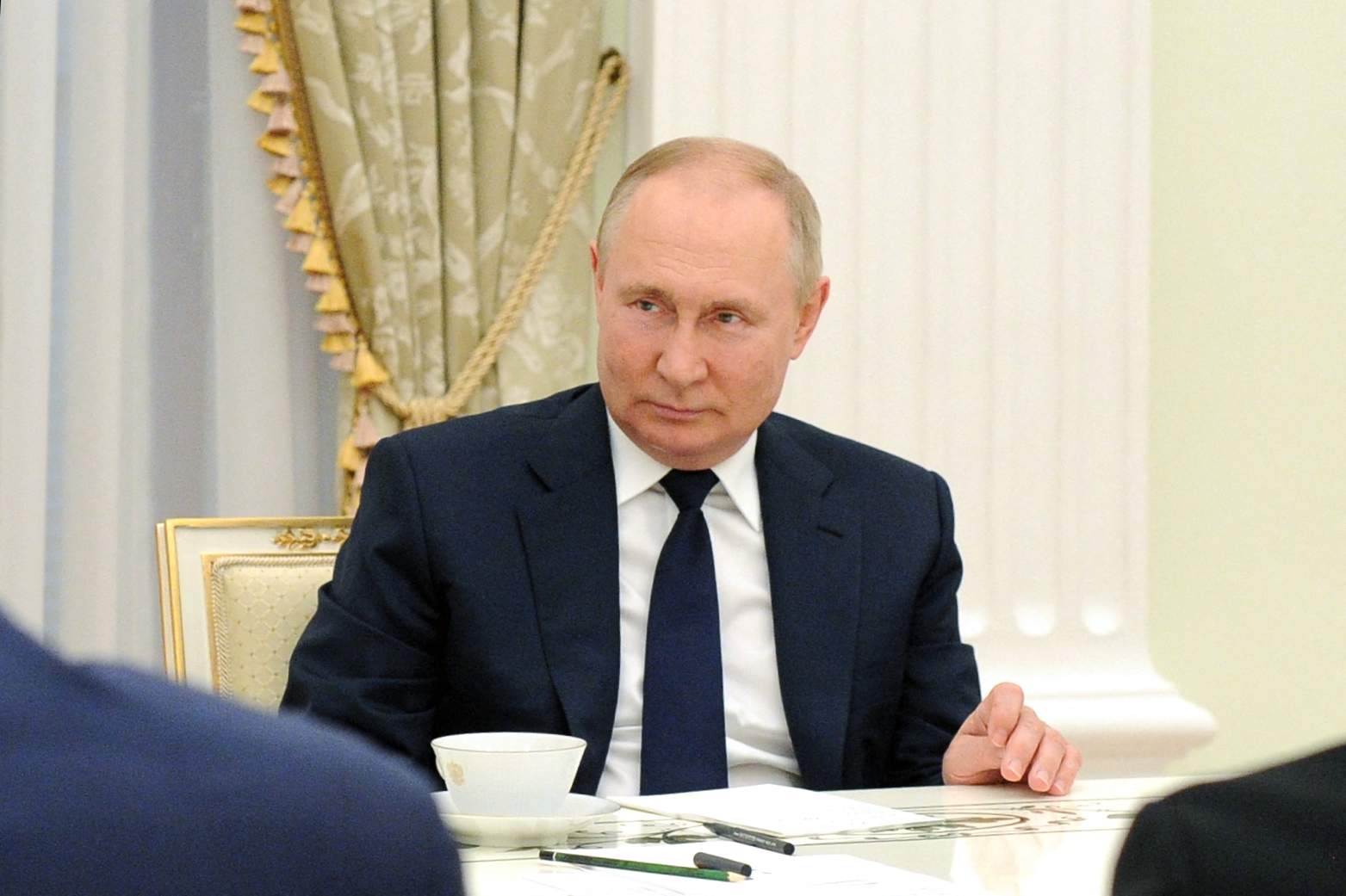 "I think some of the comments that he's not well or that actually surely somebody's going to assassinate him or take him out, I think they're wishful thinking," the chief of the defence staff said of Putin.
The head of Britain's armed forces has dismissed as "wishful thinking" speculation that Russian President Vladimir Putin is suffering from ill-health or could be assassinated.

As the Conservative party chooses a successor to Prime Minister Boris Johnson, Admiral Tony Radakin also said Britain's next leader should be aware that Russia poses "the biggest threat" to the UK and that its challenge would endure for decades.

"I think some of the comments that he's not well or that actually surely somebody's going to assassinate him or take him out, I think they're wishful thinking," the chief of the defence staff said of Putin, in a BBC television interview broadcast on Sunday.

"As military professionals we see a relatively stable regime in Russia. President Putin has been able to quash any opposition, we see a hierarchy that is invested in President Putin and so nobody at the top has got the motivation to challenge President Putin," Radakin added.

"And that is bleak."

Russia's land forces may pose less of a threat now, after suffering setbacks in the war in Ukraine, the military chief said.

The invasion has killed or wounded 50,000 Russian soldiers and destroyed nearly 1,700 Russian tanks, as well as some 4,000 armoured fighting vehicles, he estimated.

"But Russia continues to be a nuclear power. It's got cyber capabilities, it's got space capabilities and it's got particular programmes under water so it can threaten the underwater cables that allow the world's information to transit around the whole globe."

Ukraine will dominate military briefings for Johnson's successor when he or she takes office on September 6, Radakin said.

"And then we have to remind the prime minister of the extraordinary responsibility they have with the UK as a nuclear power, and that is part of the initiation for a new British prime minister."

Radakin was meanwhile grilled about a BBC investigation that found commandos in Britain's elite Special Air Service (SAS) corps killed at least 54 Afghans in suspicious circumstances a decade ago, but that the military chain of command hushed up concerns.

Military police had already established "that did not happen" but would look again if concrete new evidence emerges, he said.
#Boris Johnson  #Johnson
Add Comment