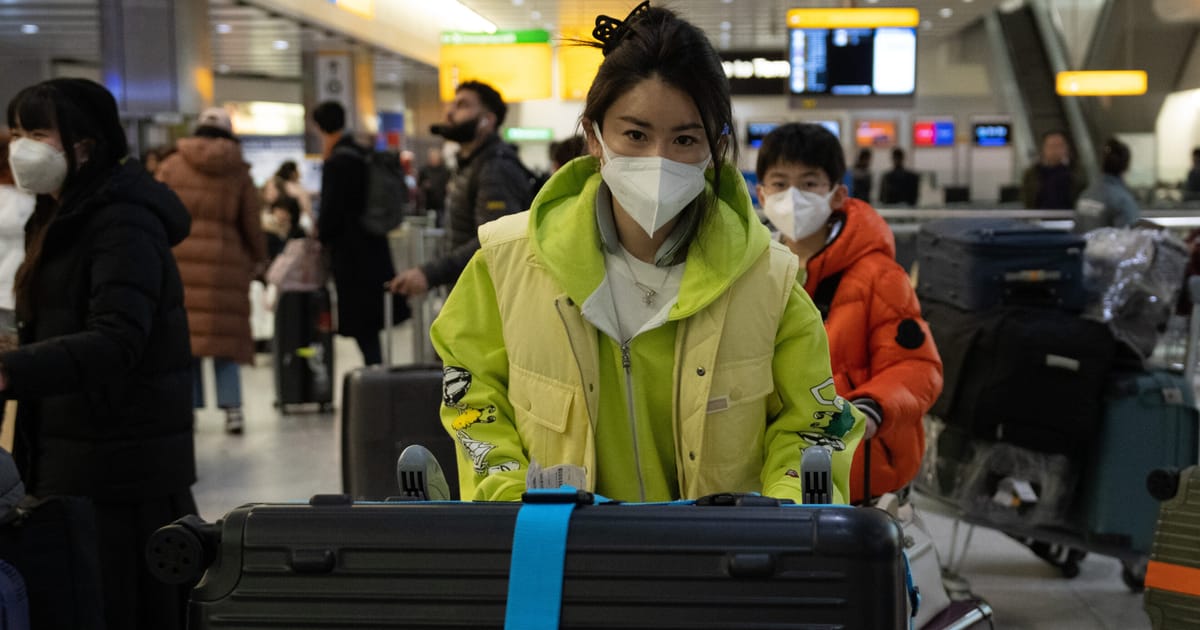 As Europe kicks the can on travel measures, experts slam Italy’s decision to test arrivals from China.

While the Continent is on high alert for another possible surge in coronavirus cases after China loosened its restrictions, so far, the bloc has declined to join Italy in imposing travel measures. In addition, Europe’s infectious disease experts have presented several reasons why there is no need to fear China’s surging cases, and why, in fact, Italy’s approach could be damaging.

Nonetheless, some EU leaders are mulling new measures to curb infections from China. France’s President Emmanuel Macron said on Wednesday that he had asked the government for "appropriate measures" to protect people, reported Le Figaro.

However, at a press conference on Thursday, Italian Prime Minister Giorgia Meloni confirmed that Italy has not yet identified any concerning mutations in the virus, with samples sequenced so far all being linked to the long-dominant Omicron strain.

So does China's COVID-19 wave pose a major threat to Europe? Are travel measures prudent or political overkill? Here's what you need to know.

Are we heading back to EU-wide restrictions?

Ministers from the European Union’s 27 members, as well as EEA countries, gave no sign on Thursday that this would be happening soon.

Meeting with the European Commission, the ECDC and the World Health Organization (WHO), under the guise of the EU Health Security Committee, they discussed what measures were necessary, if any, to avert another COVID crisis.

And the answer, for now, is let’s keep talking. Read: no action.

“Coordination of national responses to serious cross border threats to health is crucial,” the Commission’s health directorate DG SANTE tweeted after the closed-door meeting. “We need to act jointly & will continue our discussions.”

A Commission spokesperson added in a statement that the Commission will “continue to facilitate discussions between Member States and stand ready to convene further meetings if needed.” 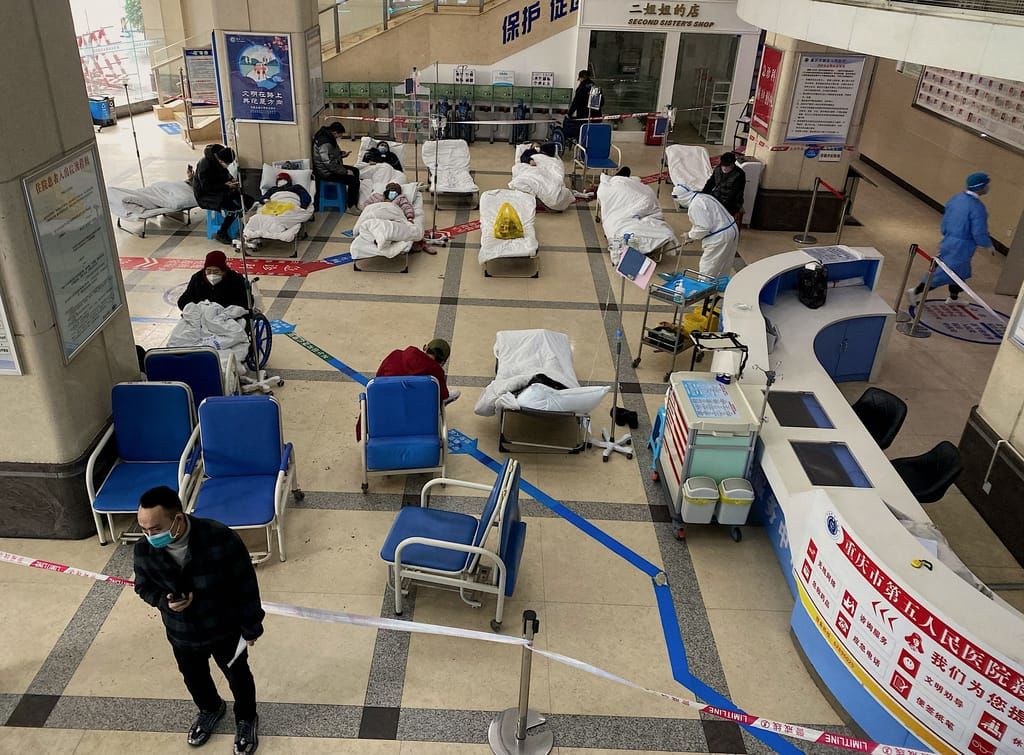 Patients in the lobby of the Chongqing No. 5 People's Hospital in Chongqing

“Evaluations have shown that travel measures can be beneficial and justified within a [10-to-14-day] time window,” the agency said in an emailed statement to POLITICO. That means right at the beginning of a pandemic or the emergence of a new variant.

“Longer travel measures on the other hand can have unintended negative consequences,” the agency said, such as economic impact and discrimination.

Will China’s COVID wave cause a new surge of cases in Europe?

Probably not. That’s because China is behind the global COVID curve when it comes to variants.

“Because China’s variants have been and gone in the rest of the world, the threat of these viruses coming back out of China and causing waves is pretty unlikely,” said virologist Tom Peacock of Imperial College, London. While they are mostly linked to the Omicron variant, those lineages are “less fit” compared with what is already circulating in Europe, he pointed out, so they won’t be able to compete with the strains of today.

Put another way, the variants currently observed in China “are not challenging for the immune response of EU/EEA citizens,” the ECDC said. 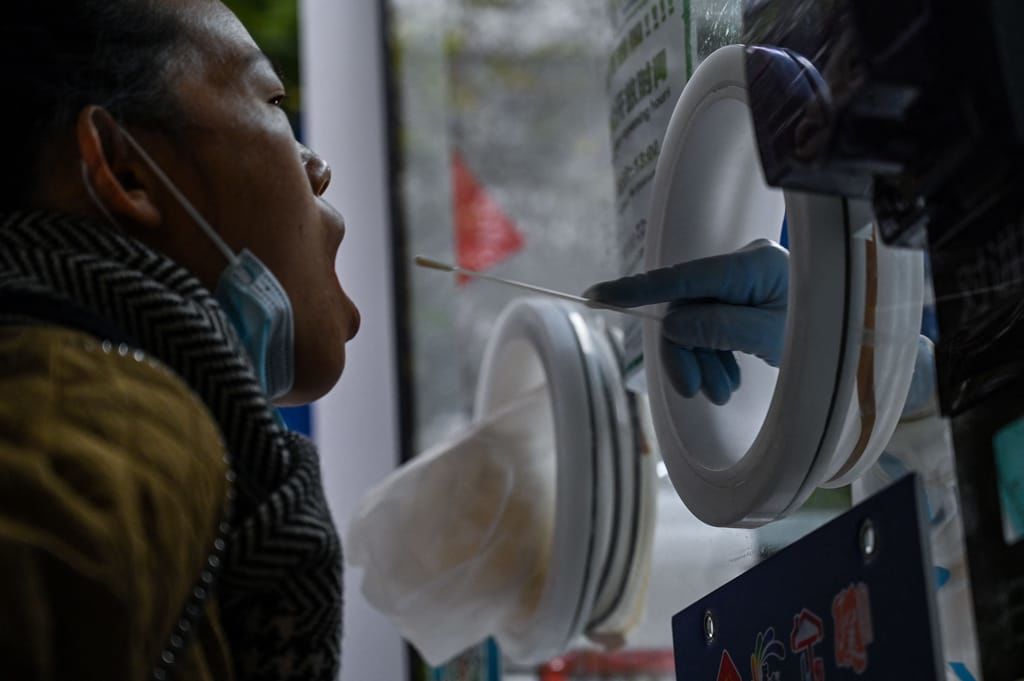 Testing in the Jing'an district in Shanghai

In addition, the relative number of cases being imported from China is low compared with the current number of daily cases in EU countries.

Across the WHO Europe region, there were close to a million new cases reported in the week before Christmas alone, a WHO Europe spokesperson said, and this is probably a “great underestimate” given limited testing and surveillance.

Could the Chinese surge deliver a nasty new variant?

This, according to French virologist Bruno Lina, is also unlikely. In fact, he went as far as to describe it as a “fantasy” to Les Echos.

That’s because immune pressure causes a virus to evolve so that it can evade antibodies. “But in China, there is no immune pressure,” he said, referring to the low prior infection levels.

Before this wave, only around 2 percent of the Chinese population had been infected with COVID, he said, and around 60 percent have been vaccinated, mostly with China’s Sinovac, which was shown to be less effective than mRNA vaccines.

But Hans Kluge, WHO regional director for Europe, is more cautious.

“We cannot be complacent,” he told POLITICO. “We know that widespread transmission in large populations with less-than-optimal vaccination coverage anywhere are risk factors for the emergence of new variants of concern.”

Kluge reiterated the WHO’s call for “vigilance, testing and sequencing of the virus — and, very important — transparent data sharing. This applies to all countries across all regions,” he said.

Is Europe equipped to deal with more COVID?

Many health systems are operating at peak capacity, with surging cases of respiratory diseases including seasonal influenza, respiratory syncytial virus and Strep A, as well as COVID.

But they could be higher. The WHO’s Kluge urged in a tweet that all 53 countries in the WHO Europe region “renew vaccination efforts,” adding that the “current global scenario underscores the urgency.” 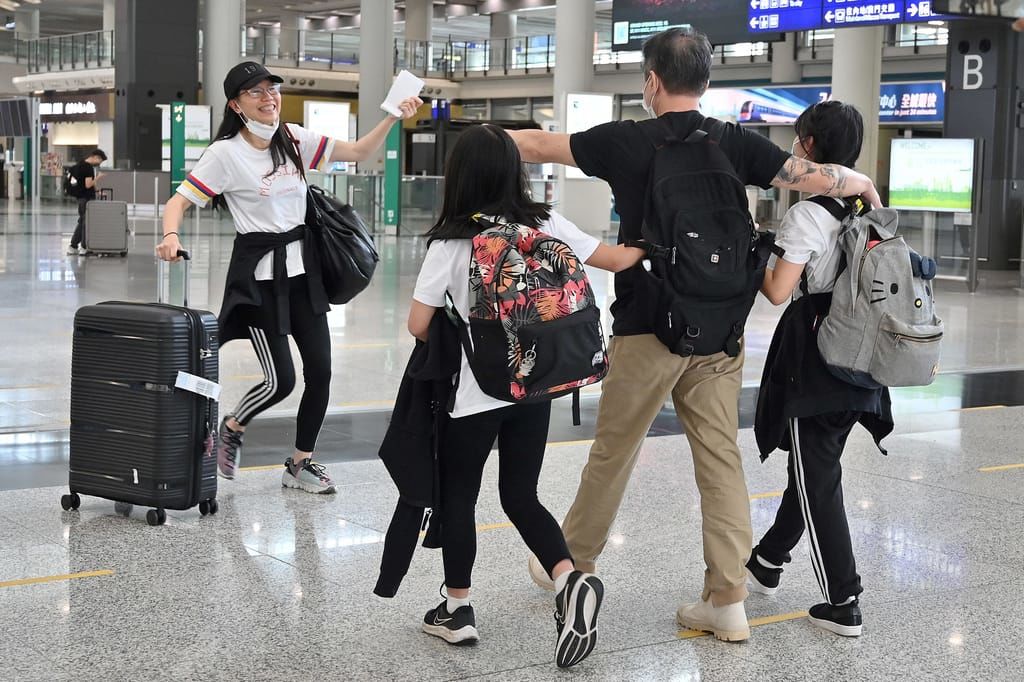 He also urged countries to review and replenish their supplies of medicines, such as antibiotic penicillin, COVID-19 vaccines and antivirals. “Stockpiles of essential medicines are running low across the @WHO_Europe Region,” he tweeted.

The WHO spokesperson underscored the importance of genetic sequencing to give the region early sight of any possibly dangerous variants. “The key issue, as always, is to ensure strong genomic surveillance to pick up at an early stage any possible changes in the virus and modify our intervention measures accordingly,” the spokesperson said.