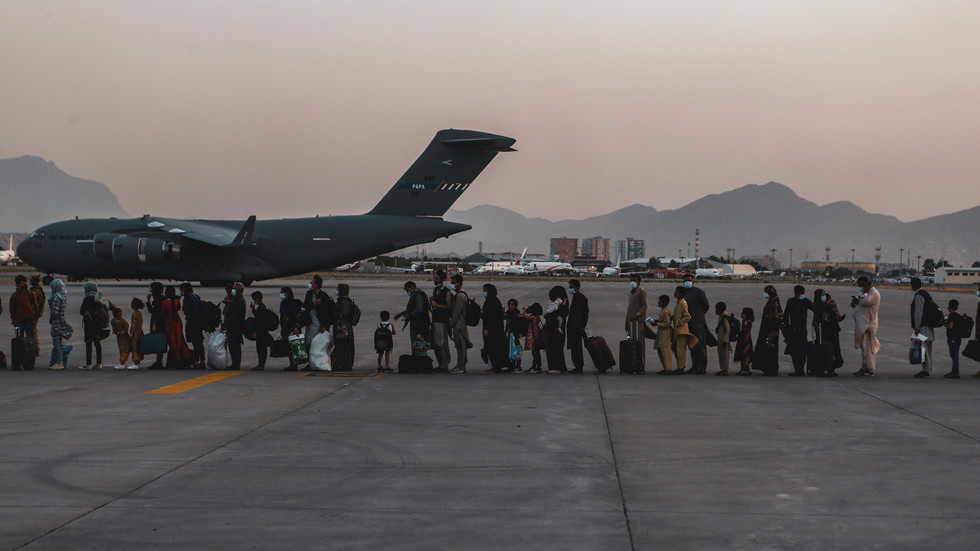 The abrupt US withdrawal from Afghanistan should not surprise anyone, WikiLeaks editor-in-chief Kristinn Hrafnsson told RT, saying the fact that Washington was able to deceive the world for two decades is more shocking.

Washington’s 19-year-long war campaign in Afghanistan was one “big lie” that only benefited America’s military industrial complex and private contractors, Hrafnsson said. The WikiLeaks editor-in-chief said it was not the ongoing chaotic withdrawal of the US and its allies that was now a surprise, but the fact that mainstream media did not catch on to the lies which prolonged the war long ago.

WikiLeaks published a trove of documents that “all painted a true picture of what was going on in Afghanistan 11 years ago,” Hrafnsson said, referring to the so-called Afghan War Diary – a collection of internal US military logs, diplomatic cables and CIA documents covering the period between 2004 and 2010.

The leak that included a total of 91,000 documents was considered one of the biggest in US military history. It did hit the headlines at that time, eventually leading to the arrest and prosecution of whistleblower Chelsea Manning and put WikiLeaks and its founder Julian Assange in Washington’s crosshairs.

Yet despite the document dump, somehow the general perception of the Afghan war did not change and “the lies continued,” Hrafnsson said, calling such a state of affairs “astonishing.”

“It is extremely surprising how long this went on,” the WikiLeaks editor-in-chief said, calling the war “an extraordinary 20-years-[long] lie.” It became the “forgotten war,” overshadowed by another US military adventure – the war in Iraq, he believes.

Discussions about what was truly going on inside the country were “largely avoided” until the Washington Post exposed it all over again by publishing the so-called Afghan papers in 2019, he said.

The documents, obtained by the Post through Freedom of Information Act requests, painted a picture of a sustained effort by several US administrations to mislead the American public on the engagement in Afghanistan.

Hrafnsson accused Western media that paid no attention to the reality of being “complicit in concealing this truth” and allowing it to happen. “There is a lot of soul-searching in my mind that the journalists have to do,” he added.

Ultimately, it was the US military industrial complex that benefited from what appears to be a tremendous waste of money, the WikiLeaks editor said.

“More than a trillion of dollars did go into the pockets of the US military industrial complex and private contractors that were supposedly training the Afghan police,” he told RT, adding that America’s biggest arms manufacturers saw “a tenfold increase" in their stock value over the 20 years the war lasted.

"It was a massive flow of money that went into the wrong pockets and it can be only called corruption on a large scale."

The truth about the war has now been laid bare for everyone to see as Washington and its allies are frantically pulling out of Afghanistan, which fell into the hands of the Taliban in mere weeks. However, it is unlikely to change the political course of the western elites that still prefer to “punish the truth-tellers” rather than draw lessons from their own mistakes, Hrafnsson believes.

“The war that is going now is the war on journalism and a war on Julian Assange, who still has to spend time in jail in London,” he said, adding that Assange’s prosecution is “political.”

“It is not about the law anymore... Will the truth matter there? I doubt it,” he said.