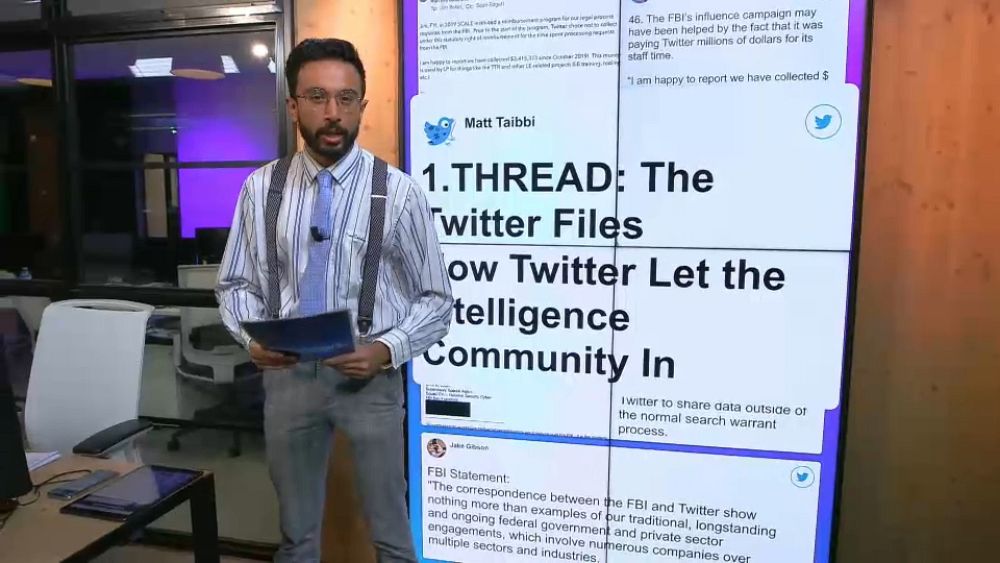 Were Twitter moderators too close to the intelligence community?

Since multi-billionaire Elon Musk took over Twitter, he has sought to thoroughly shake things up at the social media platform, bringing large amounts of both praise and criticism. One key plank of this was releasing a trove of the company's internal communications to a hand-picked group of journalists.
His aim was to back up claims that Twitter has actively sought to censor certain facts, and had a political agenda with regard to its content moderation policy.

In the most recent release from the so-called ‘Twitter Files’, employees at the company were portrayed as becoming increasingly worried after the 2016 US Presidential election.

Internal emails show Twitter bosses wanted to be seen as more proactive in tackling alleged Russian-linked accounts on the platform.

It eventually led to an alleged new policy. In public, content would be removed at the ‘sole discretion’ of Twitter, but in private the company would increasingly take down accounts “identified by the US intelligence community as a state-sponsored entity conducting cyber-operations.”

It’s not unusual that intelligence agencies would talk to a social media company like Twitter, warning them of any potentially threatening or misleading accounts.

However, some argue that they went too far in trying to advise Twitter. It’s alleged that the company was paid around €3.5 million ($3,415,323) and that there may be a conflict of interest.

But does this narrative of collusion and impropriety hold up to scrutiny? Twitter seeking reimbursement for cases that it has been asked to look into by government agencies isn’t new or illegal.

On its website the company notes how it may “seek reimbursement for costs associated with information produced pursuant to legal process and as permitted by law (e.g., under 18 U.S.C. §2706).”

Moreover, the FBI has denied that it explicitly told Twitter to take down any post or account, saying “private sector entities independently make decisions about what action they take after the FBI has notified them” (italics added).

Many people, especially on the political right, have recently sought to discredit the FBI after its raid on former President Donald Trump's Mar-A-Lago home.

Nonetheless, the latest revelations have led some to question whether Twitter users were being censored and whether Twitter’s content moderation policy was its own, or whether it was partially outsourced to the US intelligence community.
#Donald Trump  #Elon Musk
Add Comment