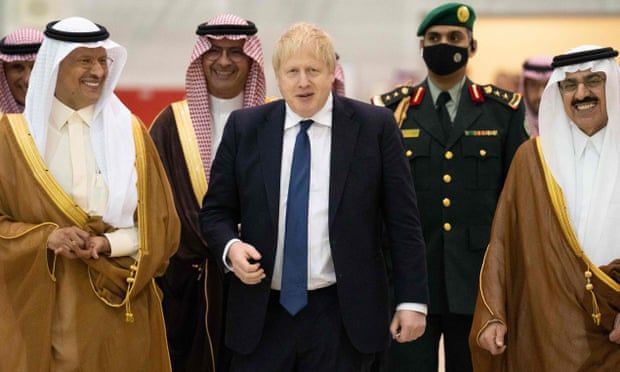 As memories are revived of the second world war and the 1970s, it is time for a major rethink of economic strategy
The Australian comedian Bill Kerr used to begin his BBC appearances with: “I don’t want to worry you, but …” Funny how those words came back to me last week as I watched the television coverage of the criminal bombing of homes in Ukraine.

Some of us are old enough to remember Hitler’s bombing of London, Coventry and elsewhere, not forgetting Britain’s bombing of Dresden. Kurt Vonnegut’s book about it, Slaughterhouse-Five, is a disturbing classic.

It was because European, and American, leaders – let alone their people – never wished to witness such horrors again that the European movement began. Now here we are, with the tyrant in the Kremlin repeating such horrifying scenes in Europe, yes Europe.

Quite apart from the inhumanity and carnage, in his infinite folly Putin has set off a process of economic and social disruption which compounds the many obvious crises that the world already faced.

As energy prices soar, memories are being revived in the UK of the 1970s, when the first oil crisis of 1973-74 was a major factor in unseating the 1970-74 government of Edward Heath, and also sowed the seeds of the ultimate failure of the Wilson and Callaghan governments of 1974-79.

The sight of our egregious prime minister Boris Johnson going, oil can in hand, to Middle Eastern dictators to plead for economic help to counteract damage inflicted by another dictator, Putin, evokes an uncomfortable memory. When Labour chancellor Denis Healey was besieged in 1976 by rampant inflation and a balance of payments crisis, the Treasury’s top civil servant, my good friend the late Sir Douglas Wass, tried to lighten the mood by saying: “It could be worse, Chancellor. The Russians might be invading.”

Yes, well, let us not go there.

I am sure that when he first had chancellorial ambitions, Rishi Sunak was not expecting to have to cope with echoes of the 1970s. But here we are, with inflation accelerating and the chair of John Lewis, Dame Sharon White, a highly respected former Treasury official, worrying that the rate of inflation may be heading once again for “double digits”.

True, inflation has been exacerbated by shortages provoked by the pandemic. It has also been aggravated by the serious impact on food, not least grain, and other shortages resulting from Putin’s war. But something else has been driving prices up all over the place, and that is – you have no doubt guessed it – the mounting impact of Brexit.

On which subject I recently had an interesting encounter with a Remainer British expat who was visiting his Brexiter friends in assorted home counties havens. To his surprise, he found that most of them were admitting in private but could not bring themselves to say so publicly: “Brexit is a catastrophe.”

Of course, it has not yet unseated the chief elected culprit, Johnson, because he keeps being let off the hook by other distractions, such as Covid – now apparently reviving – and the awful tragedy of Ukraine.

But the war in Ukraine has highlighted the geopolitical folly of Britain’s departure from the EU. It has brought European nations together, and left the UK trailing behind, while the absurdity of “global Britain” and aircraft carriers being sent to the far east becomes ever more apparent.

Brexiter Sunak faces one hell of a task with his spring statement this week. The soaring cost of energy, as in the 1970s, is both inflationary in driving up prices and deflationary in acting as a depressant on demand in the real economy. Sunak should be telling us that Brexit was a mistake, and that a major reconsideration of economic strategy is required.

He himself is very well off. So are the “oligarchs” Johnson and co used to cultivate until the popular tide turned against them. Many people are not so fortunate. As Francis Bacon said: “Fortunes … come tumbling into some men’s laps.”

Oligarchy in ancient Greek meant rule by the few. Strictly speaking, the men referred to today as oligarchs are not rulers but rich men who have plundered the Russian nation’s resources. As Aristotle says in The Politics, “sovereignty”, when they tired of tyrants, was “exercised in oligarchy by the rich”.

It is an awful commentary on the “values” of Johnson and Sunak’s predecessor George Osborne that they are up to their necks in the scandal that has made London, nicknamed Londongrad, the money-laundering capital of the world. However, as my mother would have said: “It will all come out in the wash.”
#Boris Johnson  #Johnson  #Covid
Add Comment