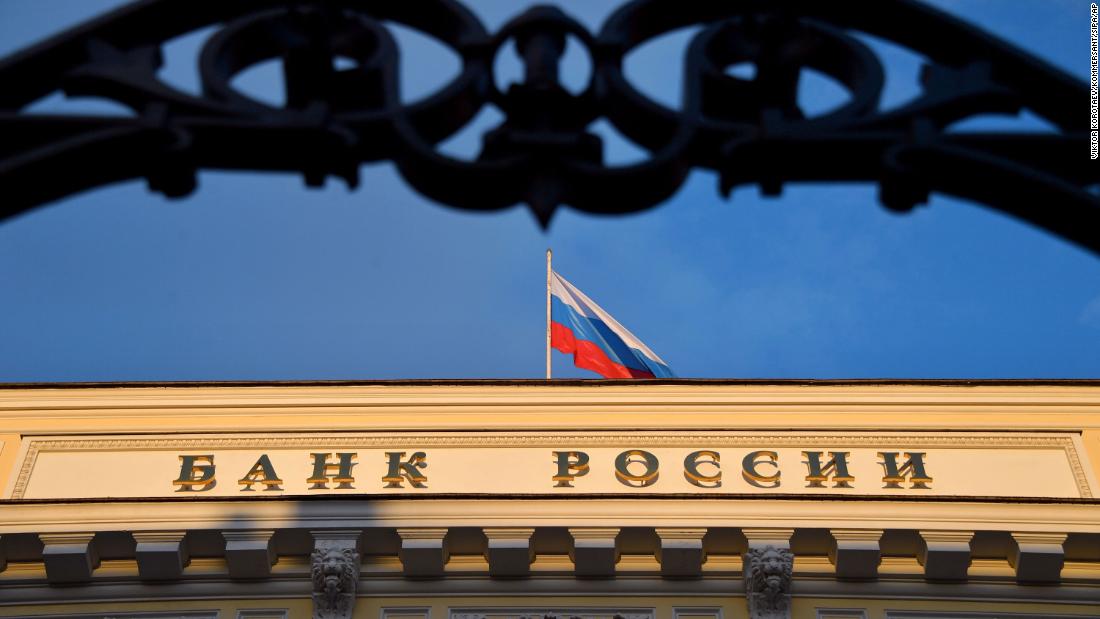 US banks have left Russia, but that doesn't mean they're done making money off the Kremlin's horrific invasion of Ukraine.

The sell-off of Russian debt associated with Russian President Vladimir Putin's campaign on Ukraine and the sanctions that have ensued have created a window for a new type of arbitrage that some in the finance world are gobbling up, seeing it as easy money.

The idea is what's known as a negative-basis trade, or purchasing dirt-cheap Russian government or corporate bonds along with credit-default swaps which act as insurance on the potential default of a borrower.

Normally this type of trade doesn't make sense, but as institutional investors look to quickly rid their portfolios of anything Russia-related, bond prices fell faster than the price to hedge them rose.

The volume of trading in Russian corporate debt has risen to a two-year high since Russia invaded according to Bloomberg News.

Data from the website MarketAxess shows that Russian sovereign debt traded at a volume of $7 billion between February 24 and April 7, up from $5 billion in the same period in 2021 -- a 35% uptick.

Russian bonds are trading furiously, said Philip M. Nichols, an expert on Russia and social responsibility in business and professor at the University of Pennsylvania's Wharton School. "There's a lot of speculators that are buying up these bonds that have been severely downgraded and are on the verge of becoming junk," he said.

Nichols says he's getting constant calls from analysts interested in the whether the potential trade makes sense. "The spread on Russian sovereign debt is astonishing right now," he said. "They're making an unusual amount of money with respect to the volume."

At the same time bond rates fell drastically -- with bonds maturing in 2028 trading at just $0.34 on the dollar. That means it could cost just over $4 million to insure $10 million of Russian securities, The Economist reported.

US financial institutions like JPMorgan Chase and Goldman Sachs are facilitating these trades, connecting clients who want to get out of their positions with hedge funds that have a higher risk tolerance for risk and less of a moral quandary about purchasing Russian debt.

"This is Wall Street," said Kathy Jones, chief fixed income strategist at the Schwab Center for Financial Research. "It doesn't surprise me that they saw some sort of a loophole they could exploit to make money."

JPMorgan representatives say they are acting as middlemen, simply looking to aid clients. "As a market-maker, we have been helping clients reduce their risks and manage their exposures to Russia in the secondary markets. None of the trades violate sanctions or benefit Russia," said a spokesperson.

If clients wanted to quickly unload their exposure to Russia they could look to Russian oligarchs who would happily buy back sovereign bonds, said Robert Tipp, chief investment strategist and head of Global Bonds at PGIM Fixed Income. Selling Russian debt to US hedge funds, keeps any accrued interest out of Russian hands.

The trades are legal and lucrative, said Nichols, but highly speculative and subject to large swings based on news of Russia's invasion of Ukraine and further sanctions.

It also illustrates an alarming disconnect between Wall Street and the actual state of the global economy: Typically, investors would base their valuation of Russian debt on whether or not it will be repaid, and the likelihood that it would be repaid would depend on the strength and durability of the Russian economy, but that's not happening. New sanctions by the US Treasury on Tuesday, which blocked Russian access to any dollars they held in American banks, significantly increased the chances that Russia would default on its debt and that its gross domestic product, the main measure of a country's economic strength, would tumble.

The US Congress voted this week to remove Russia's most favored nation's trade status, a major economic downgrade that would pave the way for deeper sanctions and import controls on products essential to Russia like chemicals and steel.

The removal of that status, said Nichols, would sever Russia's integration into the global economy. If Wall Street were associated with the real world, he added, it wouldn't want to be anywhere near Russian debt.

"Russian debt is the province of high risk takers," said Nichols, "and institutions should probably stay away."