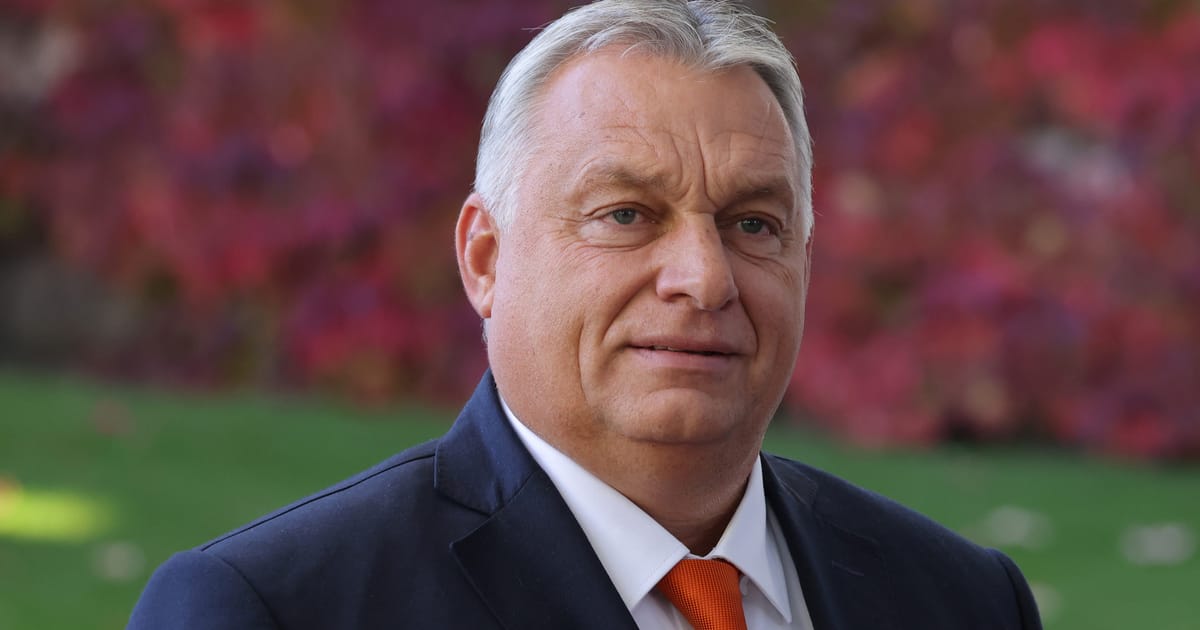 Critics of Hungarian government hit out over launch of new center.

A think tank funded by illiberal Hungarian Prime Minister Viktor Orbán is set to disrupt the Brussels chin-stroking scene when it launches this month — provoking a fierce backlash from detractors back home.

MCC Brussels — an arm of the Mathias Corvinus Collegium (MCC), a Budapest-based college that has controversially received billions of forints from Orbán’s government — plans to “provide an alternative” for Europe’s “polarized cultural landscape,” according to one of its founders.

In an op-ed for POLITICO published Tuesday, Hungarian-Canadian academic and director of the new think tank, Frank Furedi, said he wants to promote “mature, thoughtful discussion about the cultural tensions that prevail on the Continent,” arguing that since Orbán’s reelection in April, anti-Hungarian sentiment has been on the rise.

Furedi — who will lead the center along with the University of Dresden’s Werner Patzelt as research director — added in his op-ed that, “Hungary is hated by the West’s culture warriors for the simple reason that it dares to question their post-traditionalist, identity-politics-fueled world view.”

But there was an immediate backlash from critics of Orbán’s government, which has been at loggerheads with the EU for years over issues including backsliding on the rule of law and LGBTQ+ rights.

István Ujhelyi, a Hungarian opposition MEP from the Socialists & Democrats group, told POLITICO that the think tank move is in line with the “strategic build-up that Fidesz [Orbán’s ruling party] has been doing for a long time aimed at creating an anti-EU, far-right political powerhouse in Brussels.” He added that “it is a pity that MCC has become a tool in this.”

She said Fidesz has invested a lot in creating an “alt-right intellectual universe around their policies,” with a range of “Trumpian American celebrities” coming to Budapest — plus a special session of the United States’ Conservative Political Action Conference (CPAC) being hosted in the Hungarian capital earlier this year.

The MCC Brussels office is an expansion of this attempt to establish a far-right coalition, added Cseh — who believes the project is doomed to fail because of Orbán’s “extreme isolation” in Brussels and the Western orientation of Hungary’s youth.

But the think tank’s top brass are bullish. Co-founder Furedi told POLITICO in a phone interview that he is already working on a project named “What European people fear,” and is planning to publish an annual so-called Fear Barometer — which will outline the issues that “preoccupy people in different European countries.”

Furedi added that the think tank’s focus will be on education and getting students from Hungary to Brussels on a regular basis. The first group of Hungarian students visited last week, meeting with media, MEPs from the Fidesz party, and receiving lectures about the EU’s history and institutions.

Orbán’s political director, Balázs Orbán, who chairs the MCC board of trustees, said last week that the think tank would help to make Hungary “an intellectual powerhouse, in which MCC plays a key role.”

Currently, MCC Brussels employs a handful of people at Rue des Poissonniers 13, including two researchers, administrative staff and a communications director, who said that the number is expected to double next year.

The center plans to launch officially on November 15 with an opening conference with discussions around the future of Europe. Speakers and attendees will come from countries including Poland, Italy, the U.K. and Hungary, according to Furedi.