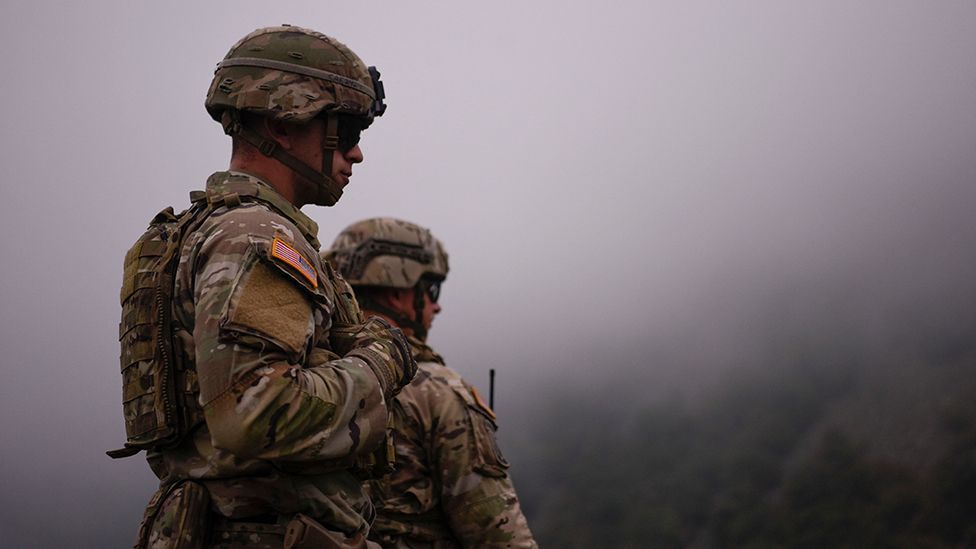 The alliance - which includes the US, the UK, France and Germany - is stepping up military readiness and aid to Ukraine.

Nato - the North Atlantic Treaty Organisation - is a military alliance formed in 1949 by 12 countries, including the US, Canada, the UK and France.

Members agree to come to one another's aid in the event of an armed attack against any one member state.

Its aim was originally to counter the threat of post-war Russian expansion in Europe.

In 1955 Soviet Russia responded to Nato by creating its own military alliance of Eastern European communist countries, called the Warsaw Pact.

Following the collapse of the Soviet Union in 1991, a number of former Warsaw Pact countries became Nato members. The alliance now has 30 members.

What is Russia's current issue with Nato and Ukraine?

Ukraine is a former Soviet republic bordering both Russia and the EU.

It is not a Nato member, but it is a "partner country" - this means there is an understanding that it may be allowed to join the alliance sometime in the future.

Russia wants assurances from Western powers that this will never happen - something the West is not prepared to offer.

Ukraine has a large population of ethnic Russians and close social and cultural ties to Russia. Strategically, the Kremlin sees it as Russia's backyard. 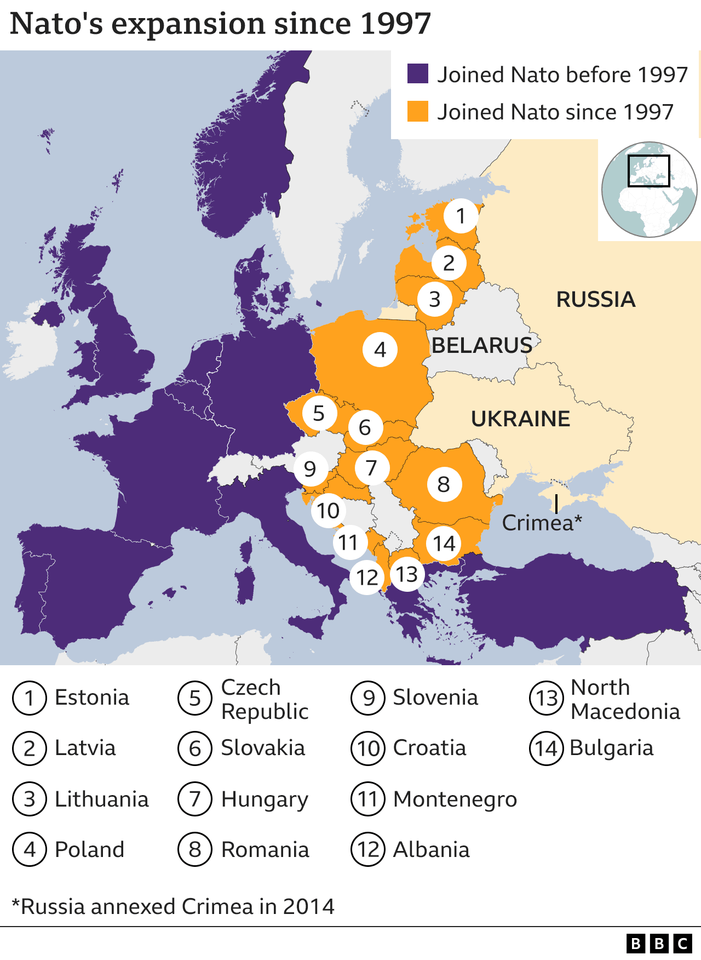 What else is Russia concerned about?

President Putin claims Western powers are using the alliance to surround Russia, and he wants Nato to cease its military activities in eastern Europe.

He has long argued the US broke a guarantee it made in 1990 that Nato would not expand eastwards.

Nato rejects Russia's claims and says only a small number of its member states share borders with Russia, and that it is a defensive alliance.

Many believe the current build-up of Russian troops on the Ukrainian border may be an attempt to force the West to take Russia's security demands seriously. 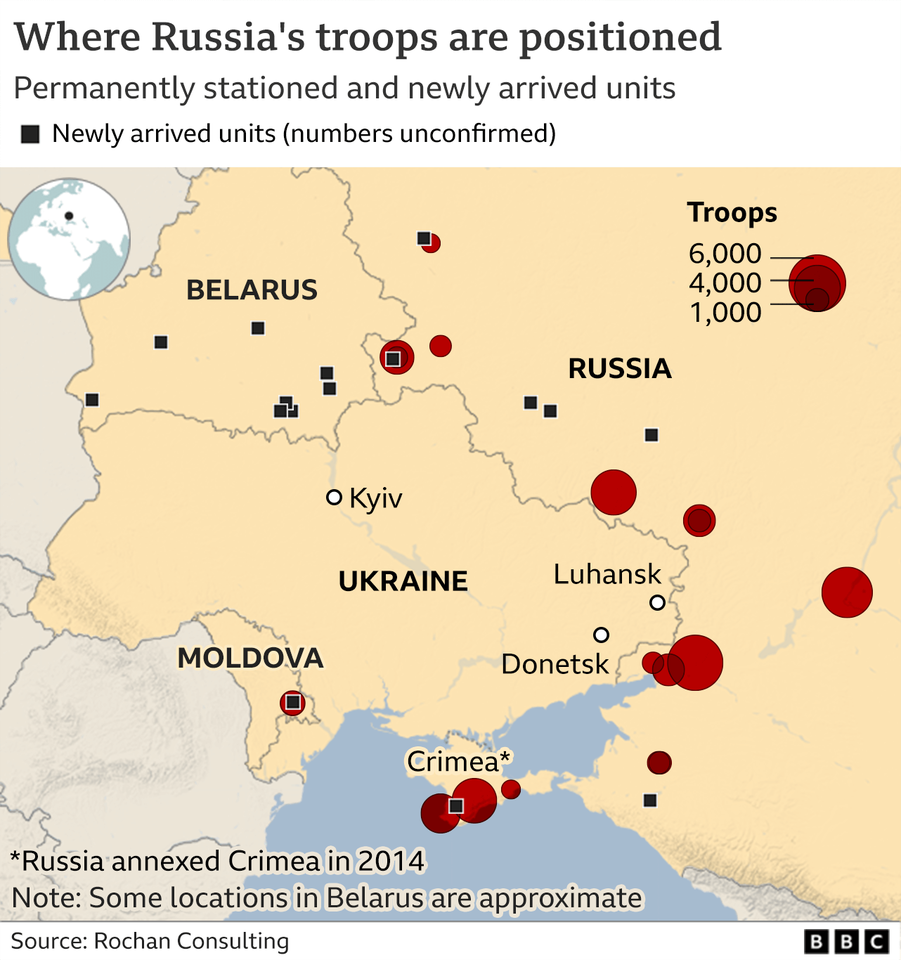 What has Nato done in the past about Russia and Ukraine?

Nato did not intervene, but it did respond by placing troops in several eastern European countries for the first time. 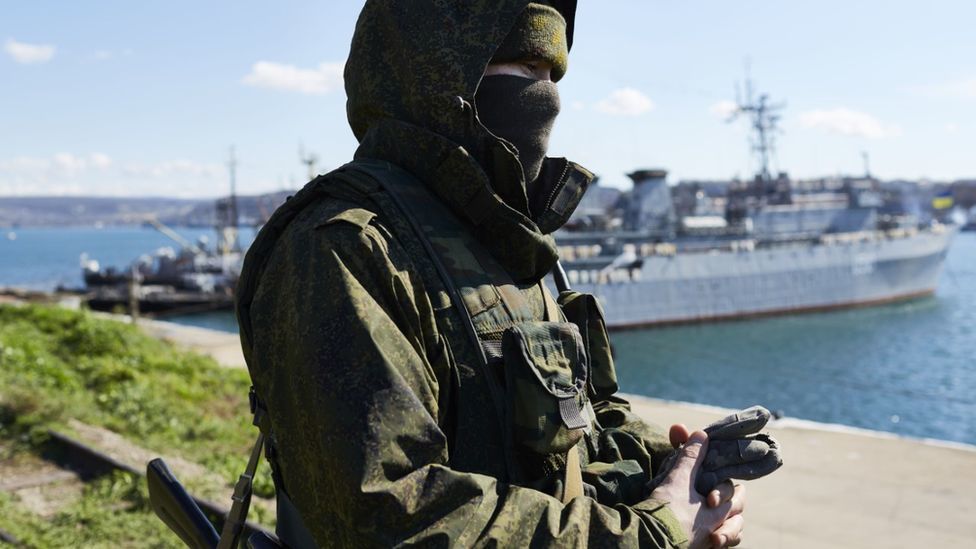 Since Russia's annexation of Crimea, Nato has put battle groups in eastern Europe

It has also expanded its air policing in the Baltic states and eastern Europe to intercept any Russian aircraft which breach the borders of member states.

Russia has said it wants these forces out.

What commitments has Nato given Ukraine?

US President Joe Biden has said Russia would pay a "serious and dear price" for invading.

The US has put 8,500 combat-ready troops on alert, but the Pentagon says they would only be deployed if Nato decides to activate a rapid-reaction force.

It added that there are no plans to deploy the troops to Ukraine itself. 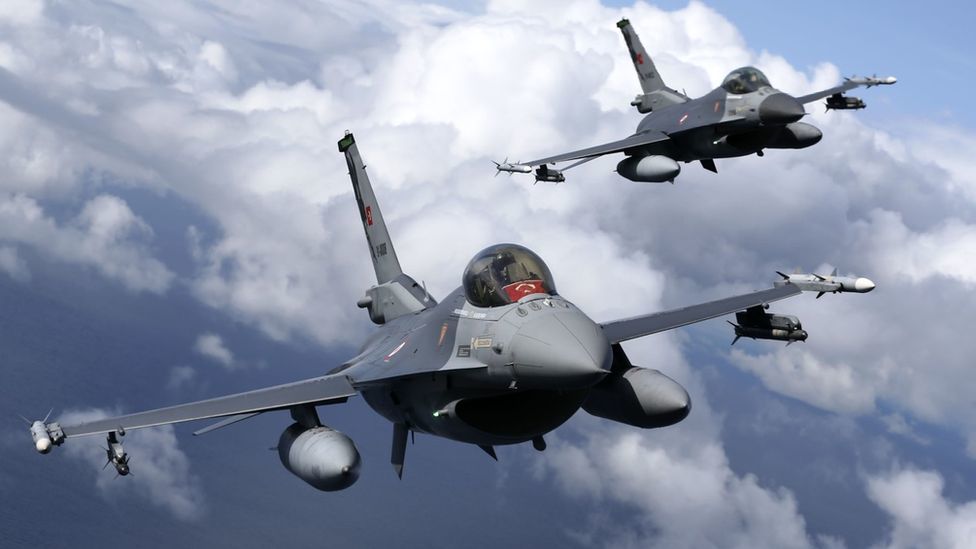 Nato has stepped up its military defences in eastern Europe

Downing Street said the UK agrees that "allies must enact swift retributive responses including an unprecedented package of sanctions".

Is Nato united over Ukraine?

President Biden has said there is "total unanimity" with European leaders over Ukraine, but there have been differences in the support different countries have offered.

The US says it has sent some 90 tonnes of "lethal aid" including ammunition to Ukraine for "front-line defenders". The UK is supplying Ukraine with short-range anti-tank missiles.

Some Nato members, including Denmark, Spain, France and the Netherlands, are sending fighter jets and warships to eastern Europe to bolster defences in the region.

However, Germany has refused Ukraine's request for defensive weapons, in line with its policy of not sending lethal weapons to conflict zones. It will instead send medical aid.

President Macron of France has meanwhile been calling for dialogue with Russia to de-escalate the situation.