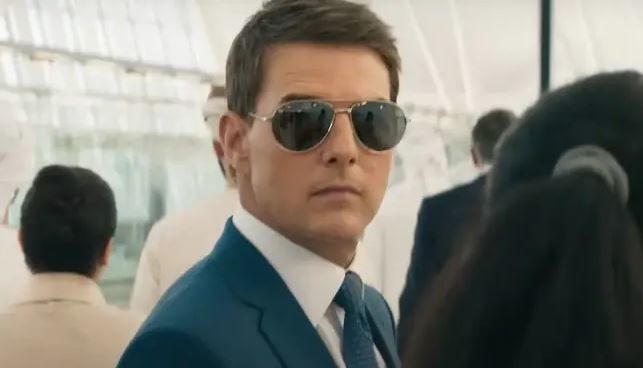 Tom Cruise is known for his daredevil stunts, so it is not unsurprising that he is now setting his sights for space.
After doing every possible stunt on Earth, actor Tom Cruise now might blast off into space to perform a spacewalk for his upcoming film. The 60-year-old Hollywood star has teamed up with The Bourne Identity director Doug Liman on a movie pitch that involves filming in space - the plans of which were first reported in 2020 before the COVID-19 pandemic halted the project.

Now, speaking to BBC, Universal studio's chairwoman Dame Donna Langley confirmed that sending Mr Cruise to space is among the studio's missions. She revealed the details of the project and said that Mr Cruise and Mr Liman - who previously worked with the actor on Edge of Tomorrow - pitched the film during the pandemic. Ms Langley said that movie "itself actually takes place on Earth, and then the character needs to go up to space to save the day".

"Tom Cruise is taking us to space. He's taking the world to space. That's the plan," Ms Langley told the outlet.

"We have a great project in development with Tom that does contemplate him taking a rocket to the Space Station. And hopefully he will become the first civilian to do a space walk outside of the International Space Station. He will play a down-on-his-luck guy who finds himself in the position of being the only person who could save Earth," she added.

The film is still in the dream phase and hasn't begun production yet. But if the movie gets off the ground, as mentioned earlier, Tom Cruise would be the first movie star to shoot in outer space on the International Space Station.

Notably, Mr Cruise does have some previous ISS experience having narrated, via Earth, the 2022 documentary Space Station 3D. The actor is also known for his daredevil stunts, so it is not unsurprising that he is now setting his sights for space.

Earlier this year, a video showing the actor sitting on an airborne red bi-plane with very little - if any - assistance also surfaced on social media. The clip showed Mr Cruise standing on the bi-plane holding to nothing but a rig and talking into the camera.
#COVID-19  #Covid
Add Comment