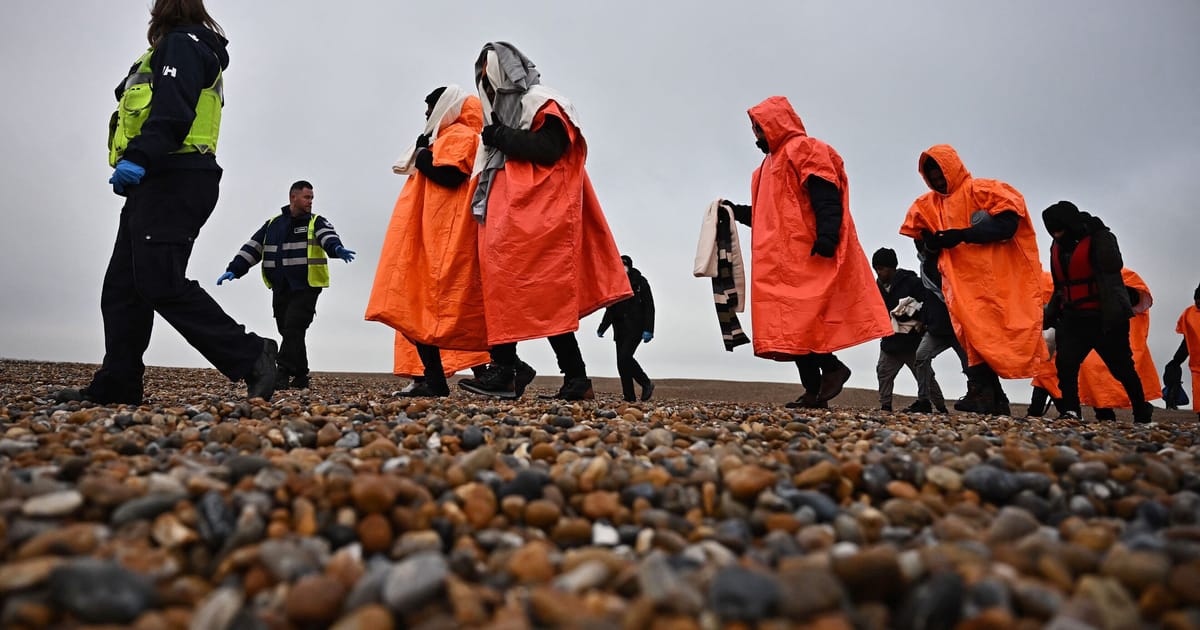 The EU needs to get real about migration

Though it isn’t the “invasion” some politicians say it is, the bloc needs to stop kicking the can down the road, pretending redistribution constitutes a permanent solution.
The new rift between the Czech Republic and Slovakia over temporary border controls should have everyone in the European Union worried.

Prague’s unilateral move to impose these checks came after a 1,200 percent year-on-year increase in the number of those entering the country illegally — most of them young men from Syria. And with another bitter dispute also erupting between Italy and France over migrants rescued at sea, it’s clear that the long-delayed conversation regarding the EU’s long-term goals on mass migration finally has to take place.

These checks show that in the face of a growing crisis, the freedom of movement that is so very central to the European project is now under threat. And at some stage or other, the EU will have to confront the fact that while migrants’ desire for a better life is understandable, the status quo on migration policy — with an emphasis on the redistribution of those who enter the bloc rather than deterrence — promises no long-term solutions for suffering migrants or the simmering discontent of EU citizens.

Though tough measures to combat migration are being imposed by some individual countries, current migration flows across the Continent exploit free movement. And only an international approach that preserves the internal coherence of the Schengen zone has a chance of being sustainable.

The first precondition for such an approach, however, would likely be an end to the demonization of political parties that are tough on migration. This doesn’t necessarily mean admitting they have been proven “right,” rather it simply means accepting that migration is becoming an increasingly important issue for EU citizens — not less — as demonstrated by the recent electoral victories of said parties.

Currently, too many in Europe lazily dismiss those with a tough stance on immigration as “far right” or “extremist.” Indeed, European Commission President Ursula von der Leyen’s threat to Italian Prime Minister Giorgia Meloni’s right-wing coalition prior to the country’s election suggested she doesn’t trust the new Italian government to uphold EU values.

Yet, it’s important to remember there’s more than one way to protect EU values. And just as the rule of law must be guarded, so too must the proper limits of EU-wide freedoms be maintained.

What’s more, the notion that free movement is threatened by mass migration flows is no longer a fringe view held only by the likes of Meloni and her conservative ally, Hungarian Prime Minister Viktor Orbán either. In justifying his nation’s border controls with Slovakia, the Czech Republic’s strongly pro-EU Interior Minister Vít Rakušan has also invoked the same principle.

Accepting the validity of such concerns, EU institutions thus need to shift their focus toward solutions that lie on the bloc’s external borders. So far, however, the Commission’s stance on deterrence has been marked by inconsistency; endorsing Poland’s “firm” stance against migrants trying to enter the EU via Belarus — a hot spot of terrible suffering and deprivation — on the one hand, but punishing Hungary for an unforgiving stance at its Serbian border on the other.

Frustration over such inconsistency has now led Hungary, Austria and Serbia to reach their own agreement, aiming to end what they emotively call “asylum tourism,” through a beefed-up police presence at the North Macedonian border and deportations from Serbia.

As a result, EU leaders now protest that their strategy of focusing on the redistribution of asylum seekers is being hampered by countries on the front line of the migration crisis. But given the criticisms they’ve long faced for their attempts at deterrence, it’s understandable that these countries are skeptical of the EU’s attempts to get a handle on the problem.

And that’s before even considering the efficacy of redistributive systems, which, at their most ideal, are still only quick Band-Aid solutions for the long-term challenge of mass migration.

Whether people have the right to claim asylum in Europe simply because they desire a better life is up for debate, and the socioeconomic consequences of mass migration vary so widely within Europe, it’s impossible to draw general conclusions.

What there can be no doubt about, however, is the suffering that results from attempts to enter and cross Europe illegally. Stopping this suffering is the one indisputable moral imperative raised by the migration crisis — and the only realistic way to achieve it is through deterrence, stopping people from trying to enter the EU except through official channels.

Of course, this will mean tougher policing all around the EU’s periphery because — as the Czech Republic’s controversial border checks have shown — stopping illegal migration outside the bloc’s borders is the only way to preserve freedom of movement within it.

Mass migration isn’t the “invasion” some politicians like to say it is. Still, the EU can no longer kick the can down the road, pretending that merely redistributing migrants constitutes anything near a permanent solution.

Instead, it’s time the EU put its own internal cohesion first, as our failure to deal with migration may well end up making the privileges of modern European life — the very privileges so valued by migrants themselves — unsustainable.
Add Comment