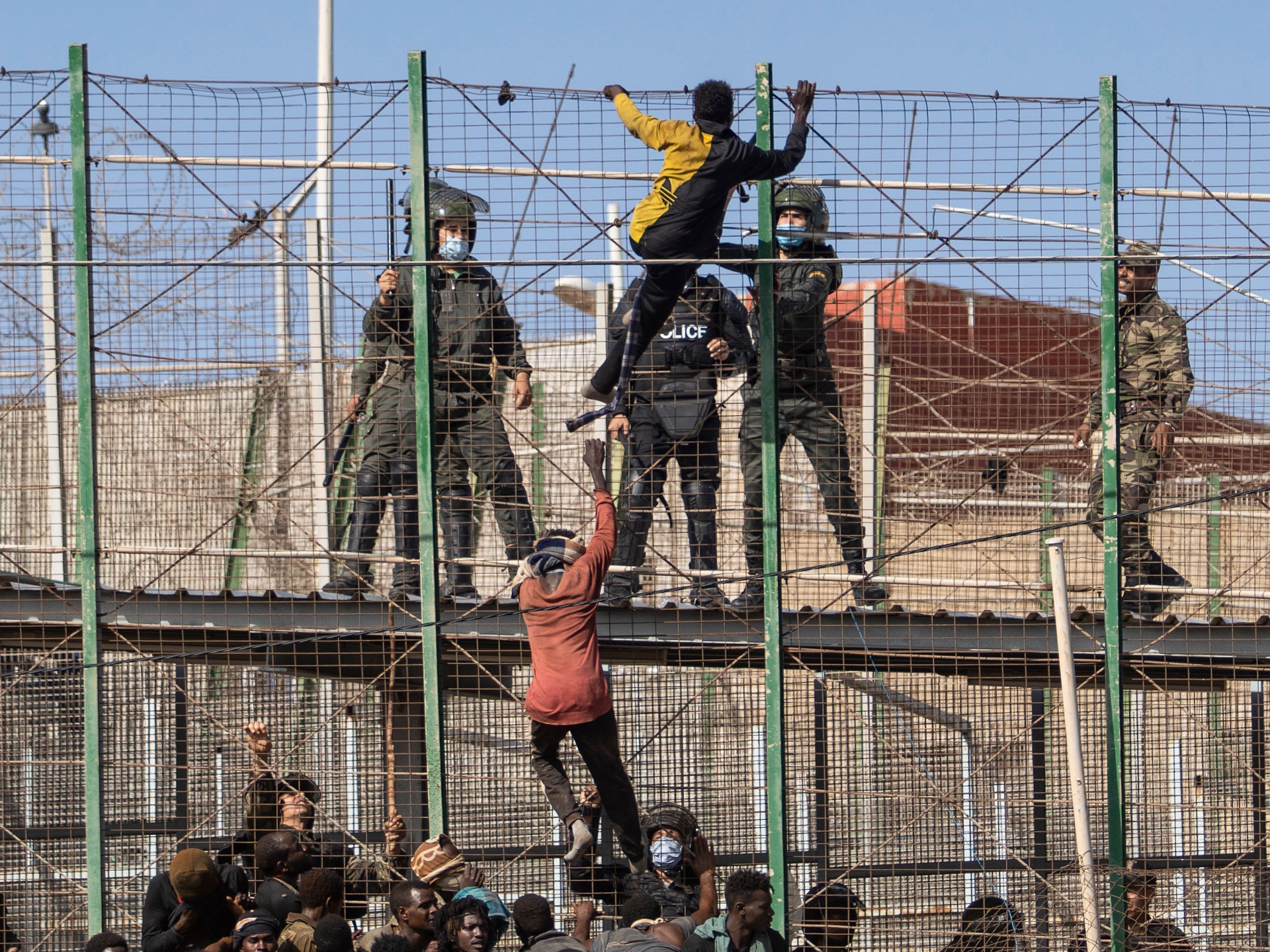 At least 23 people died after a mass storming of the border crossing between Morocco and the Spanish enclave.

A Spanish prosecutor has dismissed a criminal case against Spanish border agents for their handling of a mass border crossing, in which at least 23 people died attempting to enter the Spanish enclave of Melilla from Morocco.

“It cannot be concluded that the actions of the intervening agents increased the risk to the life and physical integrity of the migrants, and therefore they cannot be charged with reckless homicide,” the prosecutor’s office said in a statement on Friday.

The handling of the tragedy has been a significant political headache for the Spanish government and led to calls for the interior minister to resign, after criticism from Spain’s ombudsman and UN human rights experts.

An investigation was launched on June 28, four days after about 2,000 people tried to storm a border post separating Morocco from the enclave, with dozens managing to get across.

Morocco has said that 23 people died in the incident, which resulted from a crush and from asylum seekers falling from a high fence, while Spanish authorities have argued that no deaths occurred on their territory.

The immigration prosecutor said none of the officers involved in the operation, including the helicopter crew overflying the area, was aware of the crush, “so at no time did they know that there were people at risk who needed their help.”

It branded the asylum seekers “constantly hostile and violent” towards Moroccan and Spanish police and concluded that Spanish police were unaware that people in the crowd needed medical help.

The prosecutor also called on the Spanish government to ensure that asylum seekers have real possibilities to apply for visas, international protection or asylum at the border posts.

Human rights group Amnesty International said in a recent report that at least 37 people died and 77 were missing.

It condemned Moroccan and Spanish authorities for using “unlawful and lethal force”, including tear gas and stones and failing to provide prompt medical assistance to the injured. It said their response “smacks of a cover-up”.

The Spanish enclaves of Melilla and Ceuta have long been a magnet for people fleeing violence and poverty across Africa, seeking refuge via the continent’s only land borders with the European Union.

So-called “pushbacks” – the forcible return of people across an international border without an assessment of their rights to apply for asylum or other protection, violating international and EU law – are a contentious issue in Europe.