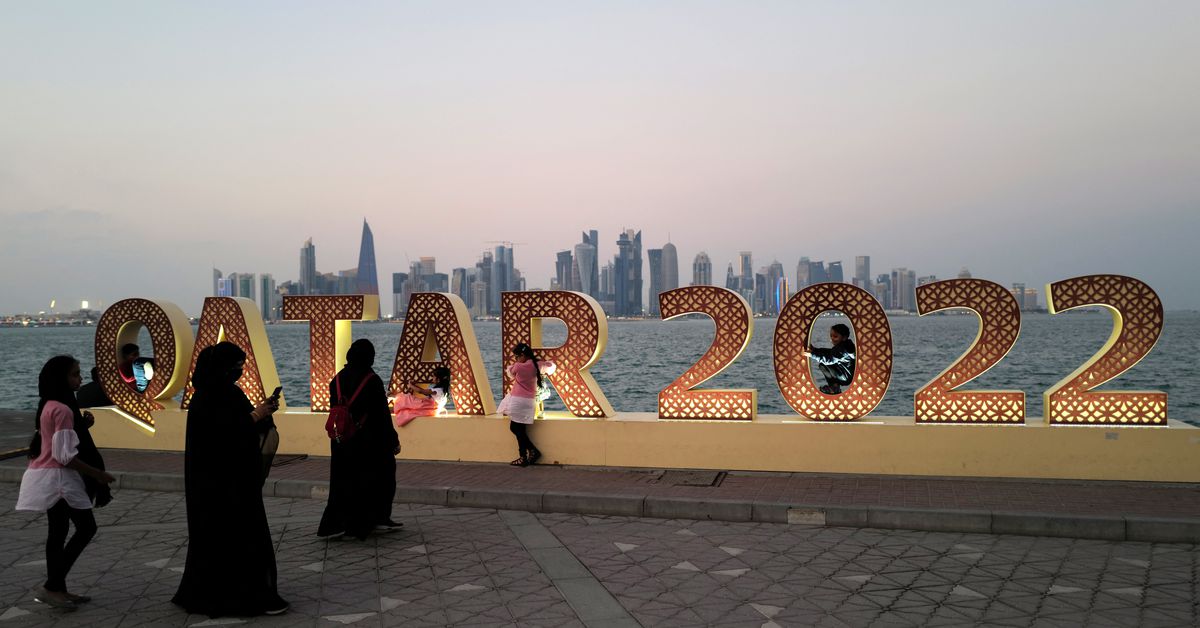 As the World Cup reaches a climax in Qatar, drama on the pitch has partially eclipsed human rights controversies that dogged the Gulf Arab state since it was first chosen to host the competition 12 years ago.
From the moment it was awarded the tournament, critics questioned how soccer authorities could pick a country which had never before qualified for the finals, was too hot to host summer matches and would need to build most of its World Cup stadiums from scratch.

The decision also put Qatar's human rights record in the spotlight - including conditions for foreign workers who built those stadiums and conservative laws which ban homosexuality, restrict political expression and curb alcohol sales.

Qatari authorities say the decade-long criticism of their country has been unfair and misinformed, pointing to labour law reforms enacted since 2018 and accusing some critics of racism and double standards.

Organisers have also denied allegations of bribery to clinch the right to host soccer's biggest event, held for the first in the Middle East.

Those disputes overshadowed the build-up to the competition, complicating Qatar's efforts to present itself as a global power offering the world more than vital natural gas supplies.

A Belgian investigation into separate allegations that Qatar lavished officials with cash and gifts to influence decision-making in the European Union helped reignite criticism this week. Qatar denies any wrongdoing.

But three weeks of heroics and heartbreak on the pitch have helped dim the controversies, as quarter-finals have gone to dramatic penalty shootouts and underdogs triumphed over soccer giants, opening the way for two eagerly awaited semi-finals.

Fears the tournament would stretch beyond breaking point an untested country, the smallest in terms of geography and population to host the World Cup, also proved unfounded. Sixty matches have been held successfully, with just four remaining.

"Many of us underestimated Qatar’s ability to deliver this tournament, but ultimately they pulled it off. The logistics have run smoothly and the infrastructure has worked well," said a Western diplomat in Qatar.

The first week of competition set the tone, with Saudi Arabia stunning Argentina in one of the biggest upsets of World Cup history, to the glee of thousands of visiting Saudi fans whose country until last year led a regional boycott of Qatar.

The leaders of the two neighbouring countries draped themselves in each others' national flags and scarves at the tournament, symbolising the end of a bitter dispute.

The surprise progress of Morocco -- carrying African and Arab hopes into the semi-finals for the first time -- also electrified the competition, challenging European and South American dominance and offering vindication for a first World Cup in the Arab world.

Germany players pointedly put their hands over their mouths for a pre-match photo after the "One Love" ban in a gesture which echoed the vocal critique of Doha's rights record from some German political leaders.

That didn't stop Qatar signing a 15-year deal to supply Germany with natural gas days later, but the German team's early knockout was greeted with schadenfreude by some Qataris, stung by criticism from Berlin and other capitals.

"All seven #OneLove armband teams are now out of the #WorldCup. Maybe if they focused more on football, rather than how to protest, they wouldn't be out," tweeted Qatari writer Reem al-Harmi.

Another European diplomat said the tournament had given a platform for political issues. "From a Western perspective, the critique has not vanished," they said.

"You can't separate sport and politics. But when the game starts, it's the game and not politics for the next 90 minutes."

Concerns about logistical challenges in Qatar, hosting an event of this scale for the first time, emerged in September when marshals struggled to manage crowds leaving an inaugural match at the country's largest stadium. However, the World Cup itself has mostly run smoothly.

"Everything is uniform and steady. No bottlenecks," one official said, smiling and clasping his hands after Argentina's defeat to Saudi Arabia three weeks ago at the same stadium.

Restrictions on alcohol sales in the conservative Muslim country drew much attention before kickoff, but many visiting fans eventually shrugged off the issue.

Those curbs will likely have helped ensuring crowd safety, and the lower-than-expected number of visitors, although disappointing for organisers, put facilities under less strain.

Authorities had forecast an influx of 1.2 million for the month-long tournament, but only 765,000 visitors arrived in the busiest first two weeks when 32 teams were competing and four matches were held daily.

Qatar says those numbers don't tell the full story of a competition which has attracted fans from southeast Asia, South America, Europe and across the Arab world.

"We believe that this is the most inclusive World Cup," Foreign Minister Sheikh Mohammed bin Abdulrahman Al-Thani told the Washington Post last week. "All of them are coming here and enjoying the football".
Add Comment