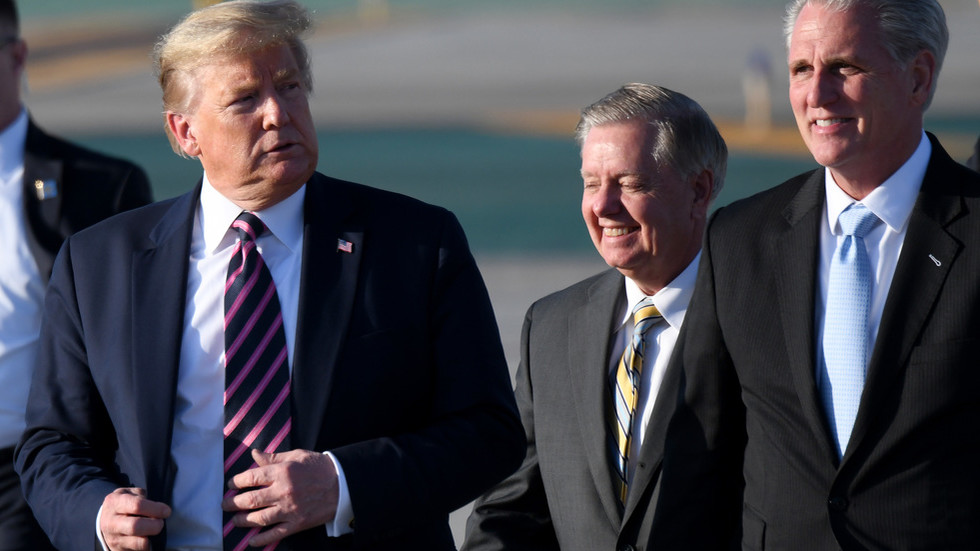 Prosecuting former President Donald Trump for mishandling classified information – especially after the investigation of his erstwhile rival Hillary Clinton ahead of the 2016 election failed to yield an indictment – would lead to “riots in the streets,” Senator Lindsey Graham (R-South Carolina) told Fox News on Sunday.

“Most Republicans, including me, believe when it comes to Trump, there is no law. It’s all about getting him,” Graham told host Trey Gowdy, the former South Carolina congressman who led the House investigation into Clinton’s use of a private email server for government business for which she was ultimately not charged.

The targeting of Trump could trigger a backlash if it escalates to taking the former president to court, Graham opined. “If there’s a prosecution of Donald Trump for mishandling classified information, after the Clinton debacle…there’ll be riots in the streets.”

The senator decried what he called the “double standard” against the former president, who is expected to announce a 2024 comeback candidacy in the near future, arguing that first Clinton and then wayward Biden scion Hunter Biden were protected by the FBI.

Not only did the agency refuse to prosecute Clinton, it has also been accused of flexing its muscles to prevent the “laptop from hell” story from spreading on social media. Republican senators have blamed the FBI for scheming to “downplay” information on Biden’s laptop for the purpose of shutting down investigations relating to potential criminal activity and labeling it “disinformation.”

Meanwhile, he said, the affidavit used to justify the nighttime FBI raid on Trump’s home Mar-a-Lago earlier this month “falls short of any meaningful transparency.”

The 38-page affidavit that was used to obtain the search warrant for the Florida country club revealed agents suspected that there could be “evidence of obstruction” in the boxes of classified documents the former president took with him when he left the White House. However, agents were aware that Trump had the classified files since at least February.

Graham’s political opponents took his words as a call for violence – rather than a prediction – if Trump were to be prosecuted. Former White House ethics chief Richard Painter even called for him to be “expelled from the Senate” for “inciting January 6 all over again,” while MSNBC host Joe Scarborough accused the senator of simultaneously fear mongering about, and being “fine” with, riots, so long as they were conducted by fellow Republicans.