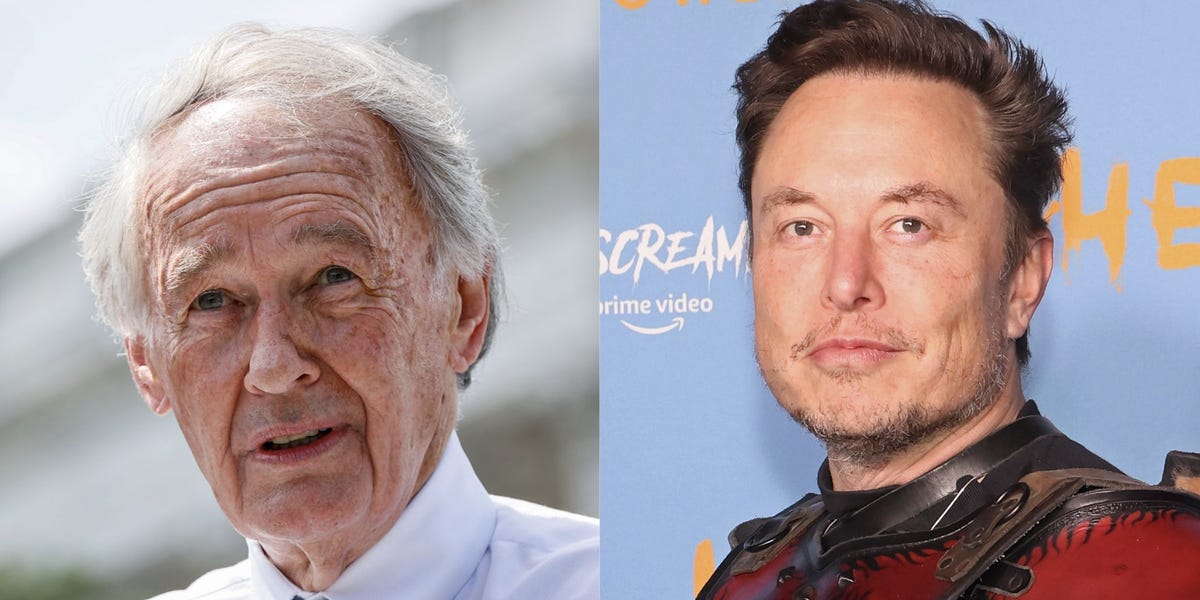 In a letter addressed to Musk and shared on Twitter, Markey said a Washington Post reporter "easily created a fake Twitter account in my name, and by paying $8.00 was also able to obtain Twitter's blue checkmark, signifying that Twitter had 'verified' the account was indeed that of a sitting U.S. senator."

"It was not," Markey's letter to Musk continued. "Apparently, due to Twitter's lax verification practices and apparent need for cash, anyone could pay $8.00 and impersonate someone on your platform."

The Washington Post reported on Friday that the outlet was verified "in minutes" while experimenting with the verification system and creating "imposter accounts" for Markey and a comedian. Both fake accounts were quickly verified, which the Post said makes the blue check "mostly worthless."

Following the experiment, Markey said that Twitter "must explain how this happened and how to prevent it from happening again."

"Perhaps it is because your real account sounds like a parody?" Musk said on Twitter in a reply to Markey's tweet. He also asked why Markey is wearing a mask in his profile picture.

Markey fired off another tweet in response to Musk, calling out the billionaire's companies under various investigations.

"One of your companies is under an FTC consent decree. Auto safety watchdog NHTSA is investigating another for killing people. And you're spending your time picking fights online," Markey tweeted. "Fix your companies. Or Congress will."

The Federal Trade Commission said on Friday that it is "tracking recent developments at Twitter with deep concern." Meanwhile, the National Highway Traffic Safety Administration (NHTSA) has spent months investigating Tesla's autopilot feature, assessing data from 830,000 Tesla cars and almost 200 new cases of collisions while the autopilot feature was activated.

Musk said last week that he wants Twitter to be the "most accurate source of information," though many of his tweets in the last few weeks contradict him. He tweeted a link to a news site spreading unfounded (and homophobic) claims about the assault on Paul Pelosi, which left the House Speaker's husband hospitalized. He also tweeted that Twitter was the biggest driver of "clicks" on the internet, after which he was quickly fact-checked for being "100% wrong."

Musk's tweets have put him in hot water with advertisers, several of whom have suspended ads on the site. Since he completed his takeover of Twitter last month, he has laid off several top executives and a large chunk of the company's staff, including public policy staff who verify politician accounts.