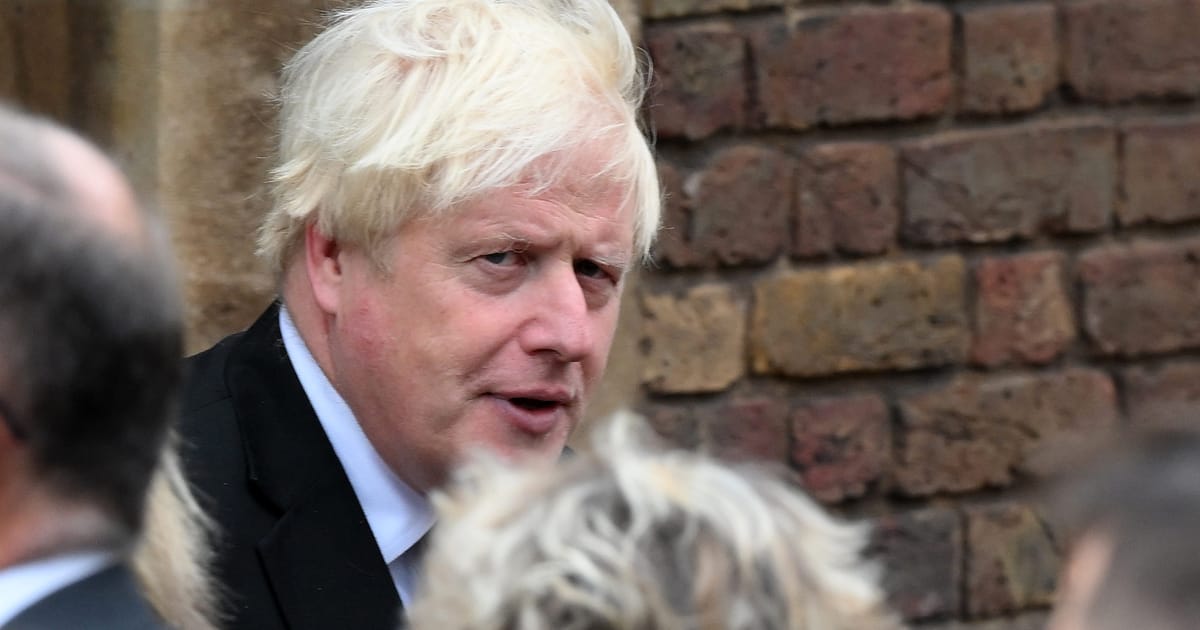 Rishi Sunak could be installed as U.K. prime minister as early as Monday after Boris Johnson sensationally abandoned hopes of a return to No. 10 Downing Street.

In a dramatic statement Sunday evening after a weekend spent canvassing Tory MPs, Johnson announced it was “not the right time” for him to attempt a comeback when Liz Truss steps down this week.

His decision leaves Sunak, his fierce rival and former chancellor, in pole position to take over as U.K. prime minister in the coming days — although third-placed Penny Mordaunt could yet see a surge in support following Johnson’s abrupt departure from the race.

“I believe I have much to offer,” Johnson said in a statement, “but I am afraid that this is simply not the right time.”

The rules agreed by Tory Party chiefs following Truss’ resignation state that any candidate hoping to succeed her requires the support of 100 fellow Tory MPs by the time nominations close on Monday at 2 p.m.

Sunak had easily cleared that hurdle by late Saturday afternoon, with both Johnson and Mordaunt lagging behind and seemingly struggling to make the cut.

In his statement Sunday evening, Johnson claimed he did in fact have the numbers required, and that he was confident of winning sufficient support in the subsequent ballot of Tory grassroots members to put himself back in No. 10. But he said the urgent need for party unity meant he would pull out of the race instead.

“You can’t govern effectively unless you have a united party in Parliament,” Johnson said. “And though I have reached out to both Rishi and Penny — because I hoped that we could come together in the national interest — we have sadly not been able to work out a way of doing this.

“Therefore I am afraid the best thing is that I do not allow my nomination to go forward and commit my support to whoever succeeds.”

Critics of Johnson claimed he simply never had the numbers to meet the 100-MP threshold, pointing to his lack of publicly-declared nominations and the deep-seated anger within the party over his scandal-hit years in Downing Street.

Whatever the truth, with his main rival now out of the race Sunak will be optimistic of winning the contest at the first attempt Monday, without the need for a ballot of the party grassroots. Senior figures including Chancellor Jeremy Hunt rowed in behind Sunak Sunday evening following Johnson’s departure from the race.

Allies of Mordaunt insisted she would remain in the contest and hoped to win enough support from former Johnson supporters to hit the magic total of 100 MPs — so forcing a ballot of members in the days ahead.

But most observers believe Sunak is now firmly on course for Downing Street, just seven astonishing weeks after he was roundly defeated by Truss in the last Tory leadership contest. Victory would see him installed as Britain’s first-ever Hindu prime minister, and at Diwali — the five-day Hindu and Sikh festival of lights.

In a series of tweets Sunday evening Sunak paid tribute to Johnson, the man who gave him his big break in politics in February 2020 — plucking him from the junior ministerial ranks to make him chancellor — before a dramatic falling-out between the pair saw Sunak quit the Cabinet in July 2022, precipitating Johnson’s own departure from No. 10.

“Boris Johnson delivered Brexit and the great vaccine roll-out,” Sunak said. “He led our country through some of the toughest challenges we have ever faced, and then took on Putin and his barbaric war in Ukraine. We will always be grateful to him for that.

“Although he has decided not to run for PM again, I truly hope he continues to contribute to public life at home and abroad.”

Johnson had always made clear he hoped to one day return as prime minister after being ousted back in July. His parting shot to the House of Commons at his final session of Prime Minister’s Questions was “Hasta la vista, baby” — a reference to actor Arnold Schwarzenegger’s famous “I’ll be back” catchphrase from the ‘Terminator’ movies.

Indeed, former colleagues of Johnson including his most senior ex-aide, Dominic Cummings, claim he tacitly supported Truss’ bid for No. 10 precisely because he believed she was unsuited to the role, and so would crash and burn once ensconced in No. 10 — potentially giving him the chance of a comeback.

But even Johnson was taken by surprise at the speed of Truss’ meltdown. He was on holiday with his family in the Caribbean when she abruptly resigned Thursday after just 44 days in power, and was forced to fly home late Friday night to kickstart his nascent leadership bid.

But many other former allies had advised him against another run, and several of the party’s most senior right-wing figures had backed Sunak instead.

Even Johnson’s closest supporters were taken by surprise by his decision Sunday evening. Embarrassingly, a newspaper column written by Zahawi backing Johnson for the leadership was published at 9 p.m., the exact moment Johnson was pulling out of the race. Zahawi announced 29 minutes later that he was now backing Sunak instead.

Another prominent Johnson supporter, James Duddridge, tweeted simply: “Well that was unexpected. Off to bed!” An hour later he, too, announced he was backing Sunak.