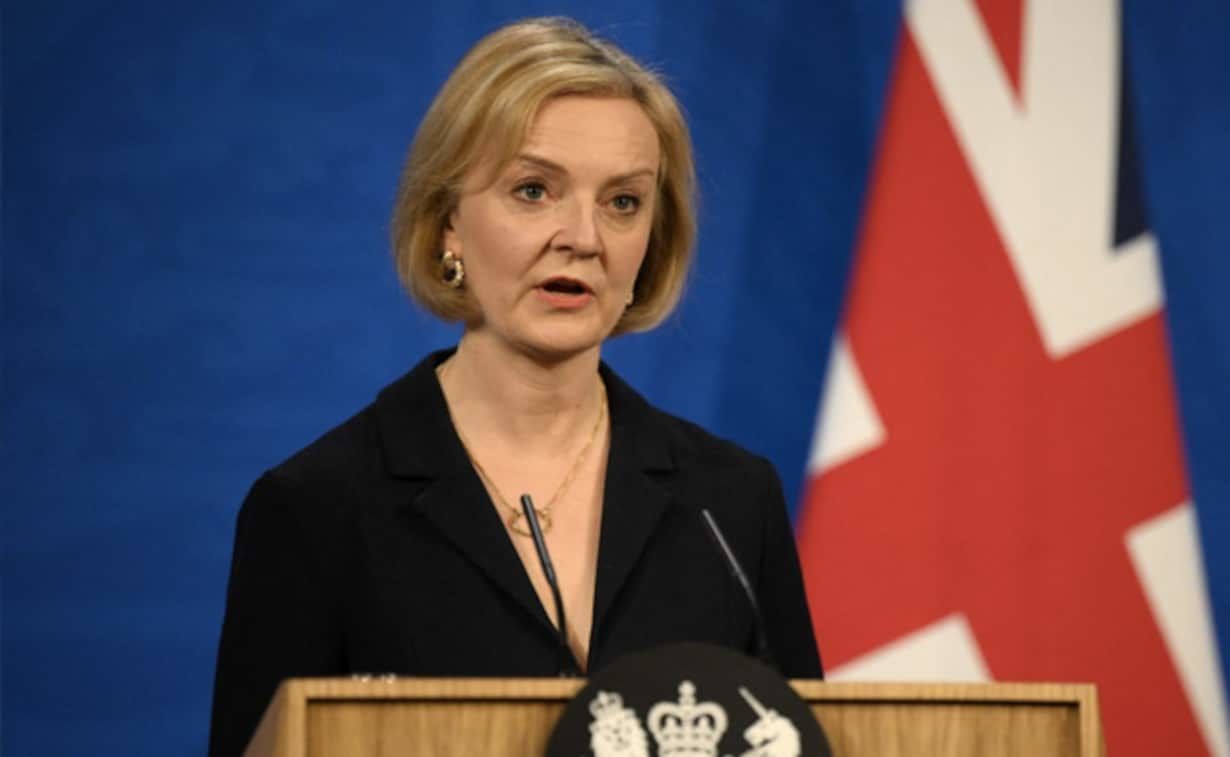 At least four MPs from Truss's Conservative party have publicly urged her to quit in the aftermath of the dramatic U-turns on her economic agenda in recent days.

Calls are growing for Britain's beleaguered Prime Minister Liz Truss to resign or be replaced, after weeks of economic and political tumult over her now largely abandoned tax-slashing economic package.

At least four MPs from Truss's Conservative party have publicly urged her to quit in the aftermath of the dramatic U-turns on her economic agenda in recent days.

Following the decision on Friday to sack her finance minister and replace him with previous leadership rival Jeremy Hunt, Truss could decide her credibility has been so undermined that she must stand down.

She would remain as prime minister until a successor was decided.

That could mean another Tory leadership contest, less than two months after the last one formally concluded.

But the party could avoid a lengthy and divisive fight by consolidating around a single replacement, who is selected in a coronation.

Theresa May replaced ex-premier David Cameron in 2016 -- amid the fallout from the Brexit referendum -- after all the other contenders eventually withdrew.

However, Truss has shown no sign of being willing to resign, with her spokesman telling reporters on Monday she remained "focused on delivery".

Tory MPs could try to force Truss from office -- but it would require a unified effort by the party's ever-fractious 357 House of Commons lawmakers.

Conservative party rules prevent a new leader facing a vote of no-confidence by their colleagues in their first year, because only one contest can be held in any 12-month period.

Outside of that, it normally requires 15 percent of the parliamentary party -- currently 54 MPs -- to back a leadership election.

However, the powerful 1922 Committee of Tory backbenchers, which sets the party's internal rules, could move to change them to allow for a no-confidence vote in Truss.

In that scenario, it is unclear what threshold would be set to trigger a ballot.

If she lost that possible vote, Truss would no longer be Conservative party leader but would remain as prime minister until a successor was selected.

The 1922 Committee would need to agree on the rules for selecting that new leader -- who would be the party's third this year and fifth since 2016.

Reports suggest Tory MPs do not want a protracted contest decided by rank and file party members, so they could attempt rally behind a single so-called unity candidate.

But the party is deeply divided and may struggle to coalesce around a single figure.

Although she has severely damaged her credibility, Truss may have carved out some political space to steady her faltering premiership, after replacing finance minister Kwasi Kwarteng on Friday with the more centrist Hunt.

Meanwhile, ditching almost all of her mini-budget has calmed the previously roiled markets, giving her some financial stability and time to turn things around.

Truss will meet with different factions of her unhappy party this week, while hosting the cabinet for a reception in Downing Street on Monday night.

Beyond that, Hunt will detail at the end of the month how the government will reduce borrowing over the medium-term, providing a further opportunity to reassure markets.

The next election in Britain is due by January 2025 at the latest, with the government able to decide if and when to trigger a contest prior to that.

However, Truss's government must retain the support of a majority of MPs.

Under Britain's uncodified constitution, there are thought to be three ways they can show they have lost faith, including by passing a no-confidence motion or voting down the government's budget plans.

In such a scenario, the prime minister is expected either to resign or request the dissolution of parliament from the king, which if accepted, prompts a general election.

The main opposition Labour party currently enjoys its highest poll leads in decades, with some surveys showing the Tories set to lose hundreds of seats.

So it is seen as highly unlikely that the scores of Conservative MPs needed to vote down the government would join opposition parties in doing so.