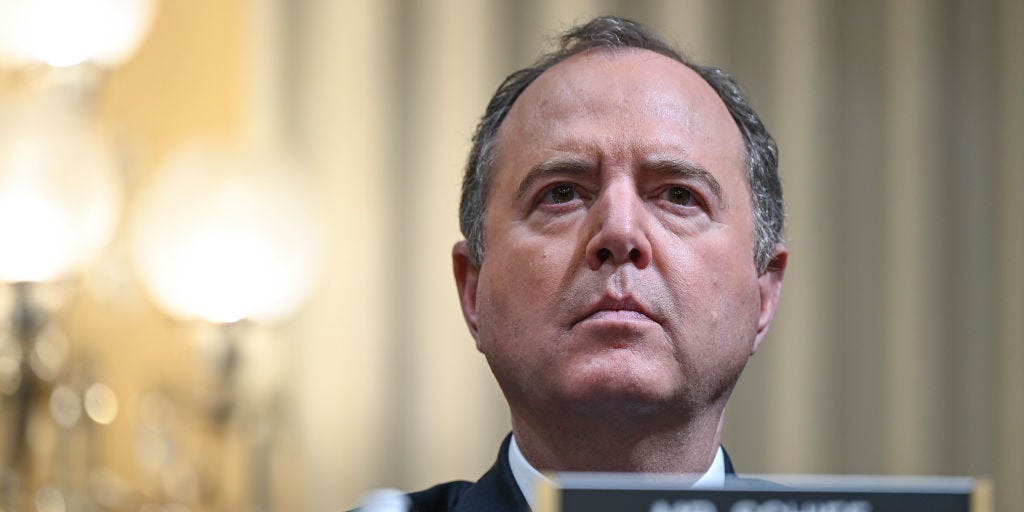 Rep. Adam Schiff says he was 'encouraged to hear' that Mike Pence might testify before January 6 committee

Democratic Rep. Adam Schiff of California said he was "encouraged" that former Vice President Mike Pence is considering testifying before the January 6 Committee.

Pence said last week that he would consider testifying "if there was an invitation to participate," Insider previously reported.

"I was encouraged to hear it, and I hope it meant what it sounded like it meant," Schiff told CNN's Jake Tapper on Sunday. "We have been in discussion with the vice president's counsel for some time, so he knows of our interest in having him come before us."

Schiff added he is confident the committee could "work out any executive privilege or separation of powers issues" with the former vice president.

In the months before the Capitol riot, Pence refused former President Donald Trump's demands to overturn the 2020 election results. Previous testimonies before the committee detailed threats made against the former vice president's life during the riot.

"There is, of course, nothing precluding the vice president, should he decide to, to come before Congress," Schiff said. "And I would hope, given the severity of the issues we're addressing here, an attack on our Capitol, an attack on our very democracy, that he would be willing to come in."

He added: "He could plainly share a lot of very firsthand information about what it was like to be the subject of those efforts to get him to violate his constitutional duty and arrogate to himself the power to decide who won or who lost an American presidential election."