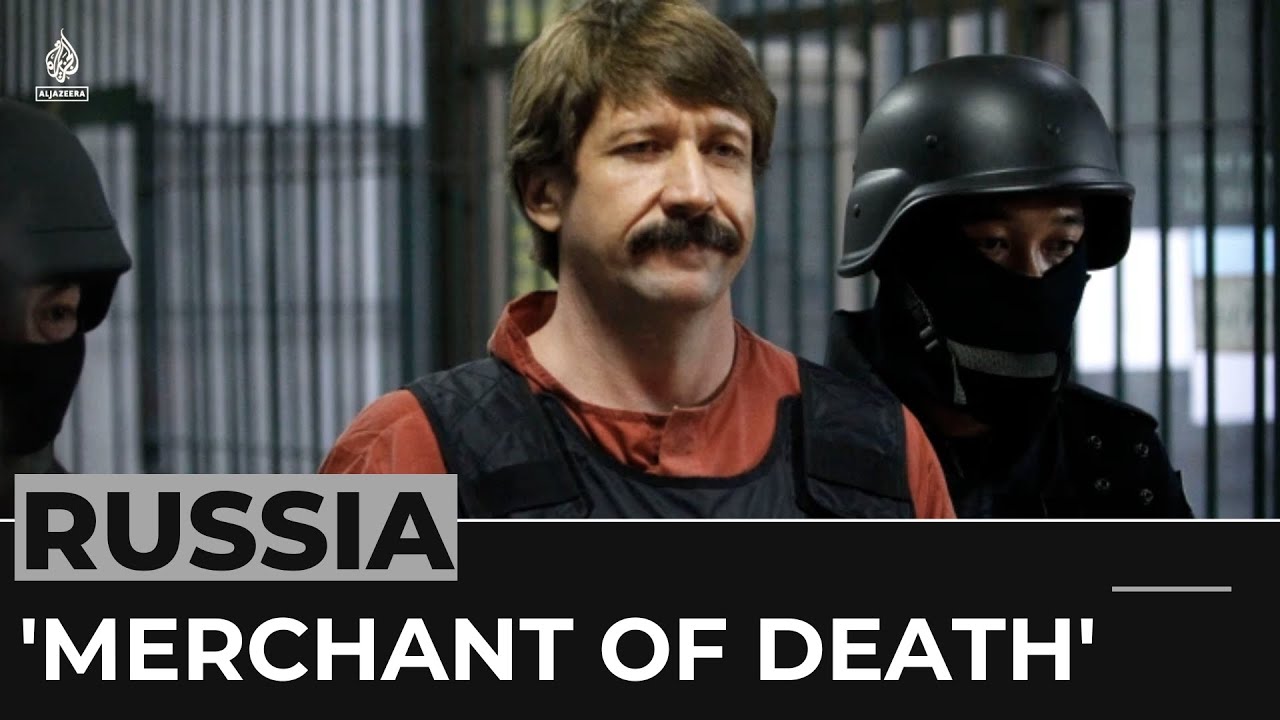 Viktor Bout was freed last week from a 25-year US prison sentence in swap for basketball star Brittney Griner.
Russian arms dealer Viktor Bout, who was freed last week from US custody in a prisoner swap for American basketball star Brittney Griner, has joined the ultranationalist Liberal Democratic Party (LDPR), according to the party’s leader, a Kremlin loyalist.

On Telegram on Monday, LDPR leader Leonid Slutsky said “the party card of the Liberal Democratic Party” had been “personally handed” to Bout.

“I am sure that Viktor Bout – a strong-willed and courageous person – will take a worthy place in it. Welcome to our ranks!,” he wrote in a post that included a picture of the two men.

Founded in 1991, the LDPR espouses a hardline, ultranationalist ideology that demands Russia reconquer the countries of the former Soviet Union.

It has been one of the most vehement supporters of the invasion of Ukraine, often calling for a more severe approach from Moscow.
In recent years, the party has assumed a subordinate role in Russia’s political system but provides token opposition to the ruling United Russia bloc while remaining aligned with the Kremlin on most issues.

Bout returned to Russia on December 8 after being released from a 25-year prison term in exchange for Griner, who was arrested in mid-February after officials at Moscow airport when cartridges containing cannabis oil in her luggage.

Griner, who the US State Department has said was “wrongfully detained”, was sentenced to nine years in prison in August.

Bout had been arrested by US authorities in Thailand in 2008, with prosecutors charging that his extensive arms smuggling in hotspots across the world amounted to material support of “terrorism”. The Kremlin has maintained the arrest was politically motivated.

Dubbed the “merchant of death”, Bout has also been implicated in violating or contributing to violating UN arms embargoes in Angola, Sierra Leone, Liberia and the Democratic Republic of the Congo.

The prisoner swap came during the ninth month of Russia’s invasion of neighbouring Ukraine, a conflict that tanked already strained ties between Washington and Moscow and complicated release negotiations.
In Russia, Bout’s release was viewed as a victory for Moscow.

Meanwhile, the administration of US President Joe Biden faced criticism for agreeing to the exchange, with detractors citing the disparity in the severity of charges against Bout and Griner.

Biden critics were particularly upset that US officials were unable to secure the release of Paul Whelan, a former marine serving a 16-year sentence for alleged espionage in Russia, in the deal.

The LDPR has a history of recruiting controversial personalities into Russian politics, with its founder and long-time leader Vladimir Zhirinovsky gaining a reputation as a political showman for his outrageous stunts and eccentric behaviour before his death in April.

In 2007, Andrey Lugovoy a former KGB agent wanted in Britain for the murder the previous year of former Russian spy Alexander Litvinenko, was elected to parliament for the LDPR.

In his first interview since his release, Bout told the state-run Russia Today channel that the West sought to “destroy and divide Russia” in the years since the dissolution of the Soviet Union.
#Joe Biden
Add Comment