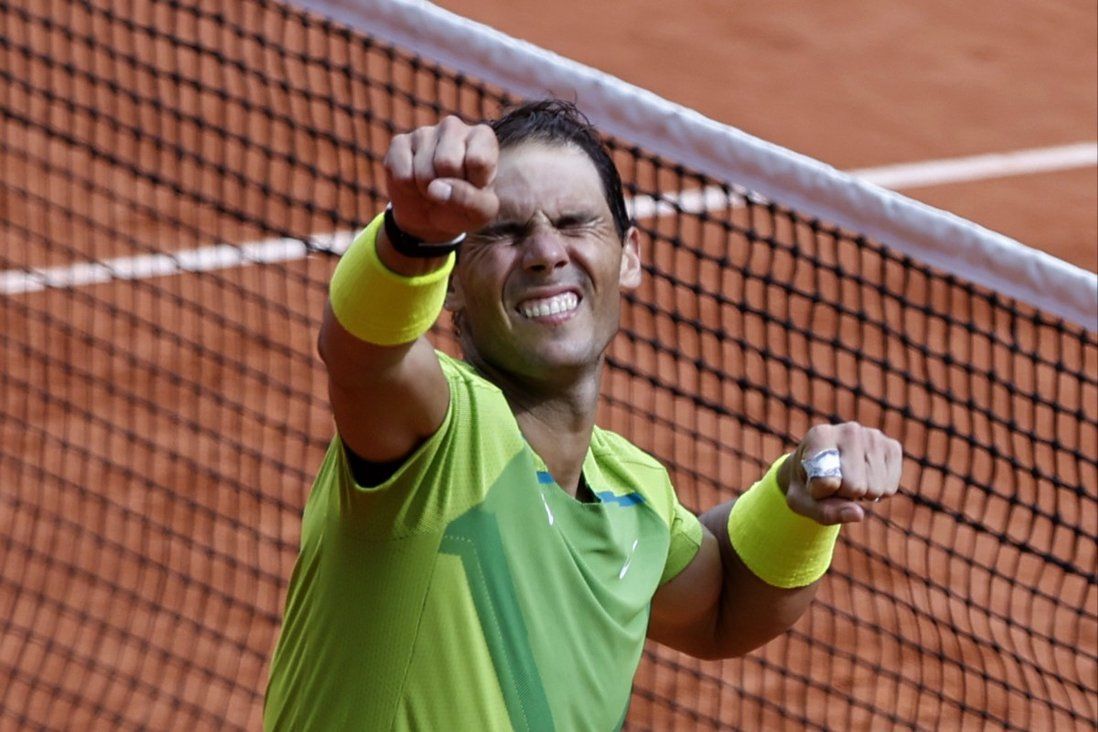 The 36-year-old Spaniard did not resemble a man who has been struggling with a foot injury as he outclassed Ruud 6-3, 6-3, 6-0 in the Norwegian’s first major final.

Fifth seed Nadal was relentless as he took his record tally of grand slam titles to 22 with another domineering display, beating Ruud 6-3, 6-3, 6-0 to reign yet again on Court Philippe-Chatrier.

Amid uncertainty over how long the 36-year-old Spaniard will be able to continue playing, he did not resemble a man who has been struggling with a foot injury as he outclassed Ruud in the Norwegian’s first major final. 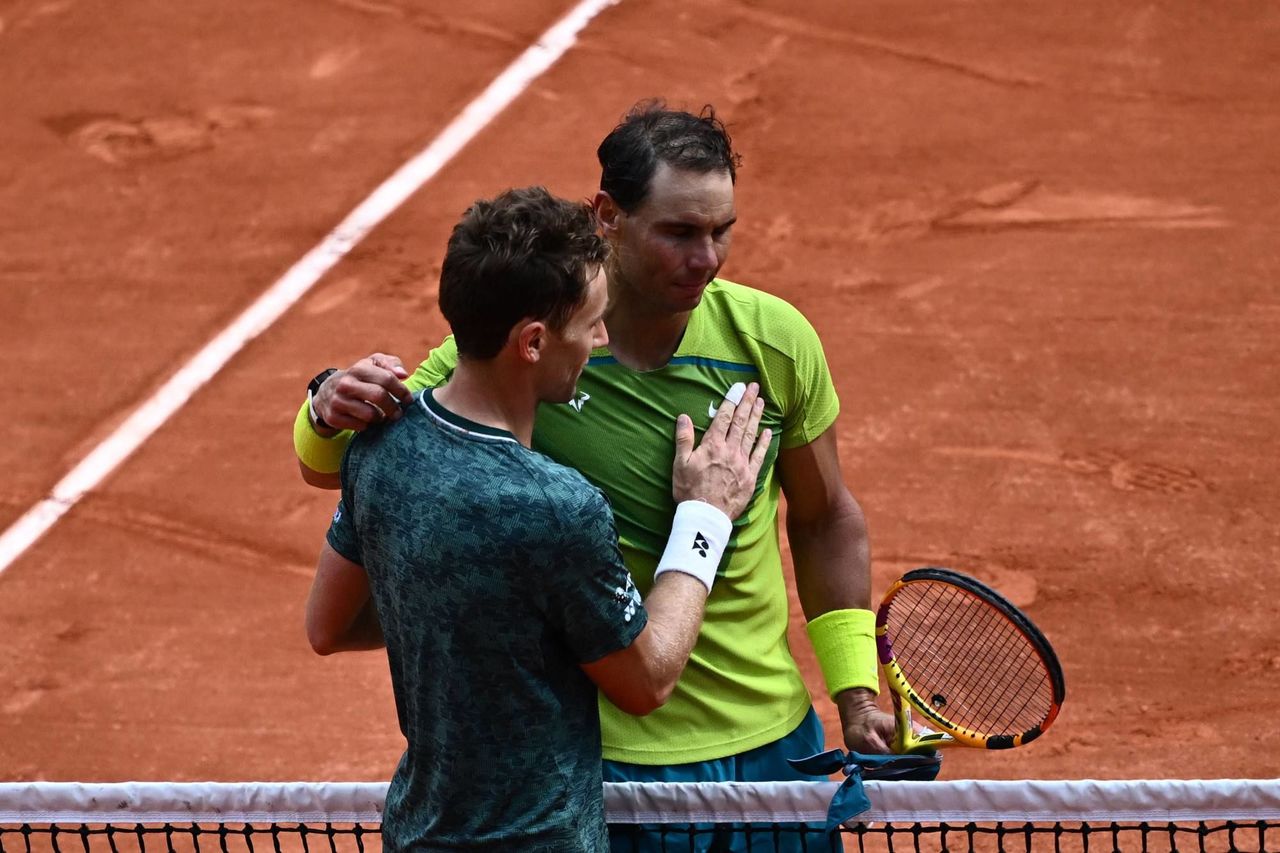 Spain’s Rafael Nadal, right, and Norway’s Casper Ruud at the end of their men’s singles final match at the Roland-Garros Open tennis tournament in Paris, France on Sunday.

Ruud was no match for his idol, who won 11 games in a row to secure back-to-back grand slam triumphs and maintain his perfect record in championship matches at Roland Garros.

Nadal struck an early blow when he broke with a majestic cross-court forehand winner on the run for a 2-0 lead, but he gifted the eighth seed an immediate break back with a couple of double faults before missing a forehand.

Ruud was unable to build on that, spraying a wild forehand long and seeing another bounce before crashing into the net to go a break down at 3-1.

Nadal darted in to put away a backhand winner to go 5-2 up and fired down three excellent serves in a row to wrap up the set.

Ruud got himself out of a hole by saving three break points before holding in the first game of the second set and the sprightly Scandinavian broke to love for a 3-1 lead, Nadal ending a poor service game with a double fault.

There was a sense of déjà vu when Nadal broke straight back, letting out a roar after Ruud looped a backhand into the tramlines and the Mallorca native led 4-3 when a lob from the underdog landed long.

Nadal was shifting through the gears, disdainfully swatting away forehand winners to get a packed crowd purring as he won a fifth game in a row to take the second set.

A prowling Nadal continued to dominate, racing in to put away another winner for a 2-0 lead in the third set and showing no mercy on a player who has trained at his academy but was not made to feel so welcome by one of the all-time greats in Paris. 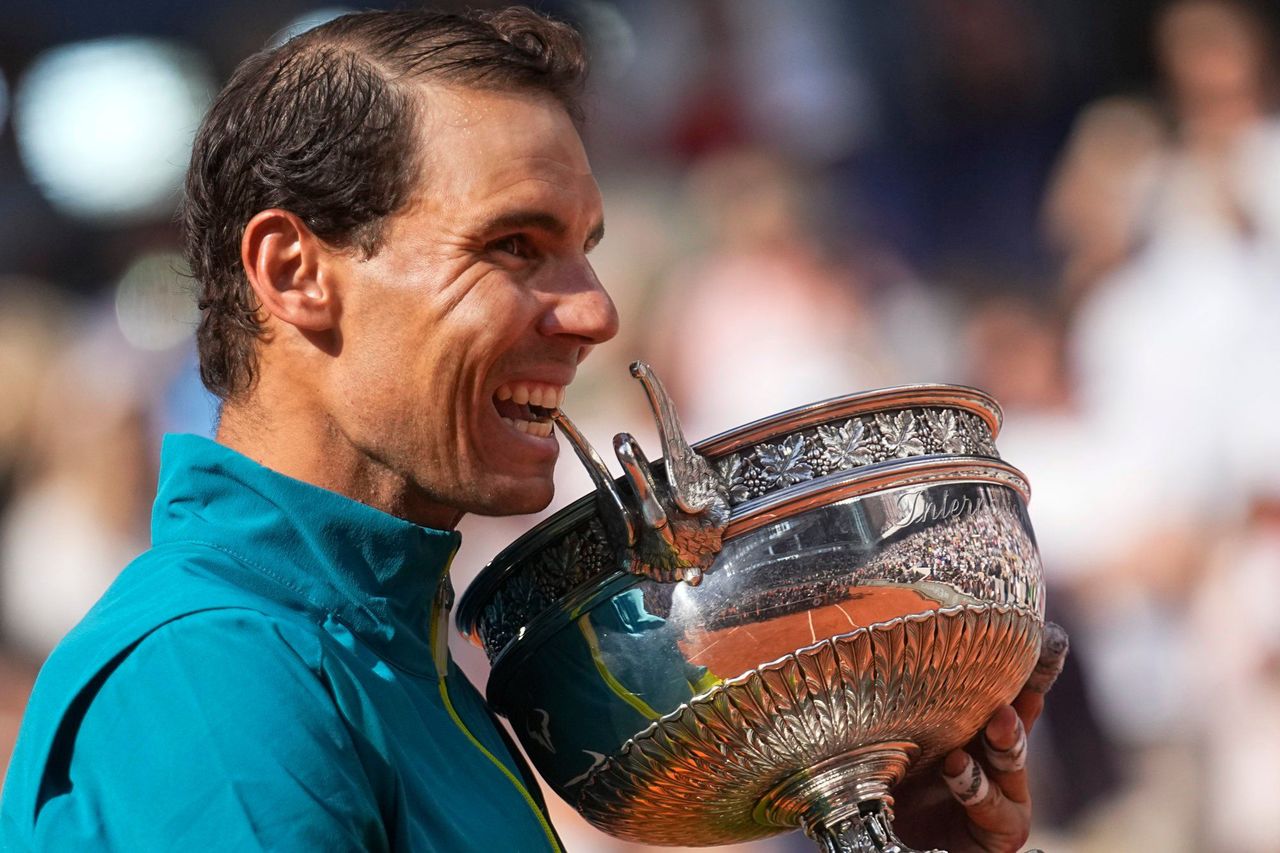 Ruud had no answer to the brilliance of Nadal as he was swept aside in the most one-sided of third sets, the champion putting him out of his misery with a backhand winner.

Nadal was dethroned by Novak Djokovic in Paris last year, but normal service was resumed as he took his staggering record in his favourite tournament to 112 wins and only three defeats.

This is the first time he has completed an Australian Open and Roland Garros double in the same season. He is now two clear of Djokovic and Roger Federer’s haul of 20 major titles.