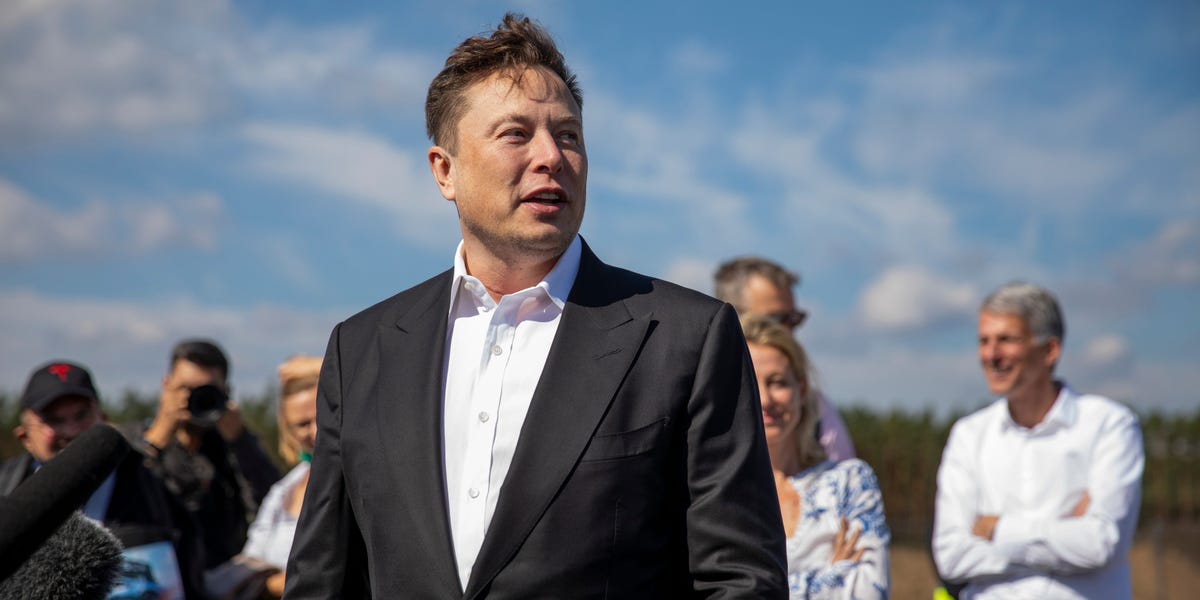 Questions about Elon Musk's Twitter takeover bleed into his pay-package trial, annoying Musk: 'Are we in the Tesla trial or Twitter trial?'

Elon Musk faced several questions about his Twitter takeover during his testimony on Wednesday. The billionaire was sued by a shareholder over his $50 billion Tesla compensation package. Musk appeared annoyed with questioning and asked, "Are we in the Tesla trial or Twitter trial?"
Even during a Tesla compensation trial, Elon Musk couldn't escape questions about Twitter.

Musk was peppered with questions about his Twitter acquisition, as well as his persona on the platform, throughout his testimony Wednesday in a Delaware court regarding his $50 billion Tesla pay package.

"Are we in the Tesla trial or Twitter trial? I'm confused," Musk said to lawyer Greg Varallo of Bernstein Litowitz Berger & Grossman, after Varallo asked him a series of questions around his role as "Chief Twit."

"We're in cross examination in an interesting case Mr. Musk," Varallo said. "So when your lawyer wants to make an objection, he has the right to do it. Sadly, you don't, but I suspect he will if he doesn't like the question."

Musk is facing a lawsuit from Tesla shareholder Richard Tornetta over his $50 billion Tesla compensation package. In the lawsuit, Tornetta argues that Musk and the automaker breached their fiduciary duties by awarding Musk a pay package that was "beyond the bounds of reasonable judgment." Tesla has argued that the package was justified because no one else could have made the electric-car maker's value soar the way that Musk has.

Until recently, Musk was also facing a lawsuit from Twitter over his attempts to avoid his committement to buy the social platform for $44 billion.

During Musk's Wednesday testimony, which lasted over two hours, Varallo questioned Musk about his role at Twitter, including his recent comment saying he plans to sleep at Twitter's headquarters until the company "is fixed." The billionaire said he plans to eventually bring in someone else to run Twitter and said he would be finished reorganizing the company by the end of the week.

"There's an initial burst of activity needed post acquisition to reorganize the company, but then I will reduce my time [committement] to Twitter to find somebody else to run Twitter over time," Musk said.

The billionaire also said that while he had brought in dozens of Tesla engineers to review Twitter's code, it was after work hours and on a voluntary basis. Experts previously told Insider that Musk's use of Tesla engineers at Twitter could be another cause for shareholder litigation.

Throughout the trial, Tornetta's lawyers have argued that Tesla's pay package has allowed the billionaire to turn his focus to other companies, including Twitter.

The Tesla CEO has faced his fair share of lawsuits and is known for giving combative testimonies.

At several points, Musk said the lawyer's questions were designed to "mislead people."

"Are you trained as a lawyer?" Varallo asked at one point, after Musk said he had agreed to a settlement with the Securities and Exchange Commission "under duress," which he had deemed "not valid as a foundation of law."

"I have some familiarity with the legal system," Musk joked. "If you're in enough lawsuits you pick up a few things along the way."

Musk is one of 19 witnesses that will take the stand over the course of the week, including executives who worked at Tesla in 2018, advisors that helped create the pay package, and compensation experts. Tesla has argued that Musk's 2018 pay plan, which involves a 10-year grant of 12 tranches of stock options that are vested when Tesla hits certain targets, was necessary to the carmaker's success. Tesla shares have soared over 1,000% to date since the billionaire's compensation plan was established in 2018.
#Elon Musk  #Tesla
Add Comment