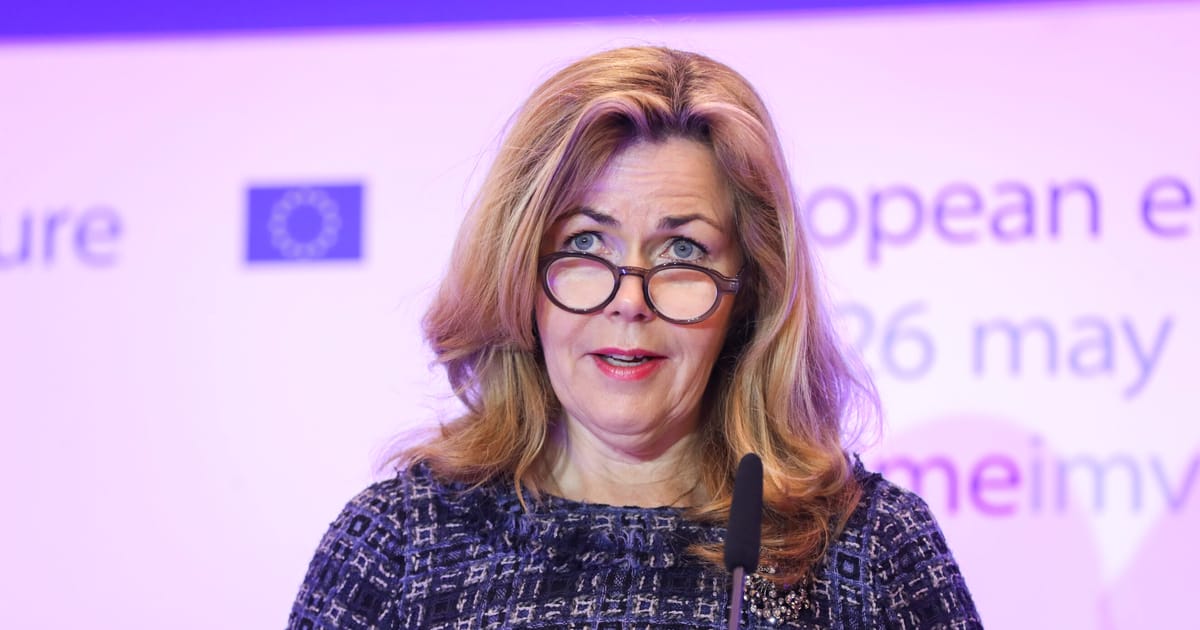 Cecilia Wikström says Fight Impunity’s board never met, and that she never received anything from Panzeri — not even an email.

A Swedish former MEP who sat on the board of a human rights group at the center of a Qatari and Moroccan influence-buying scandal said she feels that her reputation was exploited for questionable ends.

The NGO Fight Impunity was established in 2019 by Pier Antonio Panzeri, a former Italian Socialist MEP, who — along with Greek MEP Eva Kaili, her partner Francesco Giorgi who was a staffer at Fight Impunity, and Niccolò Figà-Talamanca, who ran another NGO — is facing preliminary charges of “participation in a criminal organization, money laundering and corruption,” by the Belgian prosecutor’s office.

“I feel extremely used. He has used our names, our reputations,” Wikström told POLITICO. “It’s just such a betrayal,” said the liberal Swedish politician, who spent 10 years as an MEP, chairing the powerful umbrella group of all committee heads in her second term.

Wikström said that when Panzeri approached her, she gladly agreed to join Fight Impunity’s board because she was honored to be included among such esteemed names. “With no doubts, I said yes, I felt honored and I agreed,” she added.

Wikström said that she now feels the board may only have existed in order to legitimize a possibly criminal outfit — to the detriment of vital human rights work. “If this is now a big laundromat — which it seems to be — then it’s so cynical, because it is something that is so badly needed in the time where we are,” she said. She sent an email resigning as soon as the news of the scandal broke earlier in December.

Speaking to POLITICO in an extensive interview, she expressed frustration that in three years, Panzeri did not convene a single meeting of the honorary board. “I looked forward to us meeting, making a difference — but that never happened,” she said. “He never called me, he never ever picked up the phone or sent me an email.” She said her participation was limited to a single online panel discussion in summer 2021.

Mogherini, Bonino, Avramopoulos and another board member, the sitting MEP Isabel Santos, have all said they stepped down. Cazeneuve has also quit, telling French magazine Marianne that he never received money from Fight Impunity and that he is “furious that my name is associated with this affair which sullies a noble cause and the European project.”

Wikström said the involvement of Denis Mukwege, a Nobel Peace Prize and Sakharov-prize winning Congolese gynecologist, was especially influential in convincing her to join Fight impunity’s honorary board, describing him as an “inspiration” whom she wanted to meet. Mukwege is the highest-profile honorary board member yet to comment publicly about the group since the accusations surfaced.

Fight Impunity was registered at 41 Rue Ducale in Brussels, a swanky address opposite the EU capital’s royal park, which it shares with a host of other organizations including Figà-Talamanca’s No Peace Without Justice. After Belgian authorities conducted multiple raids in Brussels, with the first on December 9, a plaque on the front of the building bearing Fight Impunity’s name has since been removed.

Unlike fellow honorary board member Dimitris Avramopoulos — who received €60,000 for his work for Fight Impunity and is now the subject of an internal investigation at the European Commission — Wikström said she was never paid and did not expect to be. “I didn’t receive a cup of coffee, nor a postcard, nor an email, nor a euro: zero,” she said. However, she noted it was strange that she did not receive even a small token of gratitude such as a box of chocolates or bouquet of flowers — standard practice by NGOs when new board members join or as a year-end gesture.

Wikström knew Panzeri from their time as MEPs, describing him as a “very discreet” and “polite” colleague who rarely spoke up. It made sense to her that he would set up such an NGO focused on bringing perpetrators of war crimes to justice due to his role as head of the subcommittee on human rights in the previous European Parliament, said the Swede. She now runs a research foundation called the Kjell and Märta Beijers Foundation.

In the two weeks since Belgian cops swooped down on at least 20 addresses in Brussels, making arrests and snatching €1.5 million in cash, the scandal has developed in surprising directions. In the latest twist, the Socialist & Democrats group suspended Eldar Mamedov, a Latvian of Azeri heritage who worked as a political adviser, for “serious misconduct,” reporting him to the Belgian authorities. According to Italian newspaper Il Fatto Quotidiano, Eva Kaili’s partner, Francesco Giorgi, told Belgian police that Mamedov received free World Cup tickets to Qatar and worked on Qatar dossiers.