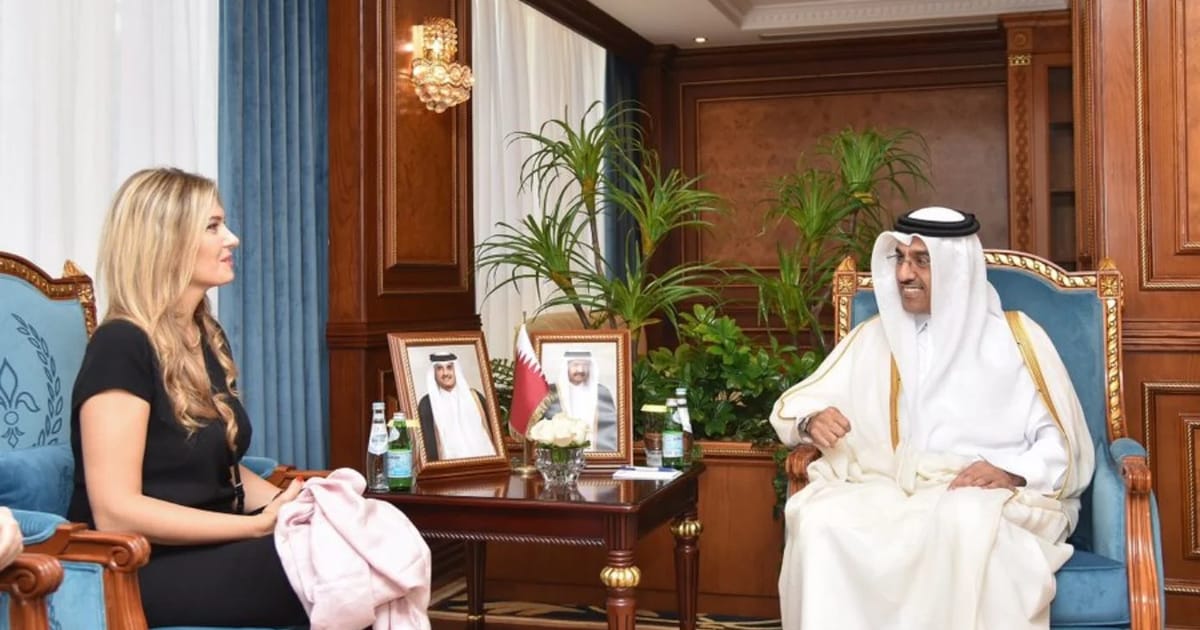 Qatar scandal: What just happened at the European Parliament?

Watchdogs say it could be the “most serious,” “most shocking,” “most egregious” corruption scandal to hit Brussels in years.

A series of at least 16 raids by the Belgian federal police Friday netted five people they said had committed “alleged offenses of criminal organization, corruption and money laundering.” The morning searches yielded €600,000 in cash, plus phones and computers.

Initially, the culprits weren’t major names by Brussels standards: A former member of the European Parliament, a few parliamentary assistants, and a trade union boss, all allegedly on the take for World Cup host Qatar. But to what end, really? Some questioned whether ­— if the charges were true — Doha had really made a smart investment.

By the evening, however, it was clear this wasn’t just a story of some has-beens and wannabes lining their pockets. Eva Kaili, a vice president of the European Parliament and vocal defender of Doha, landed in police custody, according to the Belgian federal police. The case also centers around an NGO that, until recently, counted some of the biggest luminaries in left-wing politics among its board members.

“The State of Qatar categorically rejects any attempts to associate it with accusations of misconduct,” said a Qatari official in a statement e-mailed Sunday morning.

As this potentially superlative scandal continues to unfold, POLITICO answers all your questions about the controversy roiling the EU capital.

Q: Who is Eva Kaili?

As one of Parliament’s 14 vice presidents, Kaili is one of the institution’s most powerful players — and as a former news presenter with celebrity status in her native Greece, one of Brussels’ most glamorous figures.

But Kaili has also emerged as one of the most vocal defenders of Qatar. She recently called the country a “frontrunner in labor rights” after meeting with the country’s labor minister, despite deep international concerns about conditions for stadium construction workers. A member of the center-left Socialist & Democrat (S&D) party, her portfolio includes special responsibilities related to the Middle East.

Kaili’s partner and co-parent, Francesco Giorgi, has also been detained, according to police and people with direct knowledge. He’s an adviser on the Middle East and North Africa region in the European Parliament — and a founder of an NGO called Fight Impunity, which aims to promote “accountability as a central pillar of the architecture of international justice.”

Q: Who else is involved?

Panzeri, an Italian ex-MEP also from the S&D, was among those arrested Friday morning. By the evening, his wife and daughter were also nabbed by Italian police. A warrant for their arrest, seen by POLITICO, accused Panzeri of “intervening politically with members working at the European Parliament for the benefit of Qatar and Morocco.” 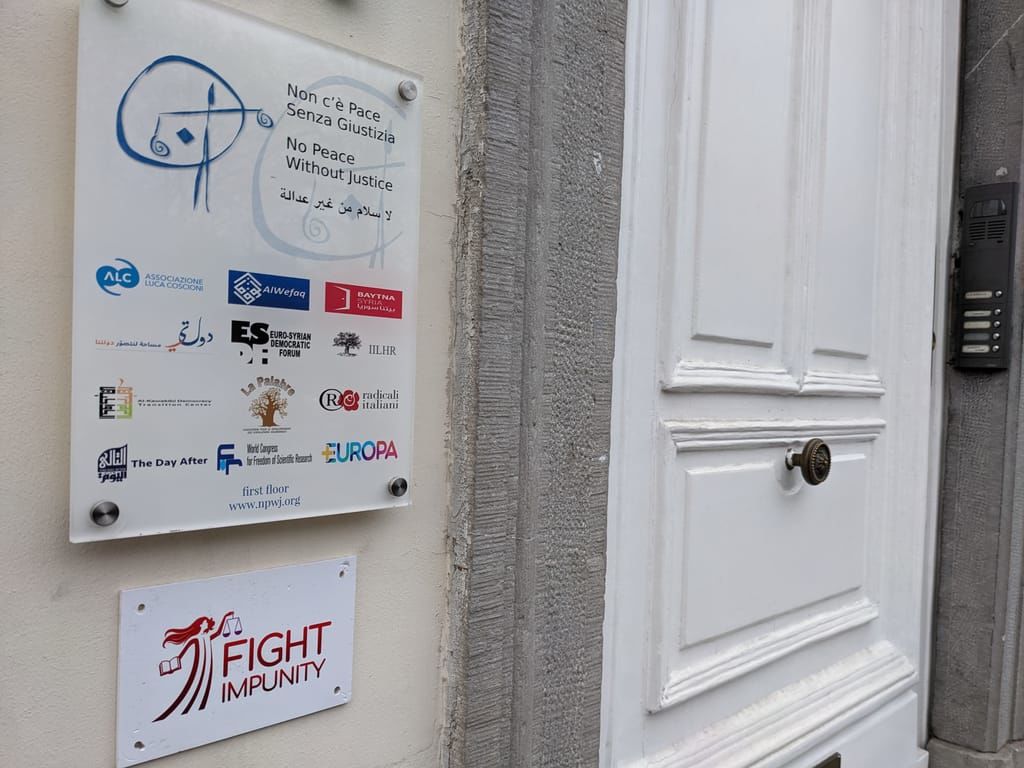 Arena, who inherited the chairmanship of the human rights subcommittee from Panzeri and works closely with Fight Impunity, confirmed that her aide’s office was under seal. Arena said she herself has not been questioned by police.

According to Italian newswire Ansa, Niccolò Figà-Talamanca has also been detained. He’s the director general of another NGO, No Peace Without Justice. Focused on international criminal justice, human rights and promoting democracy in the Middle East and North Africa, the organization is officially based in New York and Rome. However, it has the same Brussels address as Fight Impunity, at 41 Rue Ducale.

Mogherini resigned from the board on Saturday morning, according to a spokesperson for the College of Europe, where Mogherini is now rector. Avramopoulos said in an email Sunday morning that he, Cazeneuve and Wikström had also resigned “immediately when we were informed back on Friday.”

The list of staff at Fight Impunity has apparently been deleted; however, web archives show Giorgi and other current parliamentary assistants holding key roles in January.

Q: Is this limited to the European Parliament?

Nope. Also detained: Luca Visentini, who just last month became secretary general of the International Trade Union Confederation (ITUC). Before that, he was the longtime chief of the European Trade Union Confederation. (He didn’t have to move for the new role: Both the global and the European organizations are based at the same address in Brussels, on Rue Albert II.)

Builders’ unions have been some of the top critics of Qatar’s record on worker’s rights in the lead-up to the World Cup. But even before Visentini took over, ITUC was a notable exception. Sharan Burrow, the previous ITUC chief, urged external critics of the country’s labor laws to “go and have a look at a look at the change” in a video posted by the Qatari labor ministry in June.

Q: Why would Qatar want to lobby?

The Gulf emirate is hosting the World Cup, but rather than a public relations coup, the tournament turned out to shine a negative spotlight on the country. Accusations of bribery in the bidding process and slave-like conditions for foreign workers cast doubt on the choice, and liberal critics seized on the moment to attack the conservative Muslim country’s position on women’s and LGBTQ+ rights. 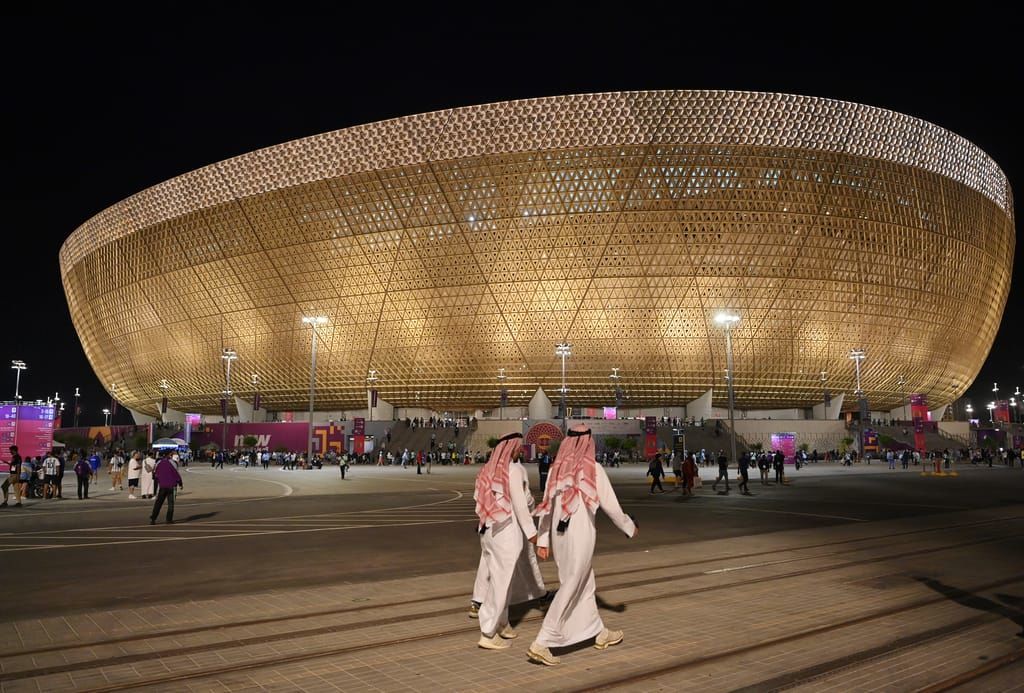 Maintaining a good reputation is crucial, as Qatar works to hash out deals with EU countries for its natural gas. A proposal to give Qataris visa-free travel to the EU’s Schengen area is also moving forward in Parliament — at least, it was.

Q: How has Kaili advocated for Qatar?

Kaili has arguably been the dean of the (sizeable group of) Doha defenders within the S&D.

On November 24, for example, as the plenary passed a resolution “deplor[ing] the deaths of thousands of migrant workers,” Kaili took to the floor to praise the “historical transformation” of Qatar brought on by the World Cup. Similarly, 10 days ago, she showed up to vote in favor of visa liberalization for Qatar and Kuwait in the Parliament’s justice and home affairs committee — even though she’s not a member of the committee.

Kaili also alienated MEPs on a panel dedicated to the Middle East when she freelanced her own trip after Doha canceled the group’s visit. The Parliament’s Delegation for Relations With the Arab Peninsula (DARP) had been planning to head to Qatar just ahead of the World Cup in November, to visit tournament facilities and observe labor law changes.

With barely a month’s notice, however, Qatar’s consultative assembly, known as the Shura Council, asked to postpone. Instead, Kaili went to Qatar the week the full delegation was supposed to be there — and gave full-throated praise to the emirate’s labor reforms. According to local press, she said she was there representing 500 million European citizens who see the country’s progress as representing common values.

“She was somehow going behind my back,” said MEP Hannah Neumann, the German Green at the helm of DARP. Doha was “uninviting the group that would have had a balanced position” and “instead invited her, knowing that her statements would be less critical.”

Watchdog groups agree on the superlatives. The Qatar scandal could be “the most egregious case” of alleged corruption Parliament has seen in years, said Transparency International chief Michiel van Hulten. Alberto Alemanno, a law professor at HEC Paris, called it the “most shocking integrity scandal in the history of the EU.”

German Green MEP Daniel Freund, co-chair of the Parliament’s anti-corruption intergroup, called it one of the “most serious corruption scandals in Brussels in recent decades.”

Van Hulten said the Parliament has created a “culture of impunity … with a combination of lax financial rules and controls and a complete lack of independent (or indeed any) ethics oversight.” Alemmano likewise predicted this would just be the “tip of the iceberg,” hoping a pile-up of scandals would create political momentum for an independent ethics system.

Q. What are people saying can be done about it?

The Commission is due to propose an independent ethics body that would apply to all EU institutions, but it almost certainly will not come with investigative or enforcement power.

Freund argued that countries that are not part of the EU should have to follow the “relatively good lobbying rules already in force” in Brussels. At the moment, countries don’t have to register in the EU’s transparency register of interest groups, for example, and MEPs don’t need to report those contacts. “The EU must improve this immediately,” Freund said.

Incidentally, Panzeri’s NGO, Fight Impunity, is not listed in the transparency register. That’s an apparent violation of the existing rules for EU-based groups that want to make their case in Parliament. Under the latest transparency register guidelines, NGOs are required to include extensive details about their funding.

Arena, the current chair of the human rights subcommittee, has worked closely with Panzeri and Fight Impunity, including the NGO in press conferences and traveling with Panzeri for discussions on civil liberties.

Even as she defended her own independence, Arena predicted that more revelations would come out. “If Qatar is doing so, I know that others are doing exactly the same,” Arena said. “And so we have to really prevent this kind of capacity to influence.” 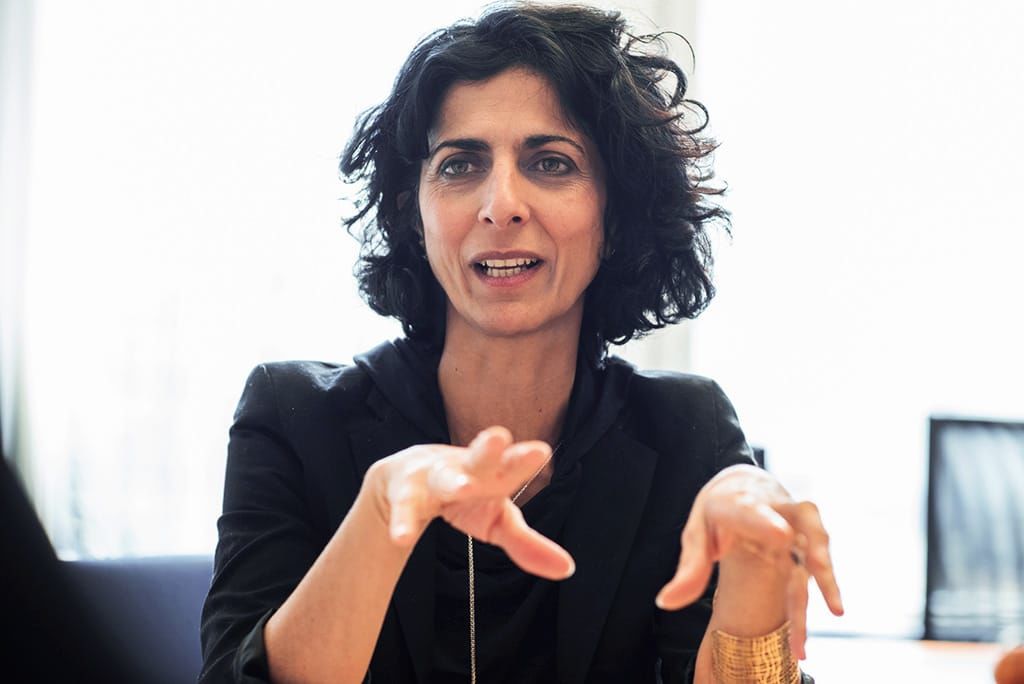 The blowback from these accusations is already coming fast.

The S&D has called for the visa liberalization proposal to be put on hold, and the Green rapporteur said he would vote against the measure if it comes up for a vote next week.

Separately, Parliament’s Foreign Affairs Committee planned to head to Saudi Arabia and Qatar in the coming weeks. Now the latter part has been canceled — meaning a top rival of Doha gets all the attention.

“Any association of the Qatari government with the reported claims is baseless and gravely misinformed,” said the Qatari official statement issued Sunday. “The State of Qatar works through institution-to-institution engagement and operates in full compliance with international laws and regulations.”

Q: What’s next in the Parliament?

Late Saturday, Parliament President Roberta Metsola suspended all of Kaili’s “powers, duties and tasks” related to being a vice president. To revoke the title completely would require a decision by the Parliament’s conference of presidents, and then a vote in the plenary.

When the plenary gathers in Strasbourg this week, MEPs are likely to revoke Kaili’s parliamentary immunity. The Left has already formally called for a debate about the incident to be added to the agenda, with a vote slated for Monday evening.

Kaili has also been suspended from the S&D group and her domestic party in Greece, Pasok.