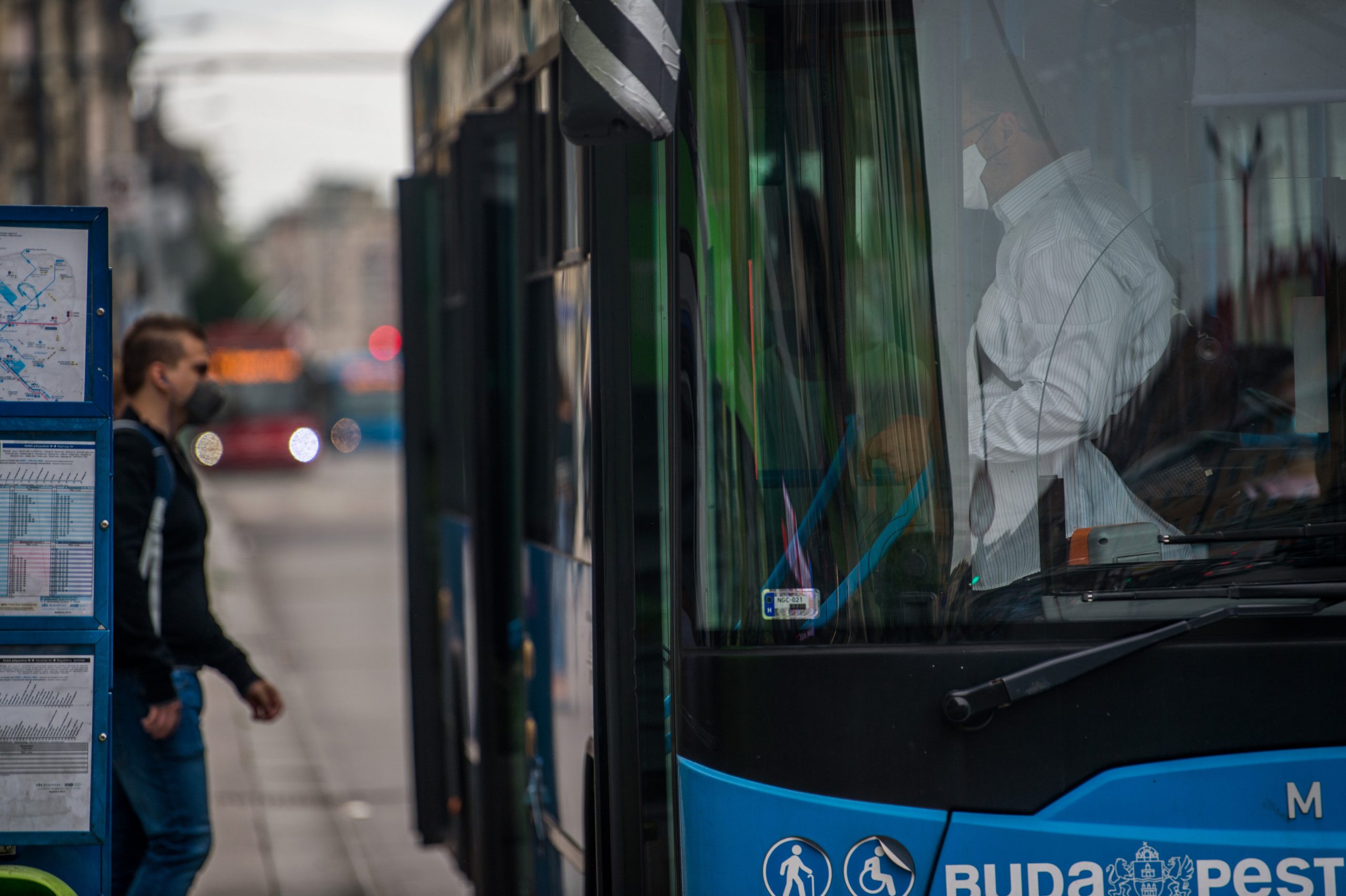 30 percent of Hungarians were in favor of the government introducing stricter measures aimed at containing the fourth wave of the coronavirus pandemic, according to a survey conducted by the Nézőpont Institute before new protective measures were announced last week.
However, according to another survey, the vast majority of Budapest residents also support the mandatory wearing of masks on public transport and in enclosed spaces, and would even support further restrictive measures.

Since the outbreak of the coronavirus epidemic, the pro-government Nézőpont Institute has been investigating whether Hungarian adult society considers the strictness of government measures to be sufficient, their website reports. During the summer and early autumn, six in ten (61-59 percent) found the strictness of the rules proportionate. Given the rate of vaccination, this essentially means a broad social consensus that life should return to normal.

The representative survey found that 58 percent of Hungarians believed the measures in place before November 1st had been enough to curb the spread of the virus. Meanwhile, altogether 8 percent said those measures had been too strict (even though almost no restrictions were in place back then).

According to the survey, most respondents in favor of stricter response measures were those critical of the government, with 61 percent of them wanting more protective measures and 19 percent saying that the existing ones had been enough. In contrast, 76 percent of respondents who sympathized with the government were satisfied with the measures in place and just 17 percent wanted new restrictions.

Liberal-leaning Medián and 21 Research Center‘s research was also a representative telephone survey of 1,000 people conducted between October 20-22, according to 444.

82% of respondents support the mandatory wearing of masks on public transport, compared to 89% of the opposition, 79% of government supporters, and 73% of non-respondents. The introduction of mandatory mask-wearing in enclosed spaces is also supported by 75 percent, and this issue also divided undecided voters the most, with only 65 percent supporting the measure, compared to 76 percent and 81 percent respectively among government and opposition parties.

67% of the capital’s population would support making access to swimming pools, cinemas, and other public institutions conditional with immunity certificates. Again, those who were undecided were the most divided, with 55% in favor of the restriction, compared with 70% from the opposition, and 73% of government supporters.

Party preference is not the main factor determining people’s views on the measures – vaccination had a much greater influence on the distribution of responses. 86% of respondents said they had been vaccinated against Covid, with 29% having received the third vaccine. Those not vaccinated were much more likely to be against the measures. The use of masks on public transport is favored by 56 percent of the unvaccinated and 45 percent in enclosed spaces, compared with 86 percent and 80 percent of those vaccinated. The most striking difference is in relation to the requirement to have an immunity card to visit different institutions. This would be supported by 75 percent of the vaccinated, but only 17 percent of the unvaccinated, who would largely be prevented from entering these institutions.

The Orbán administration has decided to reintroduce mandatory mask-wearing on public transport from November 1st. After many hospitals decided to impose a ban on visitors, the government made this ban standard nationwide. The administration has also decided to give employers the right to require vaccination against Covid-19 as a precondition of employment.
#Coronavirus  #COVID-19  #vaccine  #Covid
Add Comment