Russians sources on telegram claim this video is backdated. in this video it looks as for the first time since the outbreak of the war: Ukrainian President Zlansky was documented walking the streets of Kyiv, on his way to visit wounded soldiers, to whom he had given a state honors for their sacrifices. Russian sources on telegram say it's fake. We say we do not now.

But on the footage, A telegram source claim, a physician, Inna Derusova, was seen, who died on February 26. Then Zelensky himself awarded her the title of Hero of Ukraine posthumously.

According to this info, It turns out that the published video of the meeting of the President of Ukraine with wounded soldiers on March 13 is a video was recorded back in February, before the death of Inna Derusova.

We do not have the ability to verify any of those 2 claims.

However, photos from the scene showed the president talking to members of his troops, who were in various conditions.

One snap captured him appearing to take a selfie with a bedridden soldier, who he later awarded a medal.

Another showed Zelesnky donning full PPE, including a mask, as he talked to a service-member hooked up to a slew of medical machines. 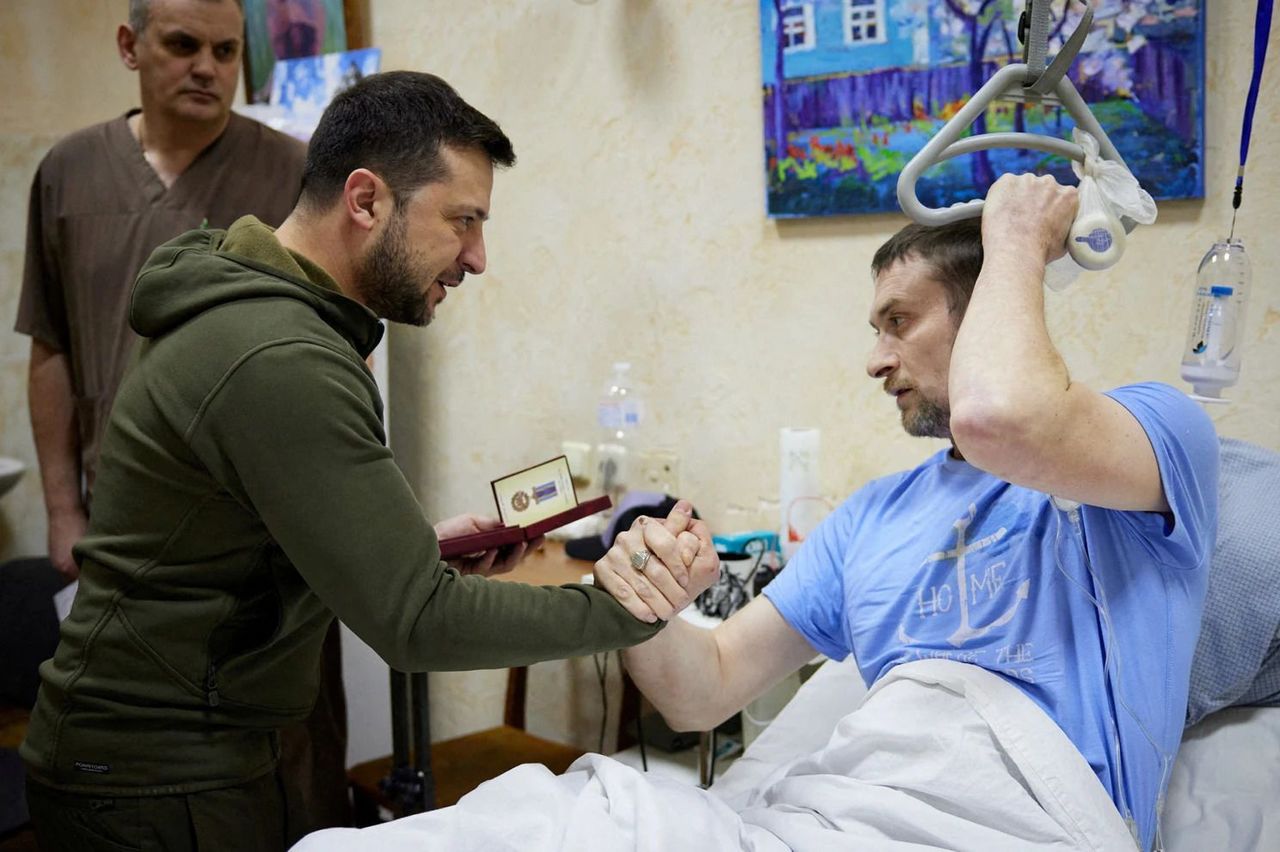 The president’s visit to the Kyiv hospital comes as Russian forces encroach on the city, now only 15 miles away from its center.

Around 1,300 Ukrainian soldiers and 12,000 Russian troops have died since the start of the war, according to numbers from the government and news agencies.

Ukraine has reported 1,581 civilian casualties, including 79 kids. Among them was award-winning journalist Brent Renaud, a former New York Times contributor who was killed by Russian forces near Kyiv, the region’s head of police said Sunday. 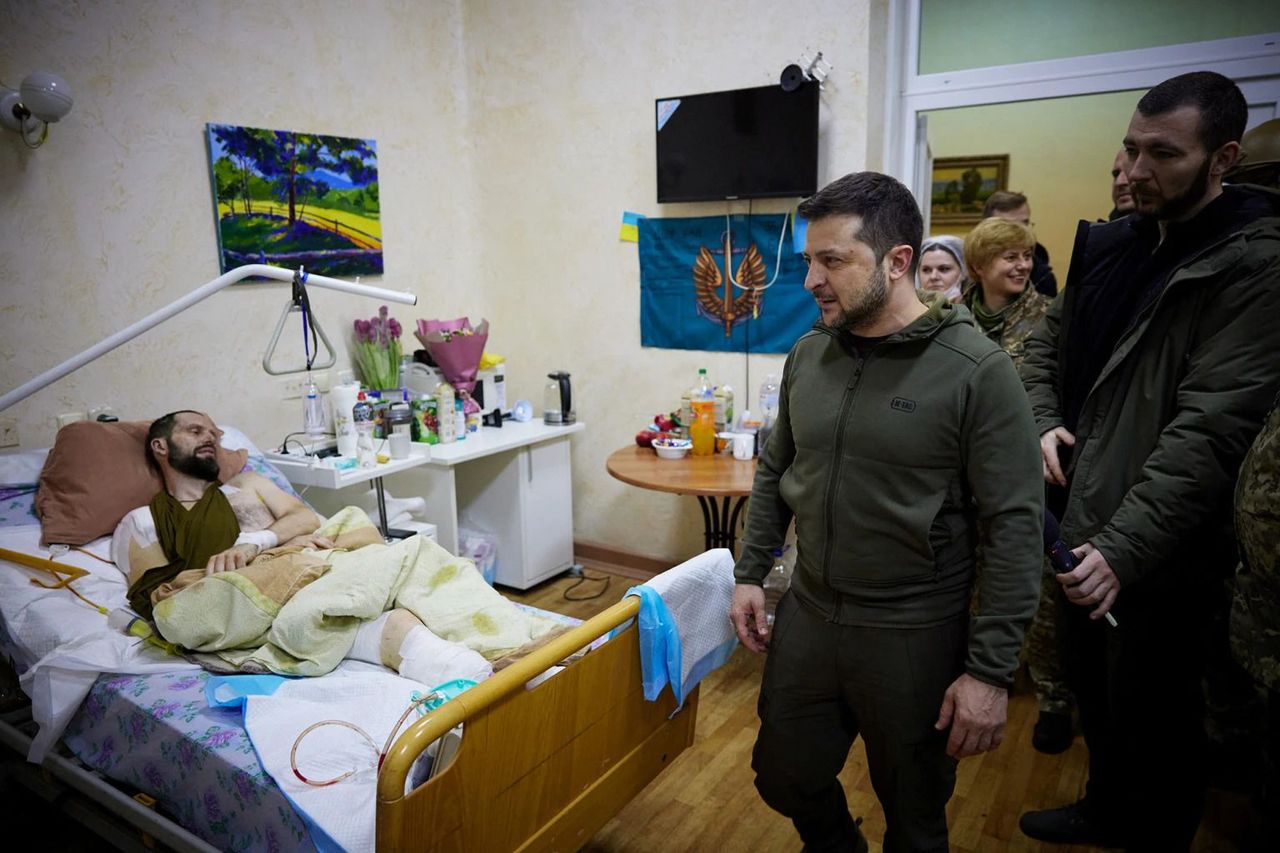 But Ukraine and Russia both reported making major progress in their ongoing peace talks over the weekend, giving their most positive assessments since war broke out and negotiations began.

“We will not concede in principle on any positions. Russia now understands this. Russia is already beginning to talk constructively,” Ukrainian negotiator Mykhailo Podolyak said in a recorded statement. “I think that we will achieve some results literally in a matter of days.” 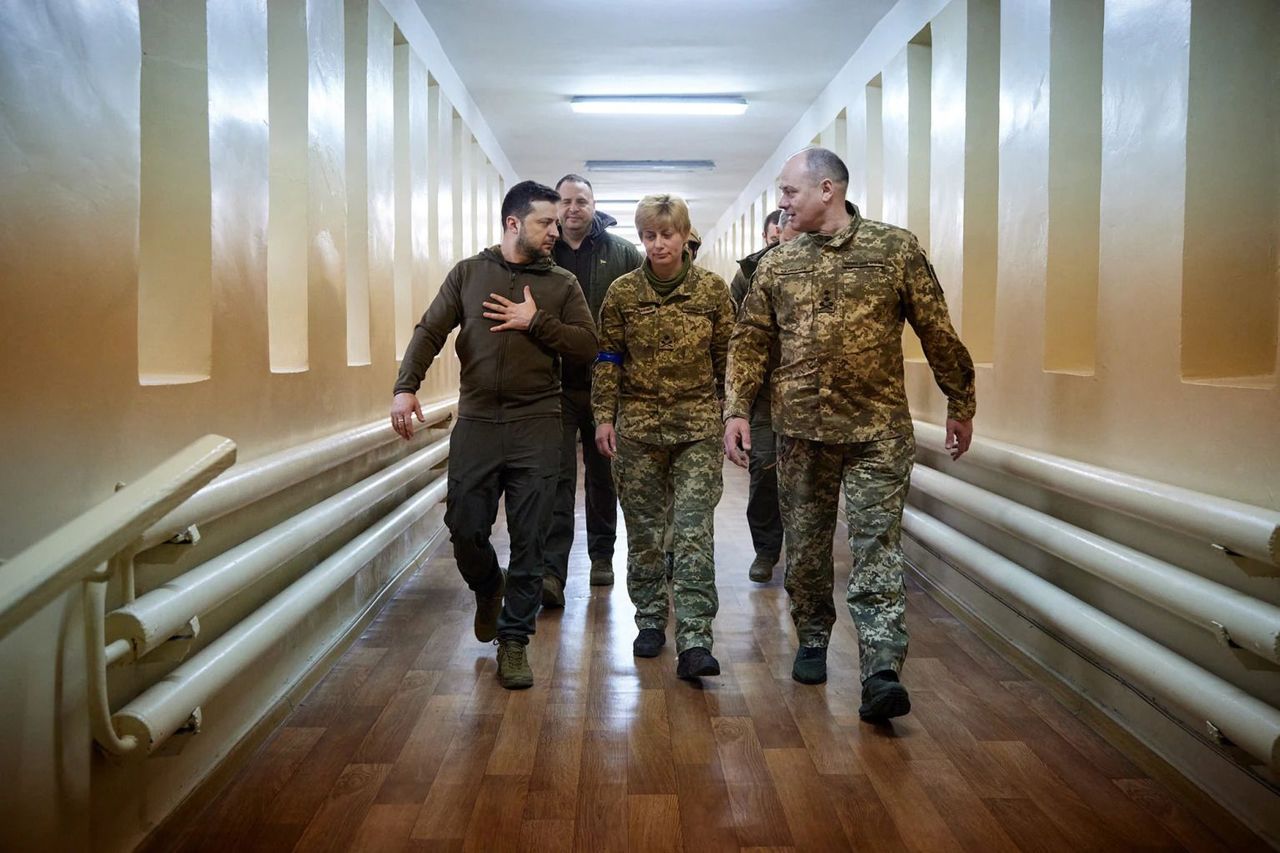 Russia state media reported that Russian negotiator Leonid Slutsky said “progress may grow in the coming days” and it was possible that both sides could sign documents. 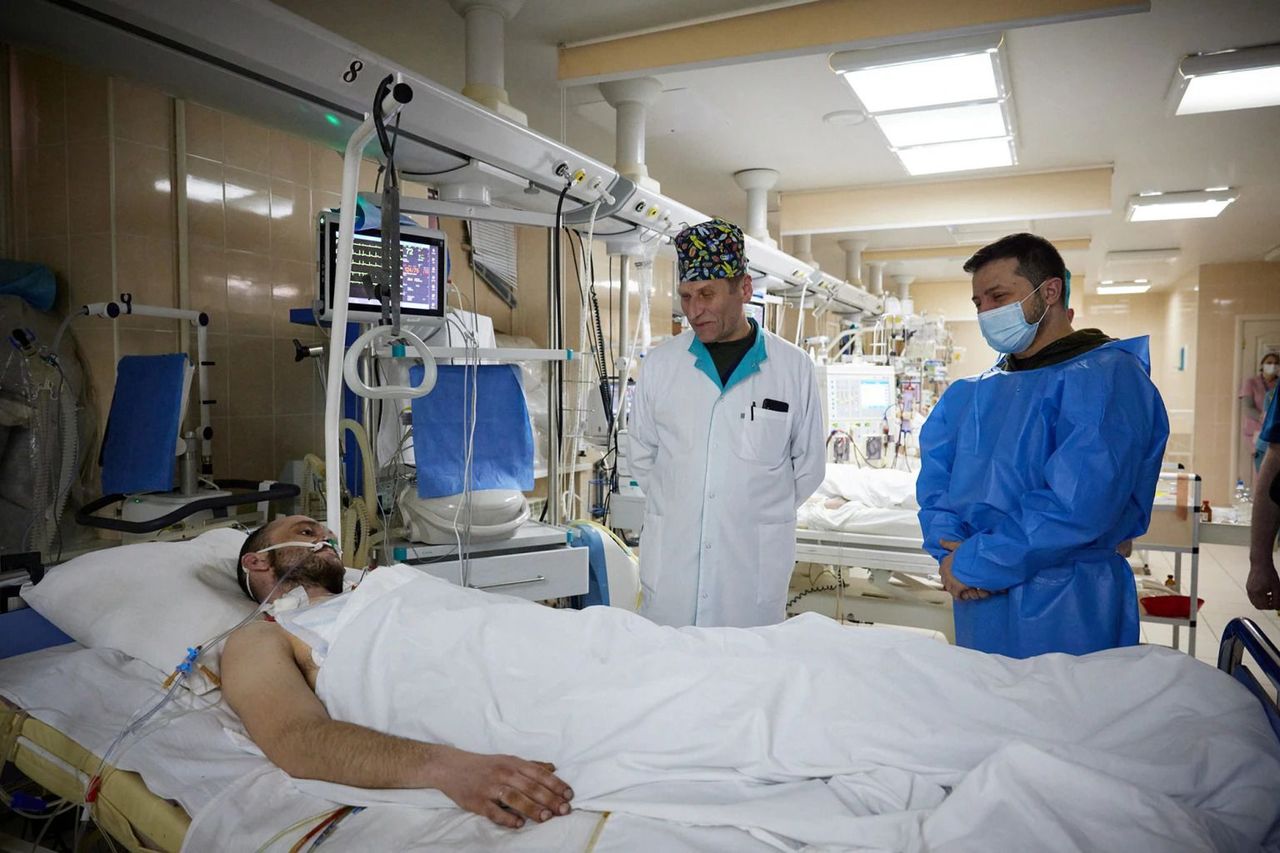