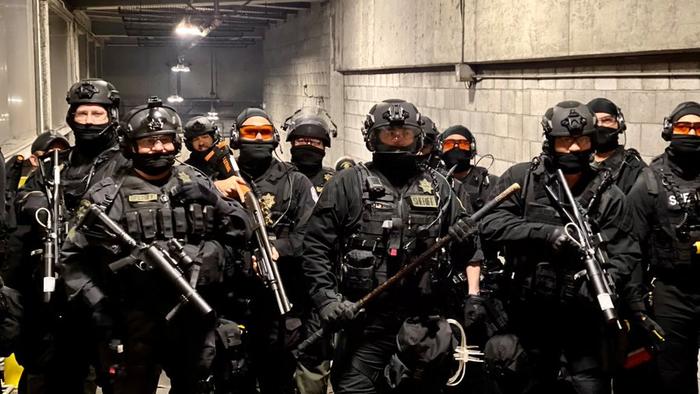 "Antifa launched an attack on the Justice Center in downtown Portland, Ore. overnight..."

The reports turned out to be correct. Protests were seen in multiple cities, and a riot was declared in Portland, Oregon, hours after Kyle Rittenhouse’s acquittal.

Protests were observed in downtown Brooklyn, New York; Boston, Massachusetts; Chicago, Illinois; and Portland, Oregon. Focusing on Portland, a riot was declared at 9 p.m. local (or 2400 ET) after hundreds of demonstrators unleashed their liberal rage by smashing windows and hurling objects at police.

There are calls for more demonstrations today.

Keep an eye out this afternoon or evening for additional protests in liberal-controlled metro areas.

Update (1558ET): Reports suggest multiple protests are planned across the U.S. after the jury decided to acquit Kyle Rittenhouse of all charges.

Twitter account "Raws Alerts" reports protests are being planned in Kenosha, Wisconsin, where the trial was held. National Guard troops are on standby for action if social unrest breaks out.

Comments outside the protest include one individual who said, "when it's a state-sanctioned murder, you get to riot." 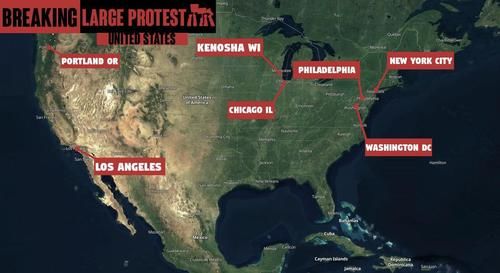 As of 1550 ET, there are no reports of protests or riots in any mentioned cities. This is something readers should keep a close eye on into the evening and overnight.

Update (1500ET): When asked for his opinion on the verdict, President Biden said he "stands by" the jury's decision to acquit Rittenhouse, adding "the jury system works and we have to abide by it."

Biden issued a lengthier statement shortly after, calling for people to "express their views peacefully."

While the verdict in Kenosha will leave many Americans feeling angry and concerned, myself included, we must acknowledge that the jury has spoken. I ran on a promise to bring Americans together, because I believe that what unites us is far greater than what divides us. I know that were not going to heal our country’s wounds overnight, but I remain steadfast in my commitment to do everything in my power to ensure that every American is treated equally, with fairness and dignity, under the law.

I urge everyone to express their views peacefully, consistent with the rule of law. Violence and destruction of property have no place in our democracy. The White House and Federal authorities have been in contact with Governor Evers's office to prepare for any outcome in this case, and I have spoken with the Governor this afternoon and offered support and any assistance needed to ensure public safety.

In a press conference following the verdict, defense attorney Mark Richards said it was "the longest jury deliberation I've ever been a part of."

He also commented on Biden's assertion that Rittenhouse was a white supremacist.

Kyle Rittenhouse has been acquitted on all charges related to last year's shooting in Kenosha, Wisconsin. 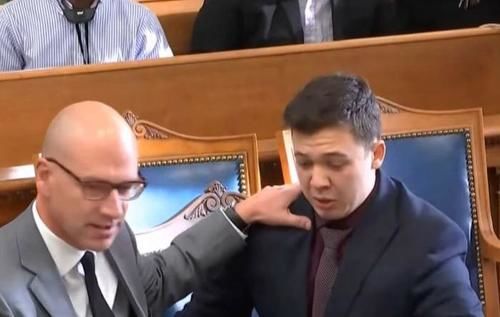 Rittenhouse hugged his attorney after the verdict was read. 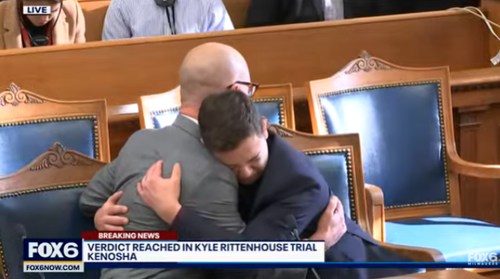 The jury reached their decision after four days of deliberations, which lasted longer than anyone - including Judge Bruce Schroeder, had expected. It came amid two mistrial requests from the defense over high-definition video evidence which was withheld - possibly unintentionally - by the prosecution. Rittenhouse's attorneys claimed that an inferior copy of a potentially crucial video could have affected their defense.

Prosecutors were visibly crestfallen after the verdict was read. 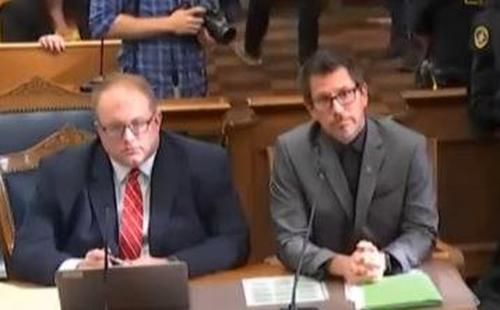 On Thursday, a juror asked Schroeder if she could take the jury instructions home, which was granted. The jury also asked to review the drone footage that was a 'linchpin' in the prosecution's case, as well as the best views of all the shootings compiled from six video clips.

Rittenhouse, now 18, shot and killed two men who were pursuing him and injured a third during the 2020 riots in Kenosha. The former police youth cadet faces life in prison if convicted of the most serious charge against him. 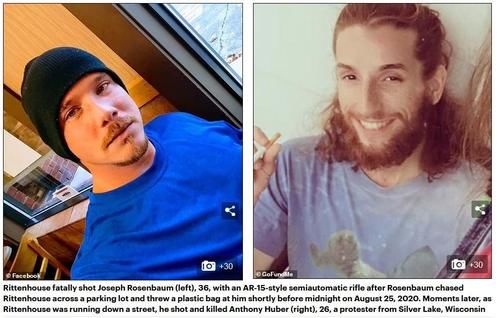 On Thursday, Judge Schroeder banned MSNBC from the courthouse after a freelance employee was pulled over after running a red light while following the jury bus. The network acknowledged that the man was an employee, but said he "never photographed or intended to photograph them."

We can't wait for the lawsuits... including one against the Biden campaign. 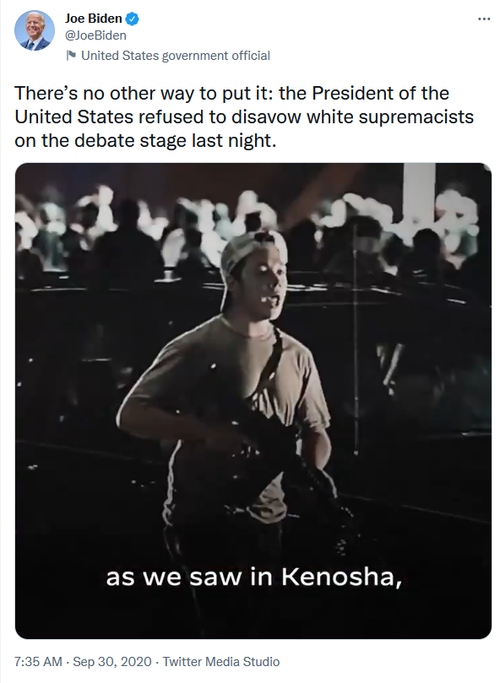 And cue the riots...