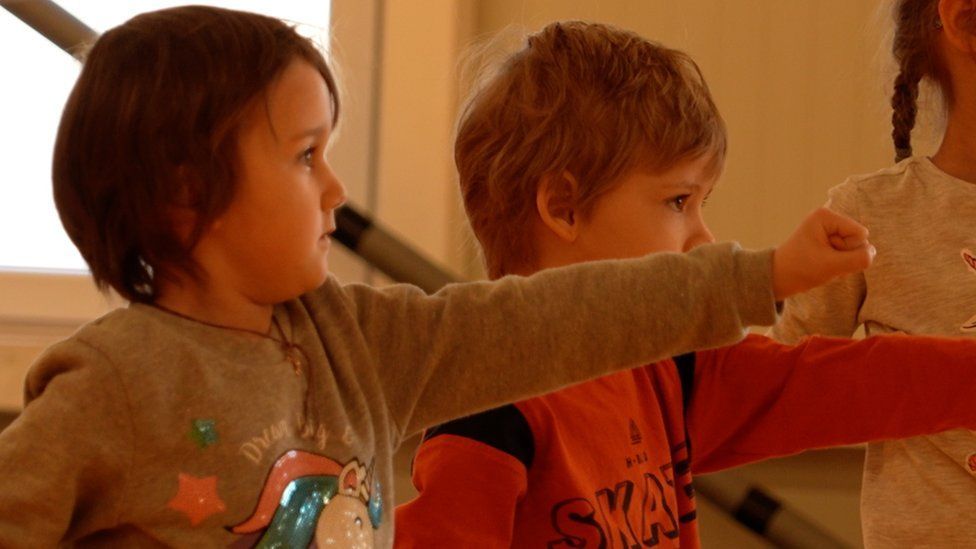 The kicks are high and the punches straight, but the Ukrainian children here are delivering them in an environment of peace: a karate class for new arrivals in eastern Poland.

The 14 students are given the basic moves by a Polish teacher, who ensures there's plenty of laughter. For this hour at least, the trauma they've gone through in the past fortnight is replaced by enjoyment.

Some of them have family back at home fighting for real. Fourteen-year-old Dariy Gulyk hasn't heard from his father for three days and is worried. The emotions make it hard to feel settled here.

"When we're in the karate class, we forget about the war in that moment", he says, "but when it ends, we remember again, and we understand we must do all we can to help our people in Ukraine." 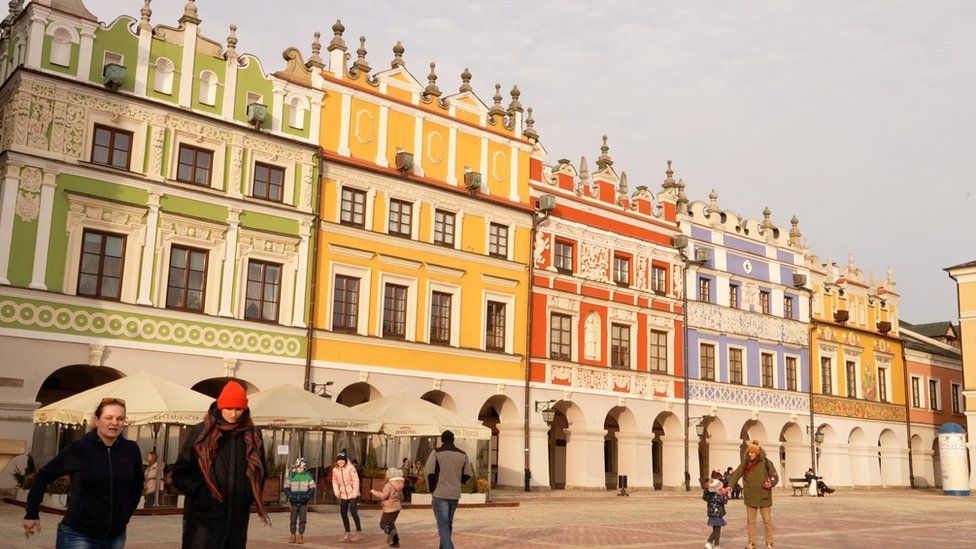 The old centre of Zamosc is a Unesco World Heritage site

The class takes place in the small eastern Polish town of Zamosc, population 60,000. Its beautiful old centre, a Unesco World Heritage site, is dotted with Renaissance churches and coloured facades: a far cry from the horror unfolding across the border.

It, like many others across Poland, has been transformed in the past two weeks into a refugee hub. On some days, up to 35,000 people have arrived - most going on further west but some staying. Around a thousand beds have been provided at the reception centre, schools, private homes and even the sports club where the karate class takes place.

The mayor, Andrzej Wnuk, says it's a huge strain on Zamosc, warning that the welcome has its limits.

"Polish people seem infinitely ready to give, but it will end one day", he says. "We thought there would be a first wave of refugees and then we would get significant support from the government and the EU but it turns out we were left alone. We need financial help or the quality of our hospitality will drop drastically."

The impulse in Zamosc to offer refuge is partly due to its history as a place that has known the cost of oppression. Almost half of its pre-war population, some 12,000 people, were Jews. During occupation first by the Soviets and then the Nazis, most were sent to the ghetto here and then to concentration camps. A monument to the tragedy, made from the headstones in the town's old Jewish cemetery, stands on the outskirts.

The locals here are proud of their heritage of hospitality, extended to the new arrivals. The restaurant at the Renesans hotel is now only cooking for refugees. In the kitchen, pots of Ukrainian beetroot soup and fruit compote bubble away, as staff box up portions of pork ribs and pasta.

The owner, Damian Poterucha, says as a father, it was a natural decision to change his business once he saw the children fleeing the war.

"I can't believe Polish people are responding like this", he says, "it's nice to see."

But he says he's running short of money and can only continue offering the handouts for another two weeks. "After that, I will think about what I can do next", he adds. 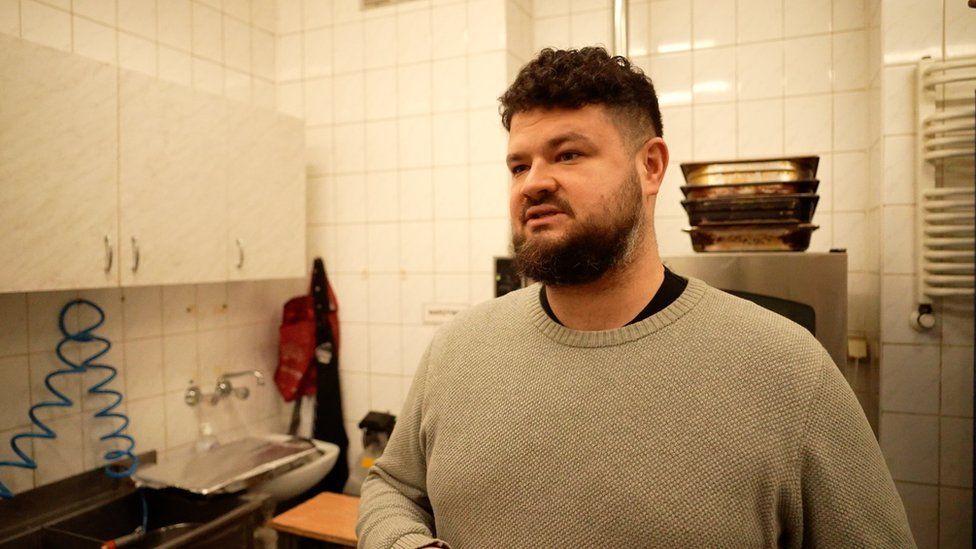 'Help from the world'

The food is delivered to the main shelter, where some 300 volunteers help out. All the while, buses arrive with new arrivals - and others leave, taking those on board to larger cities in the west, where many of the refugees have friends or family.

"We need help from the world", says Barbara Godziszewska, a town hall employee now helping to serve hot food. "Everybody looks at us and gives us a 'bravo', but it's too small - someone needs to tell us what we can do with the refugees. If the numbers continue like this, I'm afraid maybe they'll go on the street to sleep because every hotel is full."

In the space of a fortnight, Poland has gone from rejecting migrants from the Middle East to opening its arms to those from Ukraine. There is discomfort among some Poles with what appears to be a volte-face by their government, from pushing away the mainly Muslim men of Syria to welcoming the predominantly white, Christian women and children of Ukraine.

But Poland's migration policy will be pored over by historians in future years. For now, the focus is on the present influx. And as the fighting worsens in Ukraine - and begins to spread to the west - towns like Zamosc are wondering how long they can cope.