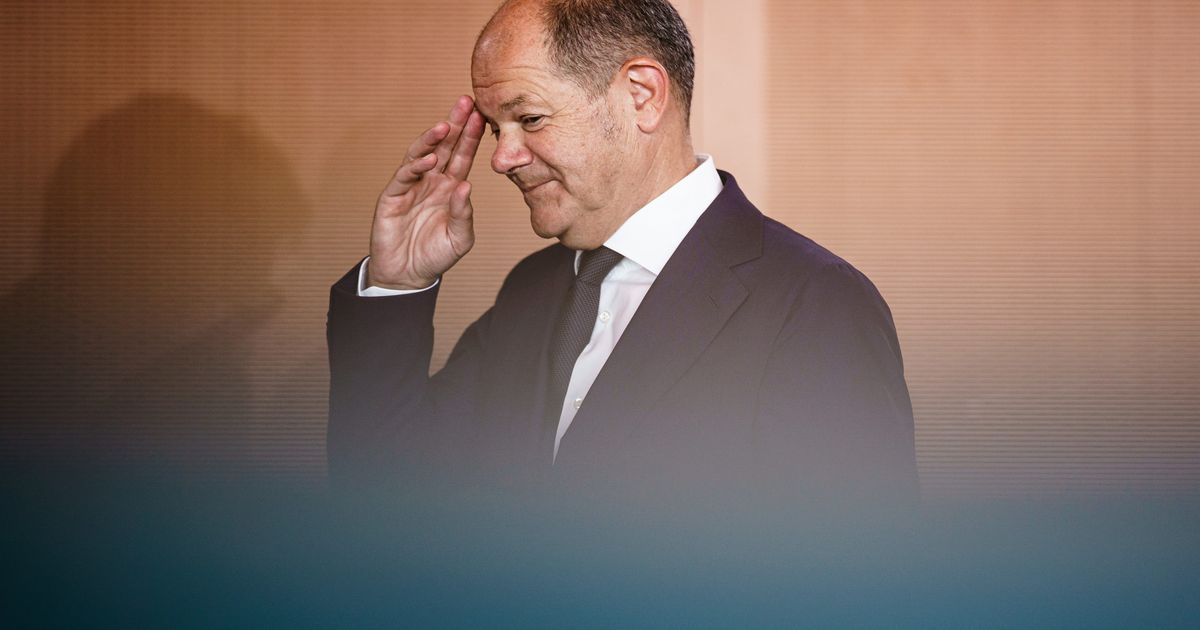 German chancellor will face an official inquiry into a 2017 decision when he was mayor of Hamburg.

What did Olaf Scholz know, and when did he know it?

The answers could well determine the future of the German chancellor, who will face an official inquiry into a 2017 decision when he was mayor of Hamburg to not collect €47 million in tax arrears from a private local bank accused of defrauding the government.

Scholz’s Friday grilling by a parliamentary committee in Hamburg promised to be a routine affair until reports in German media on Wednesday cited new evidence that his inner circle knew more about the plan to give the bank — M.M. Warburg — a free pass.

The renewed focus on his Hamburg days could not come at a worse time for the chancellor. Less than a year after it was formed, Scholz’s three-party alliance with the Greens and liberal Free Democrats has been plagued by infighting as it struggles to cope with a host of crises triggered by Russia’s war against Ukraine, from a gas shortage to surging inflation and a flagging economy. Nearly two-thirds of Germans say they are unhappy with the government, according to a public television poll released earlier this month.

Scholz, who ran on a promise to maintain the centrist policies of his predecessor, Angela Merkel, has governed with the same cautious wait-and-see approach that characterized her tenure. Yet Scholz’s critics say the current geostrategic disruption requires more flexibility, strategic vision and boldness from Europe’s most powerful country.

That Scholz is not a politician comfortable reacting on the fly became apparent again this week during the Berlin visit of Palestinian leader Mahmoud Abbas, who accused Israel of visiting “50 Holocausts” on his people. Scholz, standing next to Abbas at a joint press conference in the German chancellery, said nothing to challenge his guest, triggering a storm of protest.

Though a clear majority of Germans say they are generally satisfied with Scholz’s job as chancellor, his personal approval ratings have stagnated and he ranks far behind prominent Green politicians. The reexamination of his Hamburg skeletons is unlikely to reverse that trend.

The affair has dogged Scholz, who served as mayor of Hamburg until he became German finance minister in 2018, for years. In the absence of a smoking gun, Scholz’s insistence that he wasn’t involved in the decision to let the bank off the hook, and that he couldn’t remember meeting with top bank executives at the time, helped him dodge a reckoning. Until now.

The latest revelations surround Scholz’s claim that the 2017 decision not to collect the Warburg money was taken by the city’s financial administration without political influence. However, a cache of emails and confidential testimony detailed Wednesday by an investigative German media consortium (including public broadcaster NDR, business monthly Manager Magazin and current affairs weekly Stern) suggest that both Scholz and his closest associates were more involved in the decision than they let on.

The biggest revelation is an email from Scholz’s chief secretary, Jeanette Schwamberger, to his chief of staff in the spring of 2021 regarding a parliamentary committee request for details of Scholz’s meetings related to Cum Ex and Warburg. In the email, Schwamberger says Scholz, then German finance minister and a candidate for chancellor, needed to “sort out” (those are her quote marks) how to characterize a series of meetings he had as Hamburg mayor with SPD party colleagues lobbying for Warburg. That process ended up taking several weeks. In the end, Scholz sent a vague response one day before the hearing.

Authorities subsequently discovered more than €200,000 in cash in the safety-deposit box of one of the officials Scholz met with, Johannes Kahrs, a prominent SPD politician from Hamburg. Kahrs, who has declined to disclose the source of the money, faces a criminal investigation, as do several other of Scholz’s Hamburg associates. 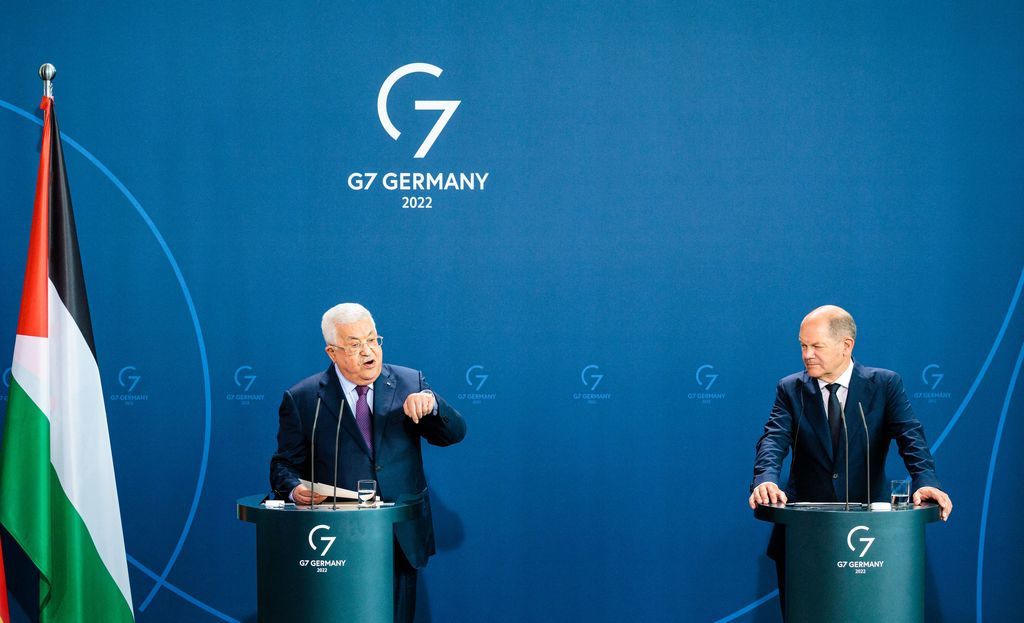 When Palestinian leader Mahmoud Abbas accused Israel of visiting “50 Holocausts” on his people, Scholz said nothing to challenge his guest, triggering a storm of protest

Scholz has so far avoided a criminal investigation and prosecutors this week defended their decision not to pursue him.

Yet the political fallout of what a senior Hamburg tax office official under investigation called a “devilish plan” to help Warburg in a private text exchange will continue to loom over the chancellor as several inquiries into the affair, both parliamentary and criminal, continue.

Ever since questions first arose about his role in the Warburg case, Scholz has offered often contradictory, at times false, information on the frequency and nature of his meetings with the bankers and others connected to the affair.

During last year’s election campaign, he claimed not to have “any detailed, active memory” of his meetings with Warburg Chief Executive Christian Olearius. Yet in a closed-door, confidential meeting with parliamentarians investigating the affair in 2020, Scholz was more forthcoming, describing the general nature of his contacts, according to Wednesday’s reports.

Scholz’s main defense has been that the bank eventually ended up paying back the taxes anyway. But that only occurred because federal finance ministry officials overruled the Hamburg decision and forced Warburg to pay.

In light of the latest revelations, Scholz’s continued insistence, which he repeated last week, that there was “there was no political influence” seems untenable. The only real question is whether he knew about it.