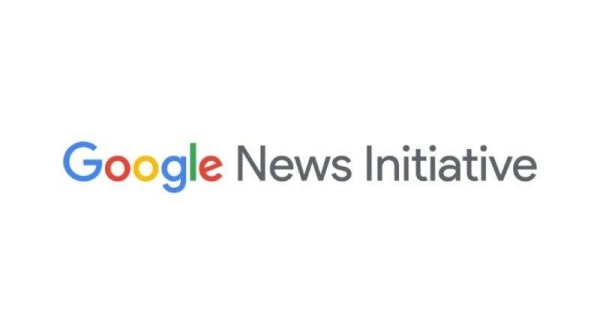 Adding another golden feather in the cap of professional excellence, Okaz, Saudi Arabia’s leading Arabic daily newspaper, has won the Innovation Challenge award from the Google News Initiative (GNI).
The tech giant Google announced that Okaz includes one among the 227 winners selected from 47 countries from around the world.

The award was initiated by Google to enable the leading news and publishing organizations in the world to pioneer new thinking in online journalism, develop new paths to sustainability and better understand their communities.

“Every Innovation Challenge project we support represents the best of the best ideas in advancing digital news media. Applications undergo a rigorous and competitive assessment process,” GNI said in a statement on Thursday.

Every Innovation Challenge project, supported by Google, represents the best of the best ideas in advancing digital news media. According to Google, applications undergo a rigorous and competitive assessment process. “When a project is selected for funding, a wide group of Google employees and industry experts have agreed on a high potential for meaningful impact and inspiration. We are excited to share the 227 recipients of the GNI Innovation Challenges from Asia Pacific, Latin America, Middle East, Turkey & Africa and North America representing 47 countries around the regions,” the statement pointed out.

This prestigious international honor is the second one bagged by Okaz within six months after it topped Forbes list of most visited online news outlets in MENA in late January this year. These honors are in recognition of its amazing and innovative digital transformation, and its successful bet on renewal and moving in this direction in accordance with meticulously thought-out plans.

Okaz has taken the lead in keeping pace with the rapid changes, and maximizing its presence on all technical platforms and websites, without prejudice to its professional sobriety and its authentic journalistic values and credentials. This is through opening new horizons compatible with the information technology revolution, and the continuous development in layout and content, with more boldness and higher professionalism. This is together with a visual identity that is at present a well-established imprint on the scene, more attractive and deeper in impact, and that is in line with the renewed data in media spaces. It demonstrates the pioneering and distinguished identity of Okaz in the minds of readers for more than 60 years.

The Innovation Challenge comes as an initiative by Google aimed at empowering news organizations from around the world that lead new thinking in digital journalism, and challenge the status quo by taking bold steps and developing business models based on the criteria of innovation, influence in the news industry, feasibility and measurement indicators, diversity and inclusiveness in addition to inspiration.

Commending the remarkable achievement, Jameel Altheyabi, Editor-in-Chief of Okaz, described the feat as “a fruit we harvested for our digital leadership, which we dedicate to followers of Okaz as well as to the chairman of its board of directors.” He said: “It is a new fruit that was reaped by Okaz after sowing seed in the pioneering digital media, thanks to the tireless efforts of persevering colleagues who are passionate to score successes despite the challenges, and that is with the support of Sheikh Abdullah Saleh Kamel, chairman of the Board of Directors of Okaz Organization for Press and Publication.”

Altheyabi noted that Sheikh Abdullah Kamel is keen to support all projects and plans towards this transformation as Okaz has had to keep pace with its digital phase that gives wider areas for media coverage, through sound, image, and voiceover. “The newspaper has employed its accumulated experiences in traditional journalism to become a solid foundation for digital journalism that required expanding information and attracting the reader by all means in all available digital platforms,” he added.

Altheyabi also underscored the newspaper’s commitment to hold fast to the highest professional standards and keenness on the sobriety of the content, as well as credibility and reliability, while developing the online edition in a way that enhances its reach to the largest segment of followers, through the multiple means and platforms for reading, watching and hearing.

For his part, Abdullah Al-Hassoun, Director General of the Okaz Organization for Press and Publication, said that the award is the outcome of the outstanding efforts and shouldering of responsibilities in achieving victory in the Innovation Challenge from the Google News Initiative, saying “Google did justice to our approach, vision and innovation for digital transformation.”

Al-Hassoun thanked Sheikh Abdullah Kamel, for all his unlimited support to promote Okaz and push it to be among the leading media organizations. He also thanked all colleagues of Okaz organization.

In January this year, the Okaz website has been placed among the top three most visited online platforms with Arabic content in the Middle East and Africa region in 2021, according to the business magazine Forbes.

Launched in 1960, Okaz is a Saudi-based daily newspaper issued by Okaz Organization for Press and Publication. Saudi Gazette is the sister publication of Okaz.

Okaz’s website provides the latest updates and news in the Kingdom, the Arab world, as well as globally, and an expanded range of lifestyle, cultural, social, and economic articles, videos, and podcasts.
Add Comment