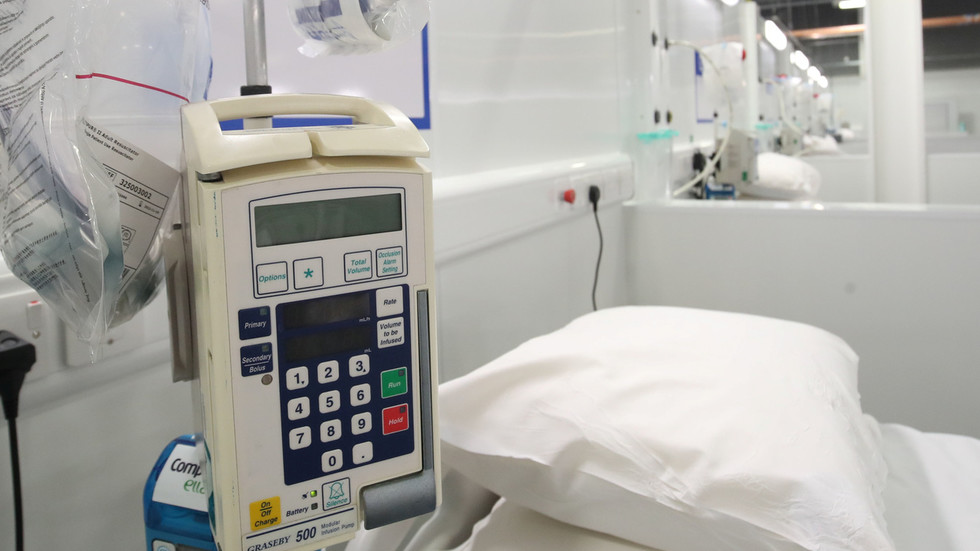 NHS accused of 'lying' about Covid stats to promote vaccination

NHS chief Amanda Pritchard claimed that 14 times as many Covid-19 patients are in Britain’s hospitals as this time last year. However, even the NHS itself has admitted that Pritchard’s claim uses misleading figures.

Multiple news reports on Monday told the same story: Britain’s hospitals are seeing “14 times more coronavirus patients than this time last year,” and the country faces a “difficult winter,” as people gather indoors, where the virus is more likely to spread.

The source of the “14 times” figure is Amanda Pritchard, Chief Executive of NHS England. Pritchard used the apparently alarming surge in hospitalisations to encourage the 4.5 million Britons who still haven’t gotten vaccinated to roll up their sleeves, and those eligible to take their third shot of the vaccine.

Pritchard was swiftly accused of peddling fake news, with commentators warning that such misleading figures were straying into “resignation territory.”

Amid a growing clamour online, NHS officials told reporters shortly afterwards that Pritchard was citing figures from August 2021 compared to August 2020. Hospital admissions were indeed 14 times higher this August than in 2020, but only for several days toward the end of the month. Since then, they have trended downwards and are now comparable to last year’s rate.

However, hospitalisations persist despite the fact that nine out of 10 people over the age of 12 in the UK have received at least one dose of a Covid-19 vaccine, according to NHS statistics. Rising cases too have called into question the long-term efficacy of the jabs, but government officials still insist on vaccination as key to defeating the virus – and studies suggest those vaccinated patients still fare better if they catch the virus.

As Pritchard called on the population to get vaccinated or go in for booster jabs, former Health Secretary Matt Hancock called on Monday for the government to mandate vaccines for healthcare workers. “There is no respectable argument left not to force health and social care workers to get jabbed,” he wrote in The Telegraph, calling the vaccine “the only reason for the safe return of our liberty.”

Oh ya 17 days ago
Nuremberg 2.0 need to be started now. Italy has now said only 3000 people died FROM covid not the 130.000 they originally said. A reduction of 97%.the CDC has admitted only 5% of the people in the USA died FROM covid out of the near 800.000 the rest died WITH covid and they averaged 2.3 comorbidities. Crimes against humanity must be punished
View all comments (1)Add comment