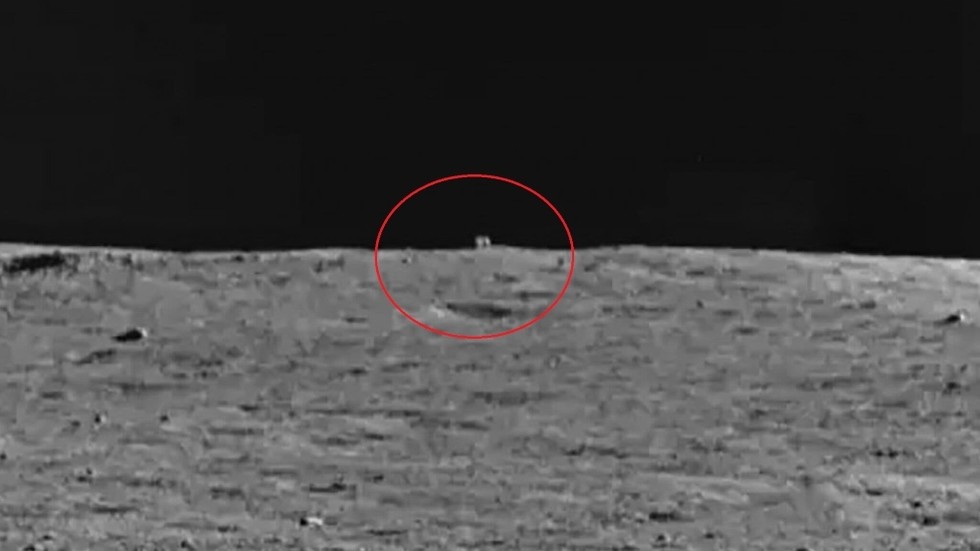 Mystery on Moon’s dark side solved

A Chinese rover has finally made it close enough to explore an oddly-shaped object spotted on the far side of the Moon last year. The discovery was dubbed ‘mystery hut’ online.

The image of a gray cube-shaped object on the Moon’s horizon was published by Our Space, a channel affiliated with the China National Space Administration (CNSA), early last month.

The photo was taken by Chinese rover Yutu-2 when it was traversing the large Von Karman crater. It was reported at the time that it would take two to three months for the rover to reach the object.

As Yutu-2 was making its journey, people online dubbed the object ‘mystery hut’, suggesting it could also be a ‘Moon palace’ or an alien base.

The truth was revealed on Friday, when Our Space released a close-up shot of what turned out to be a simple rock lying on the rim of a crater. The rock, nevertheless, had a peculiar shape, the publication noted, adding that the team controlling the rover from Earth dubbed it ‘Jade Rabbit’.

Yutu-2 landed on the Moon in 2019 as part of China’s Chang’e-4 mission. It is the first rover to explore the side of the Moon not visible from Earth.