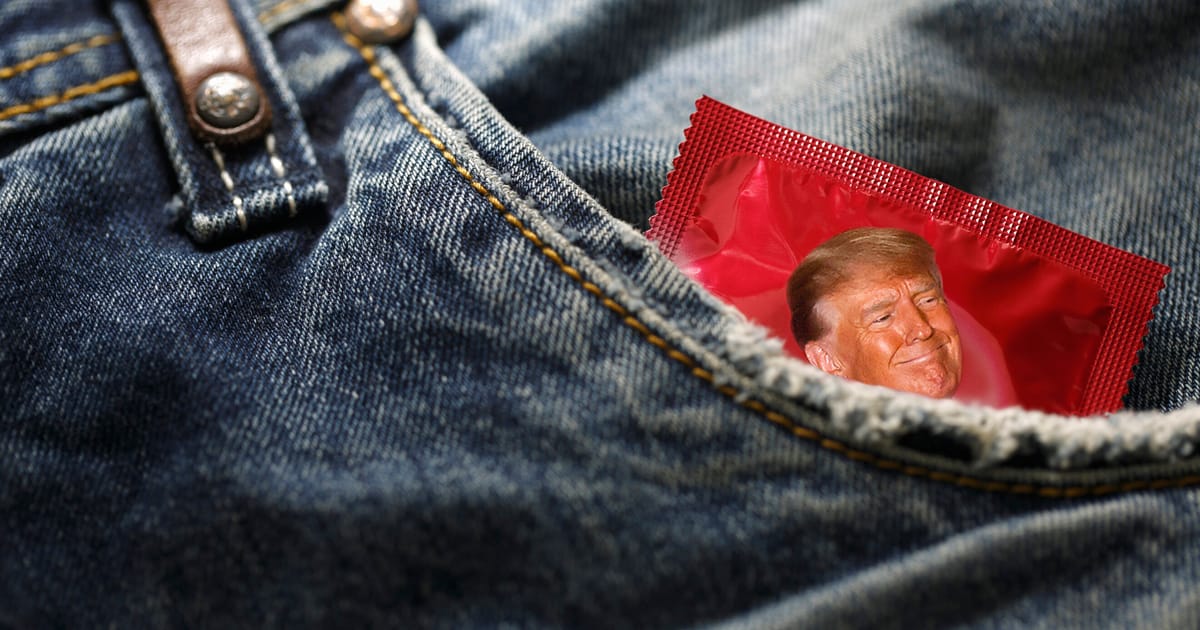 Whether or not you will one day be able to do so rests on a decision by the European Union Intellectual Property Office, the unlikely venue for a bizarre legal dispute between Trump's legal team and a German entrepreneur.

Frank Lindner wants to sell a range of Trump-branded goods — condoms, clothing, beer and sparkling wine — and has filed an application with the EUIPO, as the Trump name is trademarked.

But DTTM Operations LLC — which handles many trademarks for Trump, and which is being represented in Europe by Swedish law firm Potter Clarkson — is against the plan, according to correspondence filed to the EUIPO.

The Trump lawyers argue there is a "likelihood of confusion on the part of the public" as there already are hotels, bars and restaurants using the Trump name in Europe, such as the Trump Turnberry hotel in Scotland.

However, Lindner's lawyer says there is no such risk. "There is no likelihood of confusion between golf and hotel services on the one hand and condoms, alcohol and non-alcoholic beverages on the other," the lawyer argued in one of the legal documents.

In her book, Daniels said her alleged tryst with Trump “may have been the least impressive sex” she'd ever had and likened his penis to a "toadstool."
#Donald Trump
Add Comment