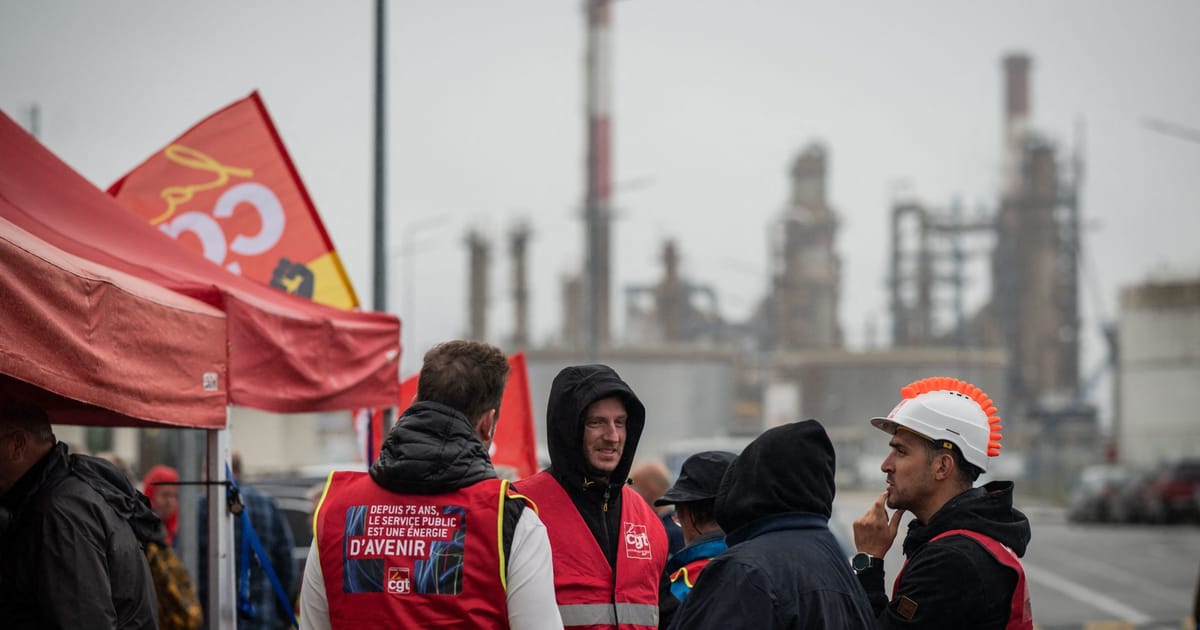 The left is taking to the streets on Sunday to demand more government action against inflation and climate change.

After two weeks of crippling fuel strikes in France, the protest movement at oil refineries risks spreading to other sectors of the economy with fresh industrial action planned in the coming days.

On Sunday, France’s left-wing alliance Nupes is also calling for a march against inflation and climate change, before a general public sector strike planned on Tuesday, which may disrupt transport across the country.

Oil workers’ strikes have led to disruption at oil facilities and long lines at petrol pumps since last week, particularly in the Paris region and in the north of France. While things have yet to go back to normal despite agreements with some leading unions, the movement risks spreading further, with ongoing calls for strikes in other sectors.

With high inflation in the wake of the Ukraine war, discontent is rising among voters, and there are fears ongoing industrial action may even lead to a rerun of the Yellow Jacket protests. Left-wing parties, which made a strong showing in the recent parliamentary election, are hoping to whip up public opposition to the government over rising electricity and heating bills.

“I hope [Sunday’s march] will be a demonstration of strength,” said Jean-Luc Mélenchon, one of the leaders of the left-wing alliance Nupes, ahead of the protest, on TV channel France 3.

“It’s not the march of Mr. Mélenchon. It’s a march of the people who are hungry, who are cold and who want to be better paid,” he said.

Public sector workers such as teachers, nuclear industry workers and rail workers are also expected to walk out on Tuesday in response to calls from French trade unions.

In recent days, French President Emmanuel Macron’s government has been working hard to find a solution to resolve the oil refinery strikes in an effort to bring things back to normal. On Wednesday, Macron said the conflict should be resolved next week.

Fears of a return of the Yellow Jackets

The strikes of refinery workers, which have meant fuel shortages at up to a third of petrol stations across France, have raised fears of a rerun of the Yellow Jacket protests that rocked France in 2018 and 2019. The protests were sparked by a new government tax on petrol and diesel but developed into a more general protest against French elites.

After weeks of violent protests marked by a harsh police crackdown, the government was forced to back down and drop the new tax.

However, OpinionWay pollster Bruno Jeanbart says parallels being drawn between the widespread Yellow Jacket demonstrations and the current unrest only go so far. 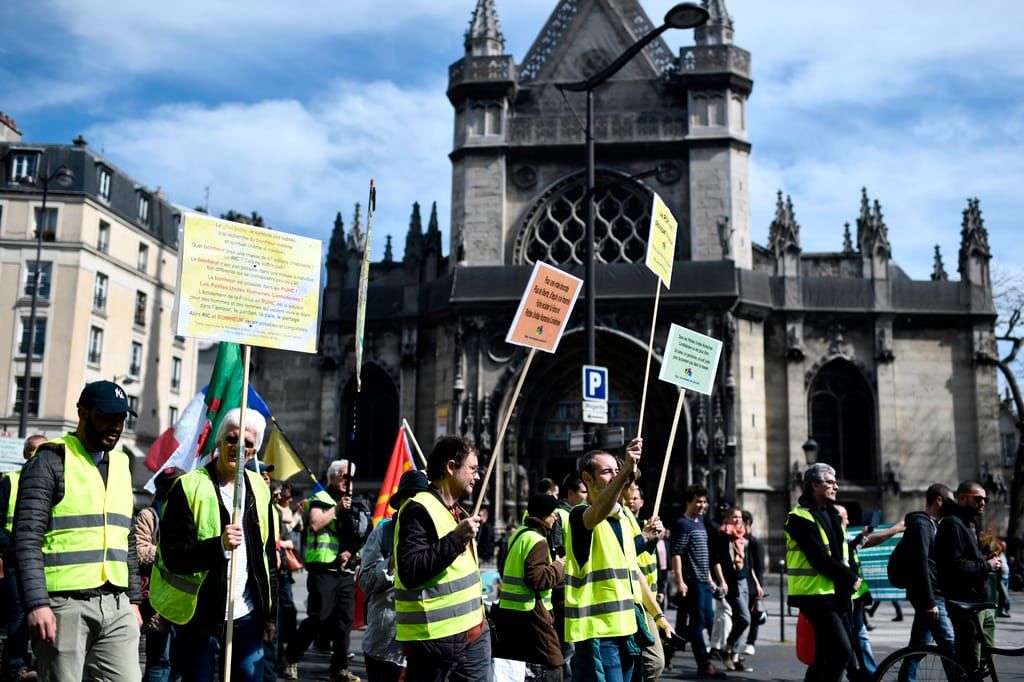 “[The oil refinery strike] is not popular, because its creating problems and has a lot of impact on the public,” Jeanbart said.

“The striking workers are able to block everybody for their own interests, they are not fighting against an unpopular pensions or education reform, but are taking actions to boost their own wages,” he said.

The strikes have pitched management at oil giants TotalEnergies and Esso-Exxon Mobil against staff blockading depots across the country. On Friday, splits started appearing in the movement with some trade unions agreeing to a wage hike deal with TotalEnergies.

French Prime Minister Elisabeth Borne also said she saw “some signs of improvements” with deliveries restarting at some oil depots. However, the CGT trade union, one of the largest in France, says it will continue the strike.

According to Jeanbart, the protests may become more challenging for the government if they spread to public sectors that benefit from strong public support, such as teachers or health workers.

“There’s a lot of tensions among teachers. Difficulty in recruiting new teachers, difficulty in filling positions in Paris, wage increase [issues] … There’s a quiet quitting movement among teachers so it’s difficult to tell if they would join a protest movement in the streets,” he said.

And while the weakening of trade unions in France’s political life might play in favor of the government, it may also raise the likelihood of “outside-the-box” protests movements that are less predictable.

Looking ahead, Macron will be watching the shifts in public opinion closely as he prepares to push through his controversial reform of French pensions as early as this fall.