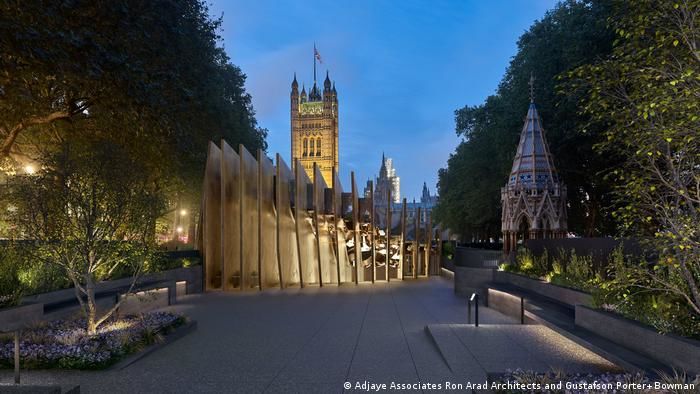 Situated in the heart of the British capital, the Holocaust Memorial will open its doors in 2025. But critics worry that the monument may send the wrong signal.

The British government recently approved the construction of the Holocaust Memorial and Learning Centre at the Victoria Tower Gardens in London's Westminster district.

The aim is to provide a "national focal point to honour the 6 million Jewish men, women and children who were murdered in the Holocaust, and other victims of Nazi persecution, including the Roma, gay and disabled people," the government said in a statement.

The learning centre will also focus on subsequent genocides in Cambodia, Rwanda, Bosnia and Darfur. The British government has announced that entry will be free, and remain so, "in perpetuity." Although the monument is the UK's "first national Holocaust Memorial and Learning Center," according to an official statement, there is a Holocaust Memorial Garden dedicated to victims of the Shoah in London's Hyde Park.

The planning of the monument involved some controversy. Initiated by conservative Prime Minister David Cameron in 2014, its proposed location in London's central Westminster area was initially rejected by local authorities in 2018, due to the proximity to other monuments as well as limited space in the park.

Britain: the savior of the Jews?

The conservative national government under current Prime Minister Boris Johnson overruled the decision of the local authorities in 2019, but the location was also criticized by academics. In a letter to the government in October 2020, 42 intellectuals from British Universities expressed concern that the structure's proximity to the British Parliament and government buildings in Westminster might exaggerate the role that Britain played in saving and protecting victims of the Shoah.

They worried that the United Kingdom might suggest itself as the heroic savior nation of Europe, which would not do justice to decades of historical research on the Holocaust.

Jean-Marc Dreyfus, professor at the University of Manchester, does not share that same concern: "The memorial is far too vague to present the British Nation as a savior." However, this vagueness is precisely what troubles the historian and specialist of Holocaust studies: "The memorial includes no symbols of the Shoah, it looks extremely neutral. It could be commemorating something entirely different."

Dreyfus thinks that the memorial needs to be read in the context of the Brexit referendum: "The memorial functions for the conservative governments that initiated and proposed to realize it as a sort of justification for Brexit: Look, it says, what happened in Europe back then — a Europe that Britain is not a part of."

Global commemoration of the Shoah

Andrea Löw, a professor at the Centre for Holocaust Studies in Munich, tells DW that the Shoah is commemorated all over the world: There are museums, educational centres and monuments in Cape Town and Sydney, in South America and Budapest, in Israel and Washington. "There is such a thing as a global commemoration of the Holocaust." At the moment, historians are concerned with passing from a ritualized commemoration to an individualized commemoration, she explains: "I tell the stories of individuals, real people who lived during and had to react to the Holocaust. I tell the stories of the lives they had before, the dreams they had for the future. Whenever I do that, nobody finds it boring. Everyone is interested."

That is why historians have increasingly been working on and with diaries and reports from the period, chronicling the lives of individuals living during the Nazi era. One recent example is American-Jewish historian Judy Batalion, who published a book on Jewish women resistance fighters in the German ghettos in occupied Poland. Film rights have been optioned by Hollywood legend Steven Spielberg.

"As historians, we consider it our task to carry on the message that eyewitnesses have given to us, now that the survivors are passing away," Andrea Löw explains. "That is why the survivors talked to us, after all, that is why so many people in the German ghettos under Nazi occupation kept a diary or wrote reports. It was their wish that the Shoa would not be forgotten."

'The reign of hatred'

Jean-Marc Dreyfus from the University of Manchester also emphasizes the great importance of the underground Learning Centre that will be built at the Victoria Tower Gardens: "That is good news. The commemoration of the Shoah must continue."

He hopes that it will lead to a different public discussion of the Shoah in Britain, one that is based on historical research and facts.

"The British commemoration of the Holocaust began much later than in other Western countries such as Germany, France or the United States," he said. "Not until the 1990s and 2000s. And it has always remained vague." 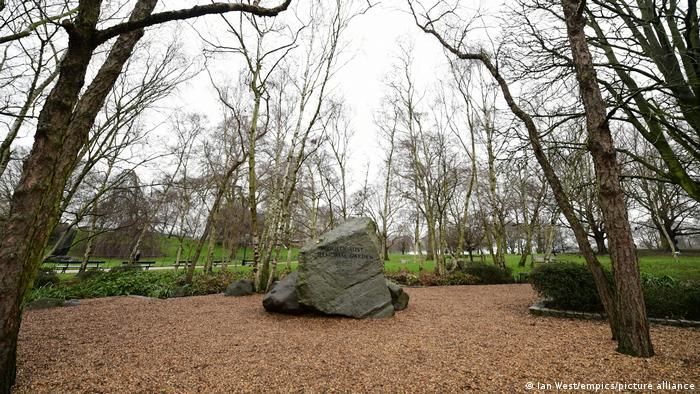 This could now change. Construction on the memorial and education centre will begin in London towards the end of 2021 and is expected to cost £100 million (€118 million) and they are expected to open to the public in 2025. Both are designed by architect David Adjaye with Ron Arad Associates and Gustafson Porter+Bowman.

British Holocaust survivor Sir Ben Helfgott expressed pride that the new memorial will be built in the heart of the British capital in the government's press release: "I know that long after I and the other survivors are gone, the UK will continue to remember the Holocaust and learn what happened when hatred reigned."