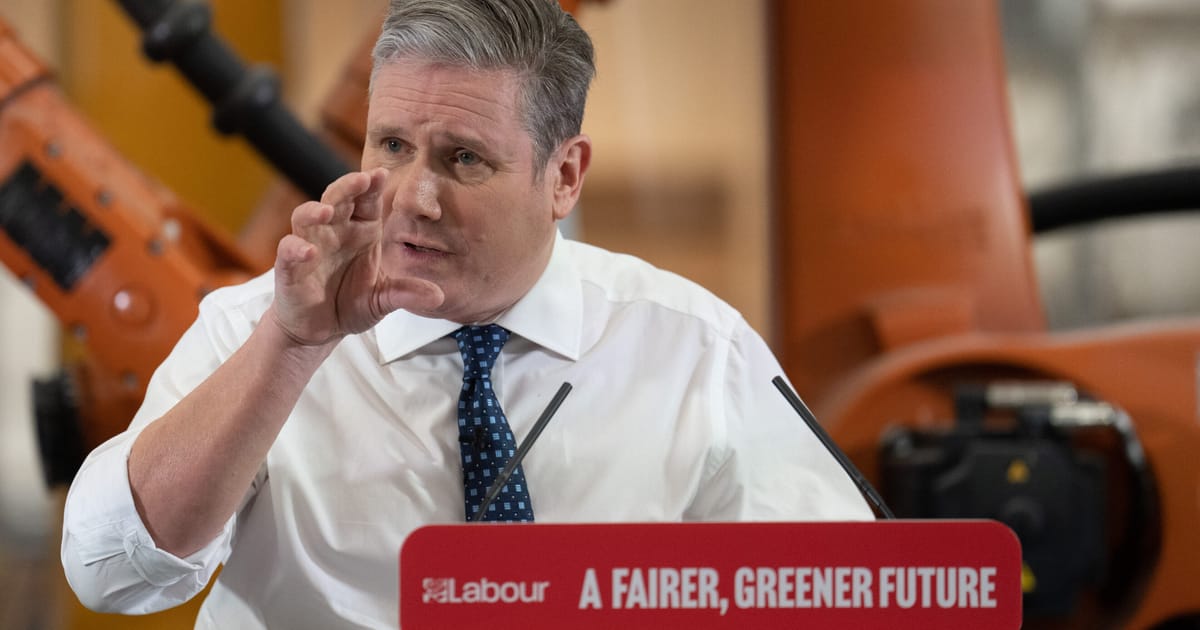 The Labour leader says his party must “embrace” the Brexit campaign’s message.
Britain’s Labour Party will bring forward a “take back control bill” to fulfil some of the promises of Brexit if it wins the next election, Keir Starmer has pledged.

The Labour leader said the “take back control” slogan, devised by the official Vote Leave camp during the 2016 referendum campaign, was “really powerful, it was like a Heineken phrase … it got into people’s heads.”

And Starmer, who campaigned to stay in the EU and once pushed for a second Brexit referendum, used his first speech of 2023 to promise to “embrace” the Brexiteer message pushed by ex-Prime Minister Boris Johnson.

Labour’s bill would devolve more powers to local communities, and comes after a recent constitutional report authored by former PM Gordon Brown committed the opposition party to shifting power away from Westminster and to abolishing the House of Lords, Britain’s unelected second legislative chamber.

Starmer has promised over the past year that Labour will “make Brexit work” if it wins the next election.

He has ruled out any reversal of Brexit or the changes to the U.K.'s subsequent trade deal with the EU, while also vowing to pursue similar regulatory changes promised by the government for the financial services industry.

Touching on his previous support for staying in the EU, Starmer said he was “always making the argument that there was always something very important sitting behind that leave vote.”

“The control people want is control over their lives and their communities,” he said.

“So we will embrace the take back control message, but we’ll turn it from a slogan into a solution.”

Labour enters 2023 with a commanding polling lead over the Conservatives, after 12 months of Westminster psychodrama and the fall of two prime ministers.

A Conservative spokesperson said Starmer's speech was "another vacuous relaunch from Keir Starmer – his tenth bid to sell himself as Labour leader without a single solution to address the challenges we face.”