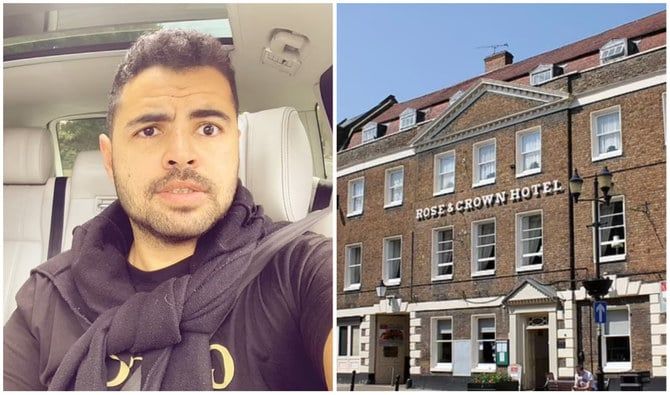 An investigation has discovered investors in the UK are buying up hotels to transform them into migrant shelters, with some making millions of pounds in profit.
The investigation, launched by the Mail, discovered one firm, Payman Club, run by a man named Na’im Anis Payman, had bought 12 properties for this purpose in under two years, and another, H&H Hotels, was set to make £11 million ($13.48 million) per year in profit from housing migrants.

The companies are thought to have taken advantage of the collapse of the tourism industry in the UK prompted by government lockdowns during the COVID-19 pandemic to pick up large commercial properties on the cheap.

The hotels are then passed on to be used by a company called Serco, responsible for housing migrants in the UK, which receives £150 per migrant per day from the Home Office.

It is thought that this year will see around 50,000 people reach the UK illegally via small boats crossing the English Channel. The country also faces a backlog of around 150,000 unresolved asylum applications.

The vast majority of those 50,000 are currently being housed at 140 hotels across the country, costing the UK taxpayer £6.8 million per day.

H&H Hotels, which was set up last year and is run by 32-year-old Egyptian Hassan Arif, currently runs or subcontracts out hotels for migrants in Skegness, Wisbech, Brighton, Eastbourne, Blackpool, Great Yarmouth and London, according to the Mail.

Despite being legal, local efforts have been brought to prevent the practice, all of which have failed. The companies have done nothing illegal, but that has not allayed fears that the government is failing to properly house migrants, that the taxpayer is losing out as a result and that local communities are being adversely affected by the practice.

Craig Leyland, leader of East Lindsey District Council, which covers Skegness and which brought legal action to the High Court, told the paper: “The company H&H have been buying up these hotels across the country. It’s opportunistic.

“They have sniffed out that the government is throwing a lot of money at this and for a year or twos’ investment they can make a very good return — they have done their sums.

“The issue is that the Home Office is throwing quite considerable money at this, so it is an attractive business model.

“As leader of the council, I fully understand that the Home Office is under tremendous pressure to solve this. My issue is the processing of asylum seekers is taking too long.”

Payman, 28, is of German Iranian origin and grew up in Albania, with strong business ties to the country where as many as half of all migrants crossing the Channel are thought to originate from, facilitated by Albanian organized criminal gangs, the Mail said.

After 40 migrants moved to one of Payman’s facilities in the town of Kettering in Northamptonshire in November, local MP Philip Hollobone called on Home Office Minister Robert Jenrick to resign.

A Home Office spokesman said: “The asylum accommodation system is under enormous pressure.

“Decisions on members of the public who are temporarily residing at hotels and staffing are a matter for the hoteliers, and the Home Office instructs providers to carry out thorough diligence checks before any site is used.”
#COVID-19  #Covid
Add Comment