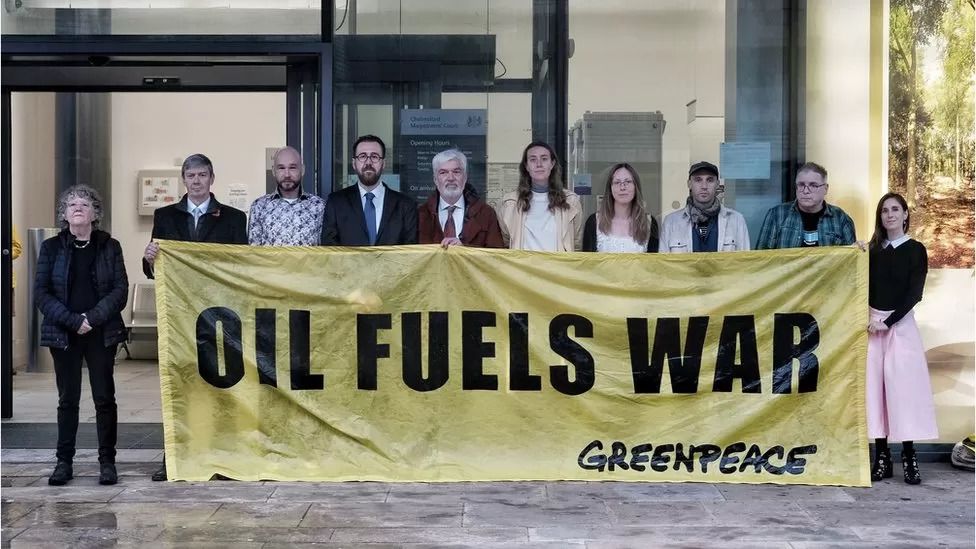 Ten Greenpeace activists who blocked a tanker carrying Russian diesel have been cleared of aggravated trespass by a judge who said the war in Ukraine "could be described as terrorism".

The defendants forced the ship to U-turn after occupying a jetty at the Navigator Terminals in Grays, Essex.

District judge Christopher Williams found them not guilty after a two-day trial at Chelmsford Magistrates' Court.

The prosecutor had argued the case was not about "what's morally right". 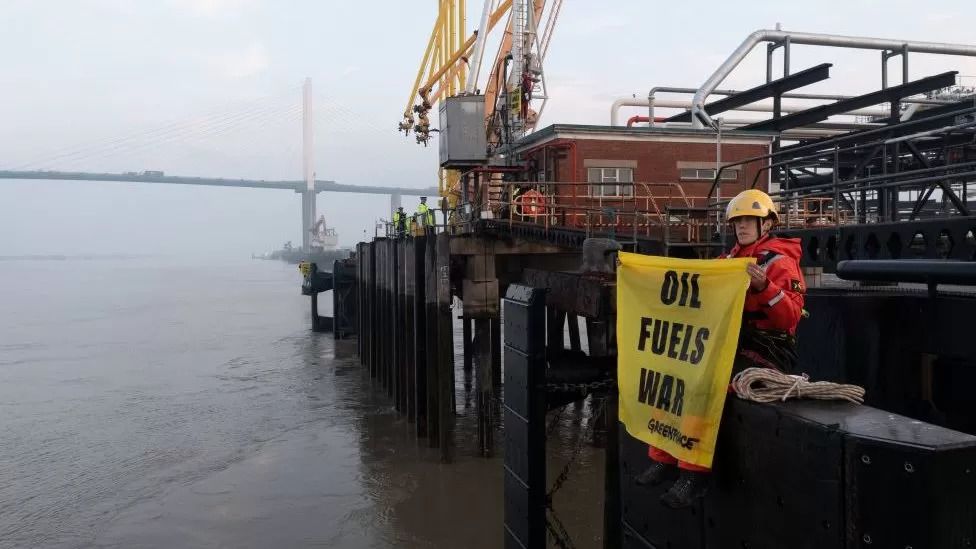 "I take the view it's more than likely the Russian war could be described as terrorism," said the judge.

"In my view, the unloading of the oil was the potential offence."

He added it was "arguable that offences may have been committed under the Terrorism Act 2000" and the "activity which the defendants disrupted was the very thing they were protesting about".

The court heard how the protesters took two dinghy boats to access the jetty on the River Thames on 15 May this year.

They attached themselves to the structure and displayed a banner reading "oil fuels war".

The Andromeda tanker was turned around in the early hours of May 16. 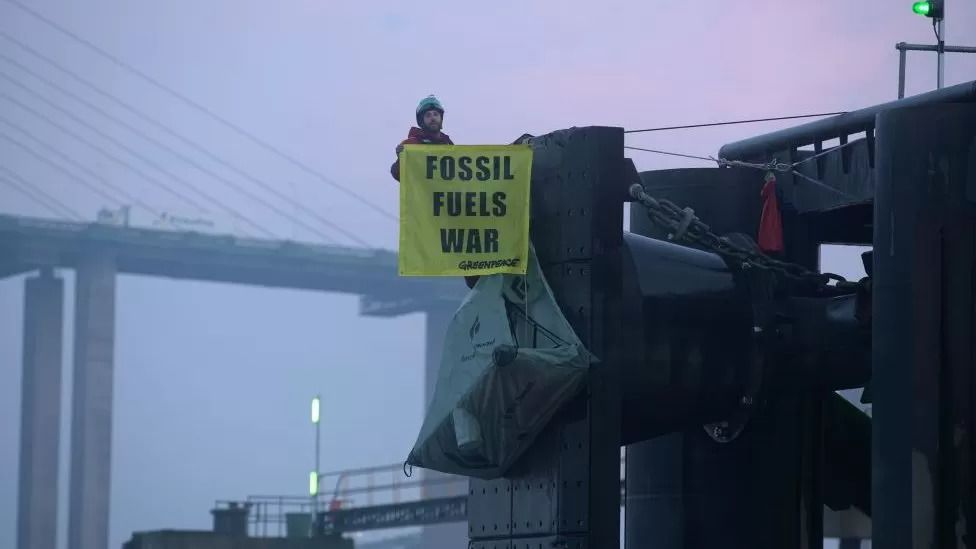 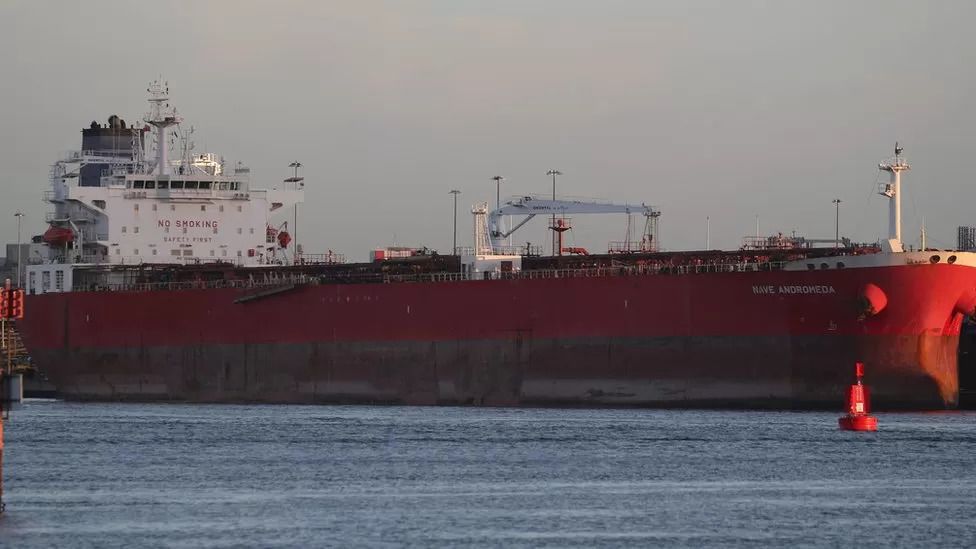 The protesters broke out into applause and there were cheers as the judge found each of them not guilty of obstructing or disrupting a person engaged in a lawful activity under the Criminal Justice and Public Order Act 1994.

Speaking afterwards, the defendant and former lieutenant colonel, Michael Grant, said: "This verdict is not just a relief for us but a complete vindication of the ethical beliefs that led us to act." 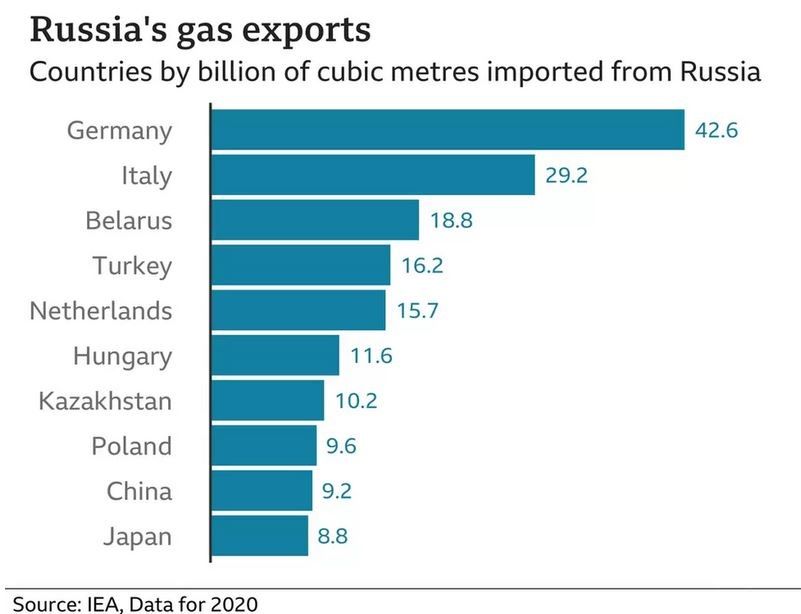 Another activist, teacher Zoe Pontida, described it as a "seismic verdict" and added: "The judge has recognised that we are just ordinary people whose conscience compelled us to stop the oil funding Putin's campaign of state terrorism in Ukraine."