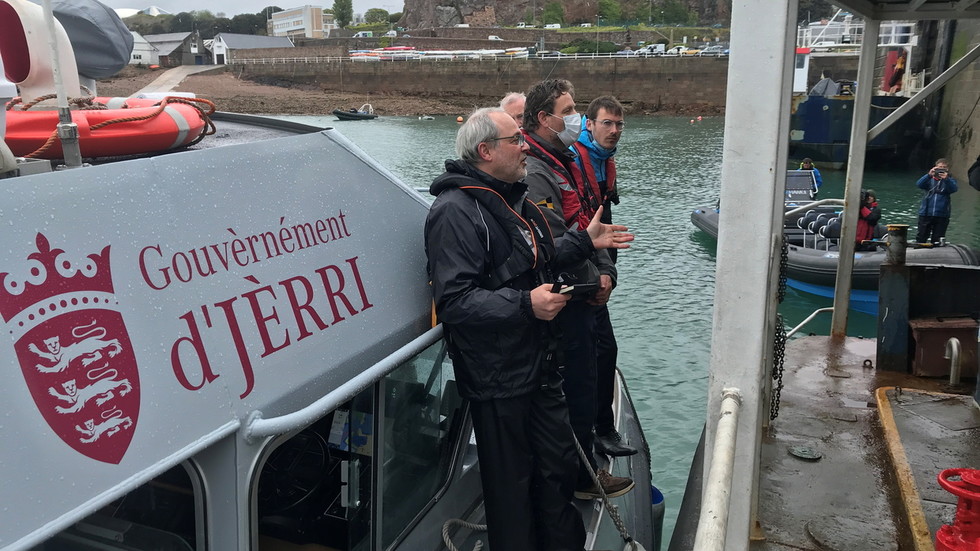 France has said it could cut power to the British Crown dependencies in the English Channel to “pressure” London in a dispute over fishing licenses for French boats.

Under the 2020 UK-EU trade deal, French boats are allowed to continue catching fish in British waters if they obtain a license. They also need to provide evidence they had fished in the same areas before Brexit.

However, Jersey, the largest of the Channel Islands and a self-governing UK Crown Dependency, has angered French fishermen and officials by not granting all the licenses sought by French boats.

“Our patience has a clear limit. That’s the exasperation of our fishermen. For nine months we’ve been talking calmly, nicely,” French Secretary of State for European Affairs Clement Beaune told Europe 1 radio on Wednesday, accusing the UK of not sticking to the trade deal.

On September 29, Jersey granted 64 full and 31 provisional licenses to French vessels. At the same time, the island rejected bids from 75 boats. On Tuesday, 12 additional licenses were issued compared to 87 requests, far below the expectations of Paris.

“We’ve decided with my European counterparts that in the coming days we will adopt European or national measures to pressure the United Kingdom, especially in the case of the goods they export to France,” Beaune said.

"We must defend our interests. We do it diplomatically and, when it doesn’t work, we take measures. For example, we can imagine sanctions on energy, since the United Kingdom is dependent on our energy and the advantages of our export."

“The British think they can live on their own and bash Europe… It’s enough,” Beaune said.

French officials have made threats to cut power to Jersey in the past, as fisheries remain one of the most contentious issues plaguing the UK’s relations with the EU after London left the bloc.

Jersey’s environmental minister, John Young, said last week the island wanted to keep foreign fishing in its waters similar to pre-Brexit times and has been “flexible” in accepting various forms of evidence from the French.

The island’s external relations minister, Ian Gorst, argued that Jersey has “maintained a pragmatic, reasonable and evidence-based approach” throughout the licensing process.

In March, Jersey fishermen protested by using their boats to block the entrance to the island’s St. Helier Harbour. They claimed that they were not allowed to land their catches in France.