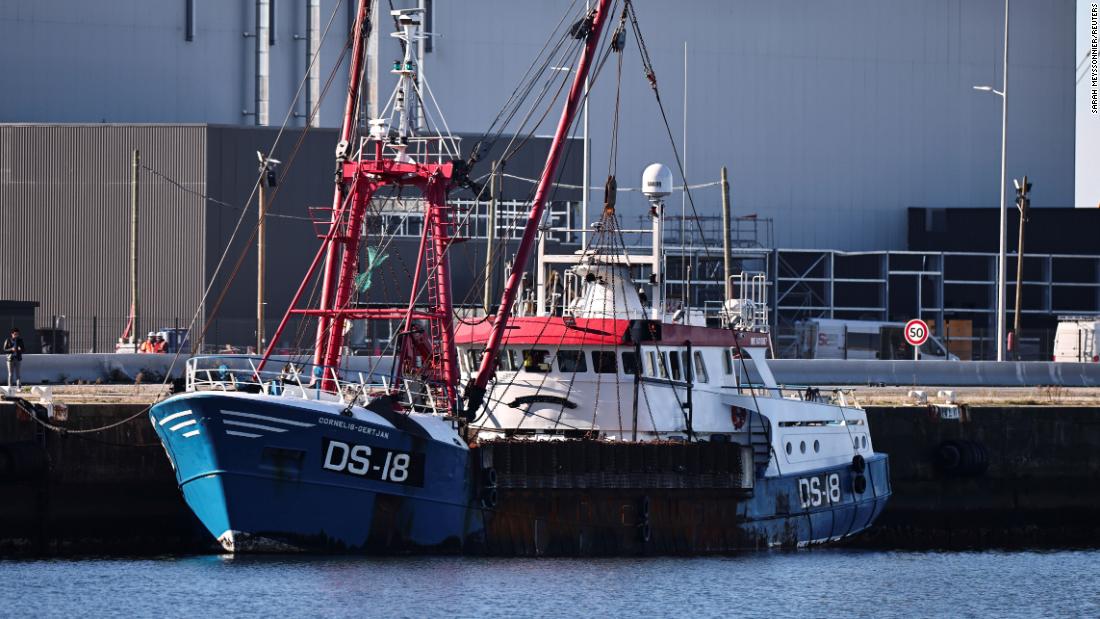 The captain of a British fishing trawler detained in France was ordered to appear before a French court over allegations of illegal fishing, as the war of words between the two countries over post-Brexit fishing rights escalated on Friday.

French authorities seized the vessel, fined another British boat and announced the closure of nearly all of France's ports to trawlers from the UK on Thursday, a major escalation in the long-running spat between the allies.

France's European affairs minister, Clement Beaune, said in an interview on French TV station CNEWS that aside from a few exceptions, all French ports will no longer be accessible to British boats, referring to vessels that offload fish and produce.

The captain of the Cornelis, Gert Jan, is expected to appear in court on August 11, 2022 over the alleged "unauthorized fishing by a non-EU vessel in French maritime waters," according to a statement from deputy prosecutor Cyrille Fournier.

"Upon inspection, the captain of the vessel was not in possession of the required authorization to fish in the French exclusive economic zone," Fournier said in a statement. 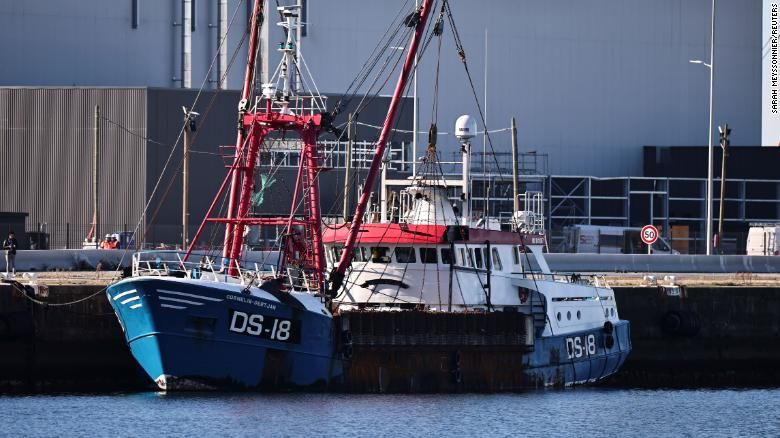 A British trawler is seen moored in the port of Le Havre after it was seized by France on Thursday.

Juliette Hatchman, CEO of the South West Fish Producers Organization, told CNN she believes the vessel's crew was "in possession of the appropriate license to fish in European Union waters and was therefore fishing totally legally at the time of the boarding by French authorities." However, Hatchman noted that it "appeared the vessel may have been missed off an approved UK list."

The latest French measures come in response to the UK government's refusal to grant post-Brexit fishing licenses to several French fishermen. An EU commission spokesperson told journalists on Tuesday that as of October 1, the UK had granted licenses to 15 out of the 47 smaller French vessels that applied to fish in UK territorial waters.

Of the remaining vessels, France has agreed to rescind applications for 17 vessels whose evidence of their fishing activity in British waters pre-Brexit was considered poor, the spokesperson said.

'Two can play at that game,' UK says

UK Environment Secretary George Eustice said Friday that the British government "reserves the ability to respond in a proportionate way" to France's retaliatory measures, telling Sky News that "two can play at that game."

"The things that they are suggesting doing -- which is basically to start to be difficult at the borders and to close ports and so on — this is a clear break of not only the Trade and Cooperation Agreement that we've got with them, but also of EU law," Eustice said. "The comments that have been made by France on this are completely disproportionate. They're unacceptable."

Eustice added that the latest incident concerns a "very small number of vessels that just don't qualify under the terms of the agreement" reached.

A UK government spokesman said: "We repeat that the Government has granted 98% of license applications from EU vessels to fish in the UK's waters and, as has consistently been made clear, will consider any further evidence on the remainder."

The French minister for the sea, Annick Girardin, said the boat that was detained Thursday was not listed on the EU's approved list of UK fishing vessels, and the regional government director "immediately issued" an order to divert the boat to the French port of Le Havre. A second boat was fined for not complying with orders to allow French authorities to board the vessel to conduct checks, the statement tweeted by Girardin said. Additional checks by French maritime gendarmes found no further infraction of fishing regulations.