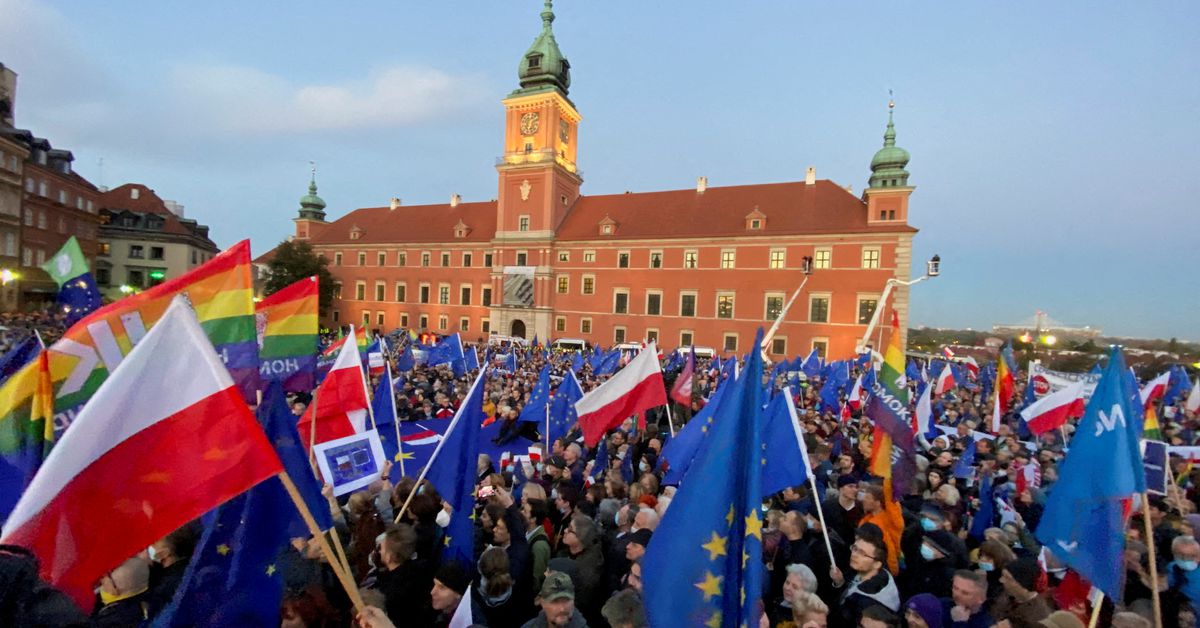 The European Union executive is set to demand that Poland pay around 70 million euros ($80 million) of fines in the coming weeks for failing to scrap a contentious system for disciplining judges, sources have told Reuters.

The dispute is one of many battles pitting Poland against the EU, which accuses the nationalist government in Warsaw of backsliding on democratic standards, including the independence of the judiciary. Warsaw denies the charge.

"I regret that the situation of the rule of law in Poland shows no signs of improvement and judges continue to be under pressure. We will continue to do our duty to defend the rule of law and judicial independence," said Vera Jourova, EU Commissioner for Values and Transparency.

Separately, aspokesman for the Commission told reporters that the Brussels-based executive had received Poland's latest explanation in the dispute, adding: "The EU has ways to ensure payment of fines due from Poland."

January 11 was the deadline for Warsaw to tell the Commission when and how it would dismantle the Disciplinary Chamber of Poland's Supreme Court, which the EU's top EU court had ordered suspended, or pay fines worth 1 million euros a day.

Should Poland's response fail to satisfy the Commission, which enforces European law, a source in the EU executive said it would send an invoice to Warsaw, with a 45-day deadline to pay.

By then, the fine would amount to some 70 million euros, said a second Commission source, adding that the call for payment would be sent to Warsaw "very soon".

A Polish government spokesman did not respond to a request for comment on Tuesday.

Asked about the case, a deputy Polish justice minister last week accused the EU of making "illegal demands" and said Warsaw would not give in to "blackmail".

The ruling Law and Justice (PiS) party introduced the new policing system for judges in 2017 amid a sweeping overhaul of the judiciary widely denounced as undermining the independence of courts and judges.

The Polish judges' association Iustitia, which accuses PiS of degrading the courts, said the Disciplinary Chamber had suspended six judges so far for challenging government policies, and that two more were awaiting a decision.

Of the six, two have been suspended for more than one year, their cases reassigned to other judges or started from scratch, including one for the murder of a child, Iustitia said.

Iustitia has said more than 1,000 judges have been nominated since PiS changed the law to allow judges appointed by government officials - rather than by other judges - to staff judicial panels.

If Poland continuesto refuse to pay for failing to obey the order of the Luxembourg-based European Court of Justice (ECJ) - the decisions of which are binding for all member states - the Commission would eventually deduct the total due from EU funds earmarked for Warsaw.

However, the timing is unclear as other EU countries have so far either implemented measures prescribed by the ECJ or paid promptly on their own for failing to do so.

A lack of precedent or clear EU rules invites procedural delays and political haggling over the issue, which has already harmed Poland's reputation as the posterchild of democratic transition from the communism imposed on it after World War Two.