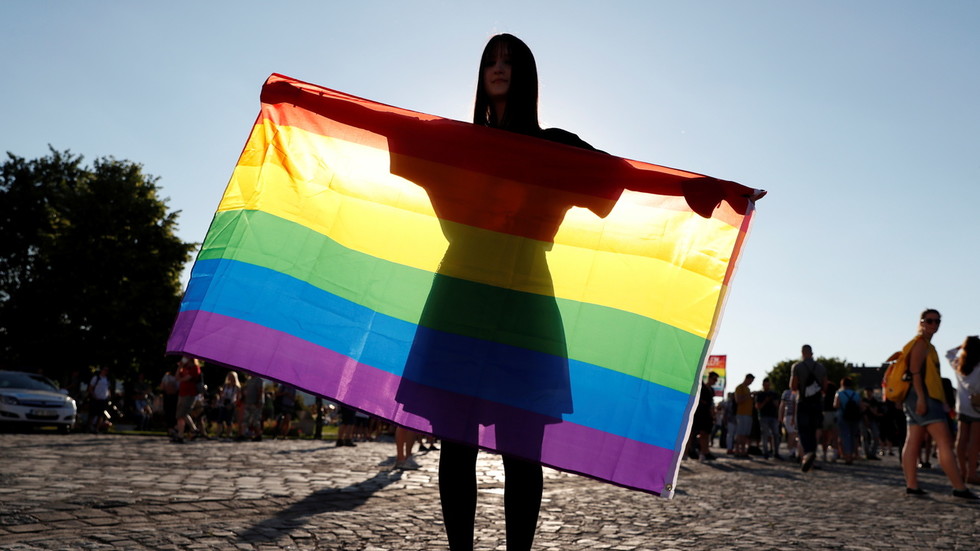 The move to enshrine ‘hate crimes’ into its founding treaties will just be another flashpoint for clashes between Brussels and the likes of Hungary and Poland.
The European Commission is proposing to add “hate crimes” to one of the founding treaties of the European Union. This will give Brussels more power to punish member states that it deems are not effectively tackling hate speech, misogyny, and homophobia.

According to Politico, which has seen the draft text, “the proposal comes in the wake of social movements like the #MeToo campaign and Black Lives Matter protests.”

The European Commission text says, “hate is moving into the mainstream, targeting individuals and groups of people sharing or perceived as sharing ‘a common characteristic,’ such as race, ethnicity, language, religion, nationality, age, sex, sexual orientation, gender identity, gender expression, sex characteristics or any other fundamental characteristic, or a combination of such characteristics.”

The European Commission is proposing to tackle ‘hate’ through adding it to the list of crimes that already exists within the text of the Treaty on the Functioning of the European Union.

At the moment, this list includes terrorism, drug trafficking, human trafficking, and sexual exploitation of women and children, among other things. Unlike ‘hate’, however, these crimes are not subjective. Smuggling drugs is clearly illegal, as is human trafficking and terrorism.

What worries me about this latest proposal is who decides what is and what is not a ‘hate crime’? Of course, no one wants to see minorities, women, or LGBT people suffer discrimination. But surely these are issues that should be the responsibility of the member states and decided by their respective electorates?

Moreover, the fact that ‘hate’ will be defined by unelected Eurocrats is not only undemocratic, but also dangerous, and could be used to curtail free speech, or indeed dissent. It looks like a throwback to the bad old days of one-party regimes, when dictatorial and unelected governments decided what people could and could not say.

The European Union views its treaties as akin to the Ten Commandments: Sacrosanct and written in stone. They are the foundations upon which the bloc is built, and the articles contained are often used to punish member states who the Eurocrats deem to have stepped out of line. Just ask Poland and Hungary.

The alteration of these founding treaties is also a convoluted affair, and way too complicated to go into in detail here. However, major alterations to the EU treaties requires referendums in some member states, such as Ireland. Of course, the EU will not want to see any more referendums, as people are way too unpredictable and inconvenient.

The addition of ‘hate crimes’ to the treaty will not be deemed a major change, however, and it will not trigger referendums, so the EU can breathe a hefty sigh of relief. But what is not up for debate is the fact that the treaty change will require support of the European Parliament and the European Council.

I predict that the proposal will sail through the European Parliament, as that body is by far the most federalist and will not miss the opportunity to virtue signal. The European Council is, however, another matter entirely, as treaty change requires the agreement of all member states.

That means that those countries which will undoubtedly be targeted by this proposed change, will have the ability to reject it, regardless of what the European Commission, the European Parliament, or other member states say. And this is where the bun fight will occur.

There can be little doubt that the adding of ‘hate crime’ to the list contained in the treaty is aimed at a number of Central European countries, including Poland, Hungary, and Slovenia… all of which have governments that the EU disapproves of.

Over the past six months alone, the EU has forced Polish regions to row back on anti-LGBT resolutions through threats of financial penalties. Hungary has also been at war with Brussels over what the EU deems to be anti-LGBT legislation. This prompted Slovenia’s PM to criticize the EU for attempting to impose “imaginary European values” on the Central European nations.

It is clear that the insertion of ‘hate crime’ into the founding treaty is an attempt to bring these countries into line, and for that reason, I believe they will stand firm and reject it.

But do not expect the Western member states, the European Parliament, or the European Commission to go down without a fight. Buckets of political slurry will be poured over the governments of these Central European countries in an effort to get them to buckle.

Nevertheless, I believe it is doomed to fail, as Poland, Hungary, and Slovenia supporting this proposal would be like turkeys voting for Christmas. So, once again, the EU will find that these pesky problematic Central European member states will put a spoke in the great wheel of political integration.
Add Comment