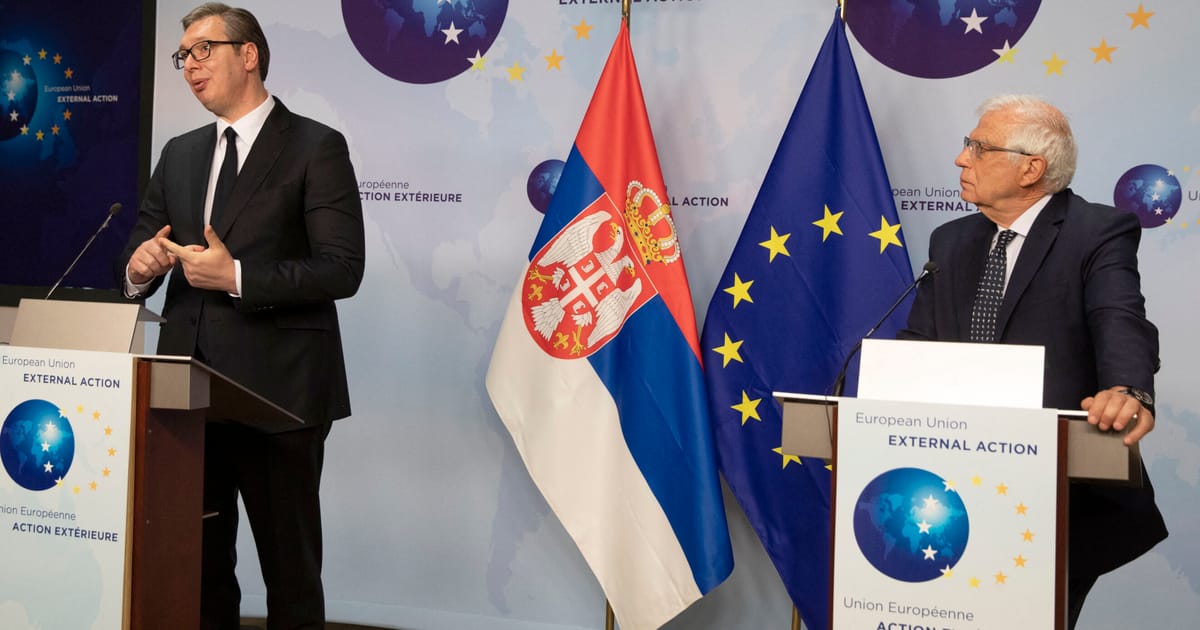 Europe’s foreign affairs chief Josep Borrell slammed the leaders of Kosovo and Serbia — but in particular Kosovo — for failing to defuse a dispute over car license plates that risks spiraling into a renewed violent conflict.

“Both bear full responsibility for the failure of the talks today and for any escalation and violence that might occur on the ground in the following days. We put forward a proposal that President Vučić accepted today while Prime Minister Kurti did not,” Borrell said, adding that he expects Kosovo “to immediately suspend further stages related to the re-registration of vehicles in north Kosovo,” while asking Serbia to suspend issuing new license plates with Kosovo cities’ denominations.

“I know, this sends a very negative political signal,” Borrell said bluntly, after singling out Kosovo for particular criticism over “the behavior of the different parties and the lack of respect for their international legal obligations.”

Kosovo’s President Vjosa Osmani rejected the accusations on Facebook, saying “what we saw today from Mr. Borrell was openly exposed unilateralism, accommodation of the aggressor and presentation of a completely distorted reality.”

The license plate issue has been a source of contention for some time, with local Serbs in Kosovo preferring to use plates issued by Belgrade that are illegal in Kosovo. The row sparked repeated flare-ups over the summer.

The tension dates back to a war in the late 1990s, after which Kosovo declared its independence in 2008. Serbia does not recognize the sovereignty of its former province. Pristina and Belgrade have been attempting to negotiate over technical issues through an EU-led dialogue since 2011.

NATO Secretary-General Jens Stoltenberg said Monday he was “disappointed that it was not possible to solve the license plate dispute” and called for “pragmatic solutions” to avoid an escalation, warning that NATO’s Kosovo Force “remains vigilant.”

Meanwhile, the U.S. Ambassador to Kosovo Jeffrey M. Hovenier said in a statement that Washington was “concerned” about the failure to reach an agreement, adding that he asked Kosovo’s government to “postpone for 48 hours the imposition of fines to allow the EU and the United States to further engage the parties to find a solution.”

Kurti tweeted that he had agreed to the request, adding: “I am happy to work with the U.S. and the EU to find a solution during the next two days.”