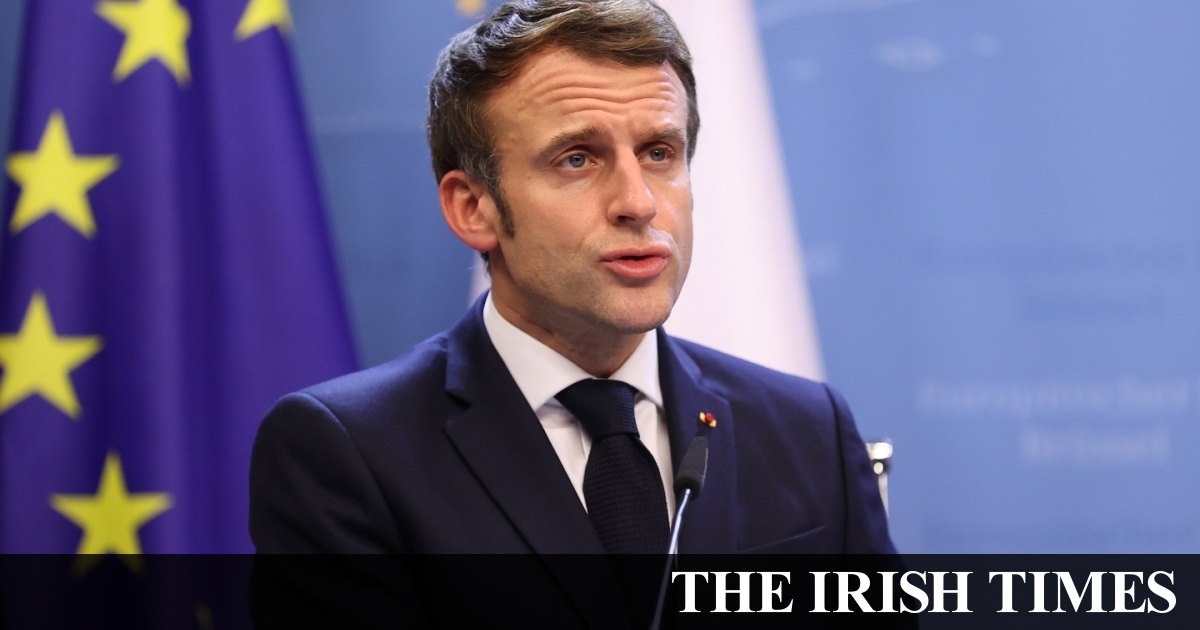 Europe Letter: Ambition of French presidency may collide with Hungarian and Polish agendas

The European Union is about to face a battle of wills. In January, France will assume the six-month rotating presidency of the council of the European Union. Ambitious for changes, never lacking a problem he thinks the EU couldn’t solve, and facing an impending election, President Emmanuel Macron will be seeking results to prove to his sceptical public that the bloc is an effective actor in addressing matters of French concern.

Unstoppable force, meet immovable object. Macron assumes the role with Hungary and Poland locked in a dispute with the EU over rule of law and ready to use their vetos to stop the EU from agreeing on anything.

Justice minister Zbigniew Ziobro has warned Poland could wield “a veto on all matters that require unanimity in the EU” if the European Commission does not release funds it is holding back due to concerns over political interference with the courts.

Hungary, which already uses its veto liberally in foreign affairs resolutions, has been threatening to deploy it to block a the transposition of the OECD tax deal to set a 15 per cent minimum corporation tax. The reform is dear to the heart of Paris, while Budapest was one of the last holdouts against it. Hungary has an even lower corporation tax rate than Ireland, at 9 per cent.

Holding the presidency means it will be French diplomats who broker discussions between member states and negotiations to finalise laws with the parliament and commission. When national leaders and ministers gather in Brussels, it will be the French representative who chair the meeting.

Each member state brings its own flavour and priorities to the term. This one will be bifurcated by the first round of the French elections in April, giving Macron just three months to prove his Eurosceptic domestic opponents wrong.

High on the priority list: migration, and how to toughen control of the EU’s external borders. These will be an undercurrent at a summit with the African Union in February. Exerting control in a region that is a point of origin and transit for people who migrate to Europe was part of the rationale for a French and EU military presence in the Sahel region, the site of a sprawling conflict that has been dubbed “Europe’s forever war”.

France is geopolitically ambitious, and has long argued for greater EU strength in defending its interests. Its presidency will culminate in a March defence summit aimed to strike a new deal to allow the bloc to strategically address its weaknesses and build capacity to react decisively if the need arises. Some proposals, such as a 5,000-strong rapid reaction force and greater investment in defence, will veer close to the kind of ideas that have been most effective in triggering concerns in the Irish electorate about EU integration in the past.

Something else to watch for is a tougher line towards Britain. France is sensitive to being undercut if the UK decides to slash regulations and has never had much tolerance for demands from British officials for looser checks on goods going into Northern Ireland and an assumption of good faith.

Many in Paris believe that the commission has been wrong to react to British hard bargaining with concessions and have pushed for the preparation of infringement proceedings that could lead to punitive tariffs on trade.

It’s an idea that makes the Irish Government uneasy due to the economic and political fallout. So can French ideas about industrial policy.

France champions the idea of Europe having its own supply chains for strategically crucial items, whether medicines or microchips. As a small country that benefits from open international markets, Ireland does not believe supply chains can be anything but global and opposes protective trade policies that risk triggering reciprocal actions and ultimately hampering trade for all.

It all falls under Macron’s idea of “European sovereignty”: the idea of European countries amplifying their strength by acting collectively and through more ready willingness to wield that power. It’s in contrast to the national sovereignty championed by the Polish and Hungarian governments and Macron’s domestic opponents, which is often defined in opposition to the EU.

Earlier this year he described it as follows: “We must move from a Europe of cooperation within our borders to a Europe that is powerful in the world, fully sovereign, free in its choices and master of its destiny.”