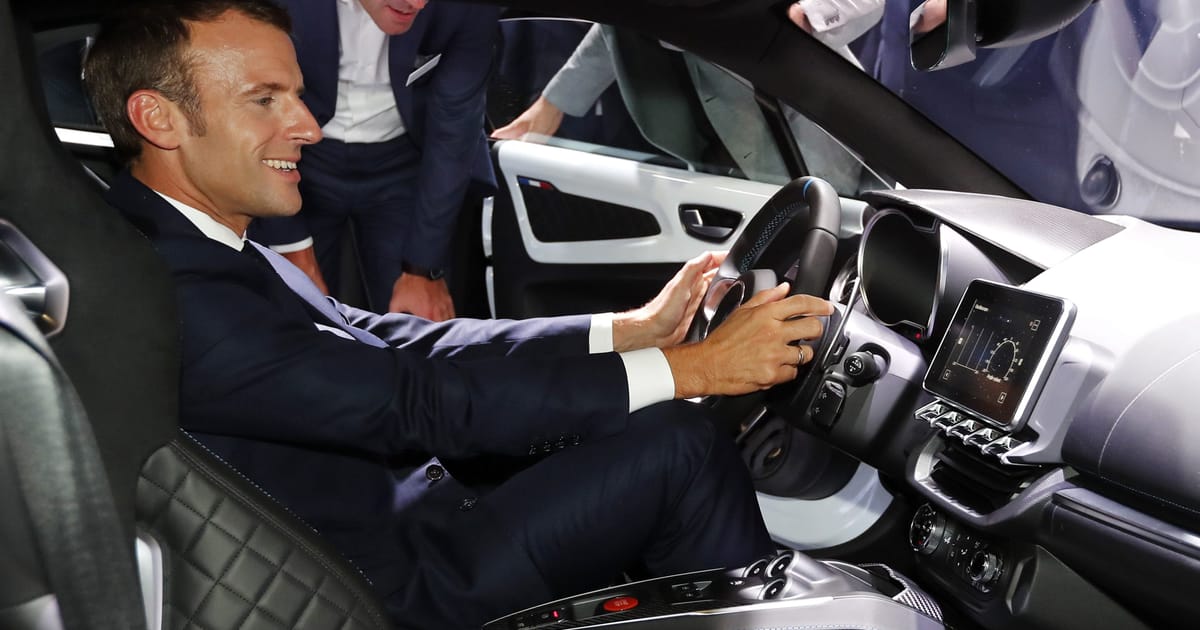 The French president says the EU should copy the US and protect its industry.
Emmanuel Macron called for a "Buy European Act" on Wednesday to protect carmakers on the Continent in the face of competition from China and in response to the United States' own controversial scheme to incentivize domestic production.

Speaking on TV channel France 2, the French president criticized the European Union as being “too open” on the topic of state subsidies for electric cars as it seeks to accelerate its transition to greener energy sources.

France has been leading the charge against Washington's recent Inflation Reduction Act, which includes tax incentives for U.S. consumers to "Buy American" when it comes to choosing an electric car. The European Union, South Korea, Japan, China and Russia have all complained at the World Trade Organization that this measure violates international trade rules by unfairly discriminating against foreign manufacturers.

Macron said in the TV interview he had discussed an EU response to U.S. trade barriers during a lunch with German Chancellor Olaf Scholz at the Elysée Palace earlier on Wednesday. However, it was unclear whether the two leaders share the same view on exactly what steps to take.

“[Scholz and I] have a real convergence to move forward on the topic, we had a very good conversation,” Macron said.

Relations between the French president and his German counterpart have been fraught amid disagreements over energy, defense and the economy. But discontent over the U.S. legislation appears to be an area where they converge, given both their countries host major carmakers like Renault and Mercedes-Benz.

According to an adviser to the French presidency, the two leaders agreed to push the European Commission to prepare a response to the U.S. Inflation Reduction Act.
#Mercedes
Add Comment