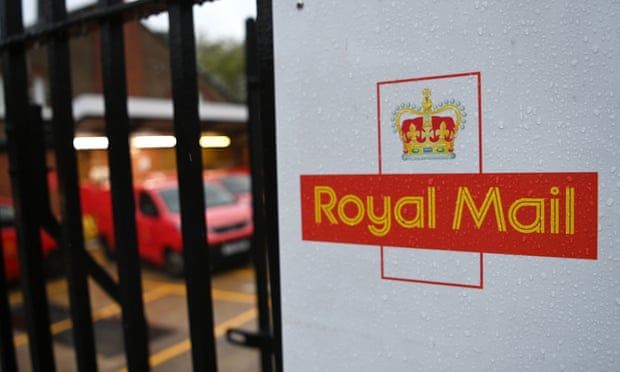 Ministers are to conduct a national security review into the ownership of Royal Mail, after it emerged the Czech billionaire who is the 500-year-old postal firm’s largest shareholder has increased his stake.

The intervention came as Royal Mail executives braced for the first of four days of national strike action over pay and conditions, with members of the Communication Workers Union set to walk out on Friday.

The company said it has received a notification from the government that its top shareholder, Vesa Equity Investment, could increase its stake to more than 25%. Vesa is controlled by Daniel Křetínský, whose financial holdings also include Sainsbury’s and West Ham United.

In a statement to the Stock Exchange, Royal Mail added: “The secretary of state has notified Royal Mail that such a step would constitute a trigger event under the NSI Act [National Security and Investment Act] and that he is exercising his call-in power under section 1 of the NSI Act.

“Royal Mail will fully cooperate with this review and a further announcement will be made as and when appropriate.”

Vesa, which is the company’s largest shareholder, has confirmed it had set out its intention to take its stake above 25% on 13 July. Vesa held 22% of the company in its most recent disclosure in July.

Křetínský, known as the “Czech sphinx” for his low public profile, has not commented in detail on his intentions for Royal Mail since he became its largest shareholder in 2020.

The businessman, whose interests have spanned coal, gas and media, saw the value of the holding soar during the pandemic as Royal Mail benefited from the boom in online shopping and the delivery of testing kits.

Křetínský’s move to increase his Royal Mail stake will trigger speculation that he has designs on a full takeover of the group.

Any acquisition attempt could be politically fraught given the tycoon’s links to the Russian state gas operator, Gazprom. His EP Infrastructure (EPIF) business owns a 49% holding in Eustream, which operates a system piping Russian gas to central and eastern Europe through Slovakia.

Křetínský, 46, also owns Sparta Prague football club, and is estimated to be worth about £3bn. His girlfriend is the champion show jumper Anna Kellnerová, 25, the daughter of the late Czech businessman Petr Kellner, who was once the country’s richest person.

In November, Royal Mail paid out a £400m dividend to investors including Vesa. However, the company has seen its stock fall by nearly 50% this year. The stock rose 1.5% to 265.8p on Thursday after the announcement.

The announcement comes just a day before Royal Mail staff prepare to go on their first strike since 2009.

Royal Mail employees will begin 24 hours of strike action at 4am on Friday and will strike again next Wednesday, before further action on 8-9 September. It has been estimated that the action will cost the company, which which employs 115,000 people, £100m, with each day costing £10m in letter, and £15m in parcel, revenue.

Staff have been handed a 2% pay rise, backdated to April, and a further 3.5% increase if they agree to changes in working practices. Staff stand opposed to these changes and argue they should receive pay hikes with no strings attached.