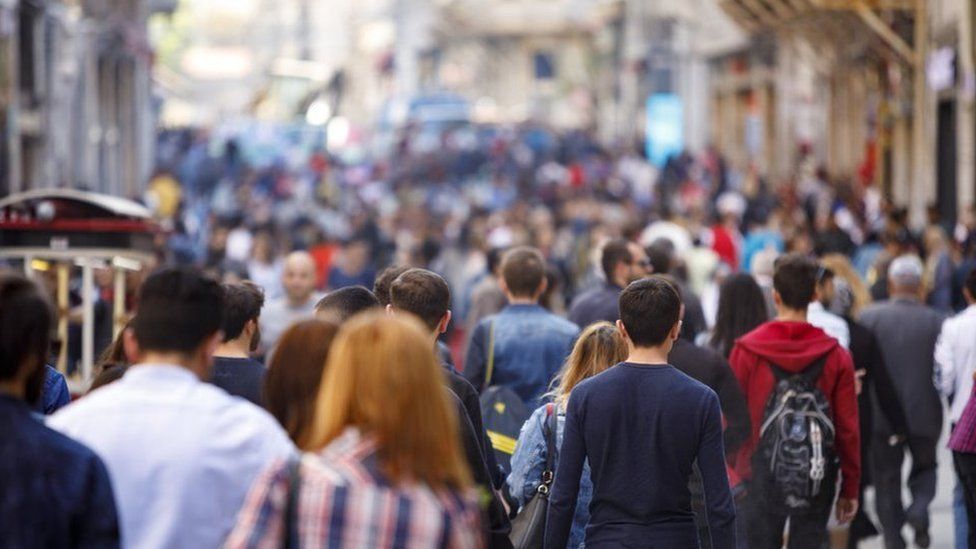 Covid: Record 4.9 million people have the virus in UK

About one in every 13 people in the UK has coronavirus, according to latest estimates from the Office for National Statistics (ONS).

ONS officials say that is the highest number seen since its survey began at the end of April 2020.

The surge in infections is being driven partly by the contagious Omicron BA.2 sub-variant and people mixing more.

The figures for the week ending 26 March are thought to give the most accurate reflection of what's happening with the virus in the community.

The ONS survey tests thousands of people randomly in households across the UK - whether or not they have symptoms.

The latest data comes on the day that most people in England will have to start paying for Covid-19 tests.

The government's "living with Covid" plan means free testing will only continue for certain groups - including some people with weakened immune systems, people admitted to hospital and health and care staff.

In general people who test positive for Covid are now advised to try to stay at home for five days and avoid contact with others.

For most children and young people under 18, three days is enough, says the latest official advice. 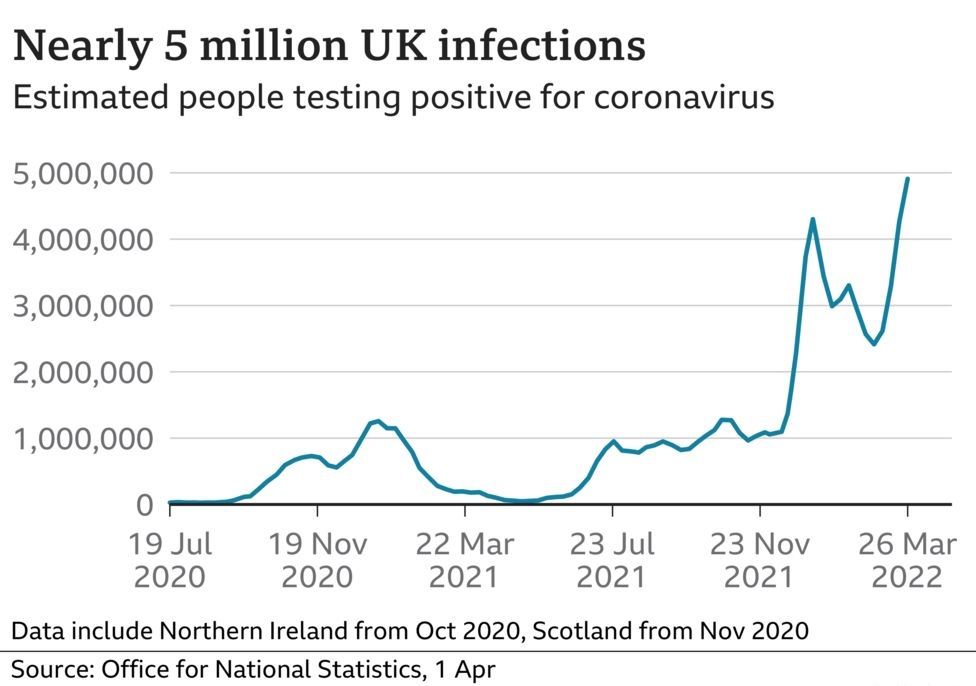 In England and Wales infections continued to rise, while overall trends in Scotland and Northern Ireland were uncertain.

The number of people in Covid beds in hospitals has returned to January 2022 levels, data from NHS England suggests.

But there is a key difference - in January about 56% of people in Covid beds in hospitals were being treated mainly for their Covid, but as of Tuesday (29 March) that figure is down to about 44%.

And the number of people being treated for very severe Covid infections and needing intensive care remain low - as vaccinations continue to protect people from severe disease. 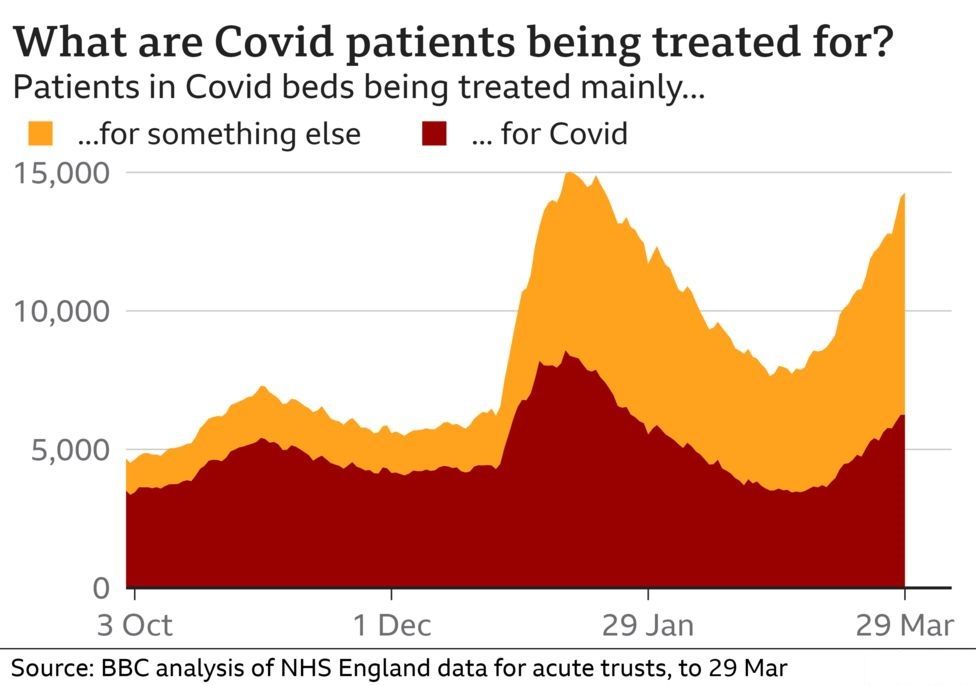 Rates in older people continue to be a concern.

At a Royal Society of Medicine conference, he said: "Case rates here in the UK are really, really high and hospitalisations in London, for example, are becoming exceptionally high again.

"And what keeps me awake at night is whether the people we have called - over-75s - for their second booster dose are going to come forward really rapidly and really quickly in the next few days and weeks, because it is going to be important."

People aged over 75 and those who have weakened immune systems can book a spring booster jab to top up their protection against the virus.