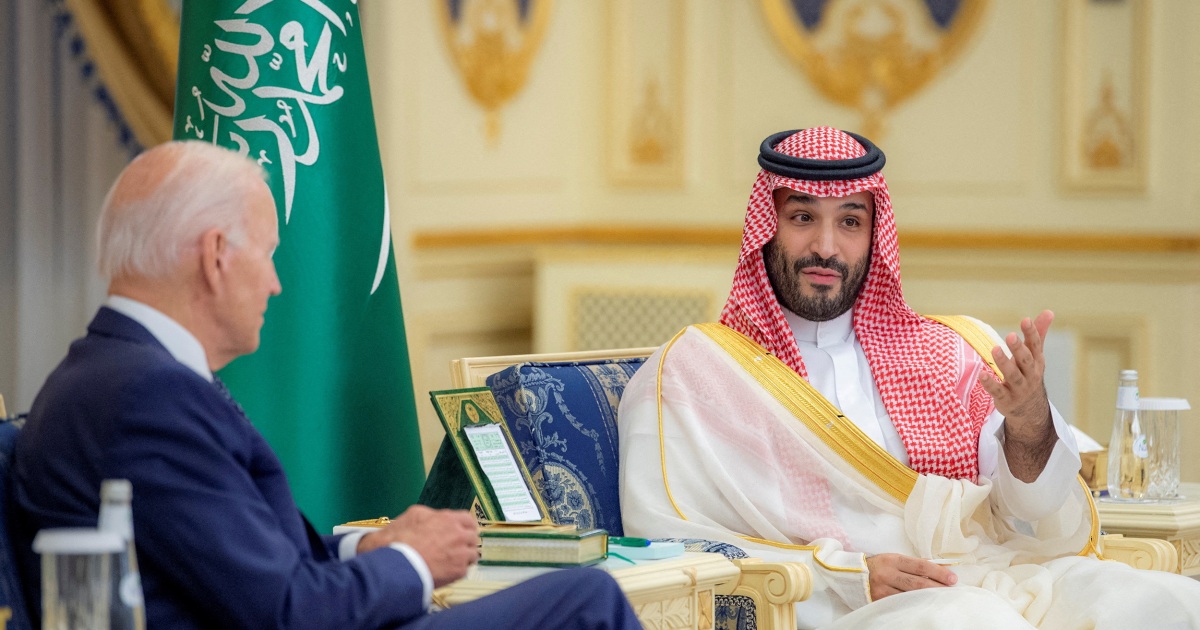 A joint statement by the two nations was released after US President Joe Biden held talks with top Saudi officials, including Crown Prince Mohammed bin Salman.

The United States and Saudi Arabia have expressed their commitment to ensuring the stability of global energy markets.

The two countries agreed on consulting regularly on global energy markets in the short and long term and work together as strategic partners in climate and energy transition, according to the statement.

Experts have said energy interests have pushed Biden to travel to the kingdom, his first visit to the Middle East since becoming the US president.

The US is eager to see Saudi Arabia and its Organization of the Petroleum Exporting Countries (OPEC) partners pump more oil to help bring down the high cost of gasoline and ease the highest US inflation rate in 40 years.

The US national security adviser on Friday had downplayed expectations ahead of the meeting, saying he did not expect Saudi Arabia to immediately boost oil output and would rather look at the outcome of an OPEC+ meeting on August 3.

“I don’t think you should expect a particular announcement here bilaterally because we believe any further action taken to ensure that there is sufficient energy to protect the health of the global economy, it will be done in the context of OPEC+,” Jake Sullivan said.

Biden noted during his brief Friday afternoon news conference that oil prices have been dropping since before his trip to the Middle East, saying the potential effects of his visit to Saudi Arabia on the energy market would not be felt “for another couple of weeks”.

Spare capacity within OPEC is running low, with most producers pumping at maximum capacity. It is unclear how much extra supply Saudi Arabia could bring to the market and how quickly.

OPEC+ decided last month to increase output targets by 648,000 barrels per day (bpd) in August, ending record production cuts that it brought at the height of the pandemic to counter collapsing demand.

Among them were agreements in clean energy projects, nuclear energy and uranium, according to SPA, as well as deals with US aerospace and defence firms Boeing and Raytheon and healthcare companies Medtronic, Digital Diagnostics, and IQVIA.

Gulf OPEC members are investing in renewable and clean energy while also stressing the continued importance of hydrocarbons for global energy security at a time of growing calls for a shift away from fossil fuels.

Washington and Riyadh also agreed on the importance of stopping their mutual foe Iran from acquiring a nuclear weapon further deterring its interference in “the internal affairs of other countries”.

The statement said Biden affirmed the United States’ continued commitment to supporting “Saudi Arabia’s security and territorial defense, and facilitating the Kingdom’s ability to obtain necessary capabilities to defend its people and territory against external threats”.

In 2018, then-US President Donald Trump pulled the United States out of the pact, saying it was insufficient to keep Iran from developing nuclear weapons.

Iran has since ramped up some nuclear activities, putting a ticking clock on an attempt to return to a deal in talks between Western powers and Tehran in Vienna.